We've entered the holiday season, but before our team gets ready for their yearly R&R, we're happy to deliver one last SITREP in 2018. In this report, we'll briefly review some of Arma 3's milestones this year, discuss last week's deployment of the Warlords Update, talk about the current status of the Linux/Mac Experimental Ports, and share some of the recent community activity that came up on our radar.

This year has definitely been another highlight for Arma 3. We celebrated 5 years of Arma, rolled out new tracked and wheeled armor (with interiors) as part of Tanks DLC, introduced free bonus assets in the Encore Update, and captured new territory with the latest Warlords Update. Thanks to your support for the Laws of War DLC, we were also able to send a significant donation to the ICRC. All in all, it's great to see that Arma 3 is still going strong after all these years. We'd like to thank you, our players, for the ongoing support, and we can't wait for what the next year will bring to Arma 3 and its community. We can't spill the beans just yet, but there's plenty of exciting stuff ahead!

After a brief delay of a few days, we finally managed to deploy the Warlords Update (1.86) to Arma 3's Main-Branch. We'd like to thank all of the modders and server admins on RC-Branch that helped us discover an important last-minute issue related to mod compatibility. Even though this particular issue was resolved before the update's release, there were unfortunately still some other issues that popped up afterwards. This already resulted in a hotfix last Thursday. We'll share some more info on the current status of things in the Operations section of this SITREP. Of course, if you encounter any other issues with the latest update, please continue to submit your reports to our Feedback Tracker. Thanks everyone for your patience and willingness to help. It's great to see that, despite these issues, a lot of you have been enjoying the new Warlords multiplayer mode!

In other news, two weeks ago we hosted a special Developer Livestream on Twitch in anticipation of Warlords' release. During the stream, we played the new multiplayer mode on one of the public servers, answered some of your questions, and our very own Warlords Creator Josef Zemánek even demonstrated how to set up your own custom Warlords scenario. We also gave away five "5 Years of Arma" hoodies to some of the lucky viewers. Congratulations to the winners: Papa_bear, OP_Clips, Cutmanz, AlonsoVarEmreis, and Resistancerat. We hope you'll wear your new hoodie with pride!

Now lets unwrap some of the recent gifts from the community:

Community artist Greenfist continues to delight with bursts of creativity. This time Greenfist delivered a most splendid poster for the Warlords Update.

Twitter user Nikoaton and his unit shared a fantastic photo of them travelling across the salt flats on Altis.

The Arma 3 BattleRoyaleMod team started to host some new community events, and the next one is scheduled for December 30th. If you're curious to go back to where the Battle Royale hype began, then be sure to sign up today!

YouTuber OperatorDrewski has been playing some Warlords, and it seems like he's been having fun. Check out his latest video for Drewski's declassified Warlords combat footage! 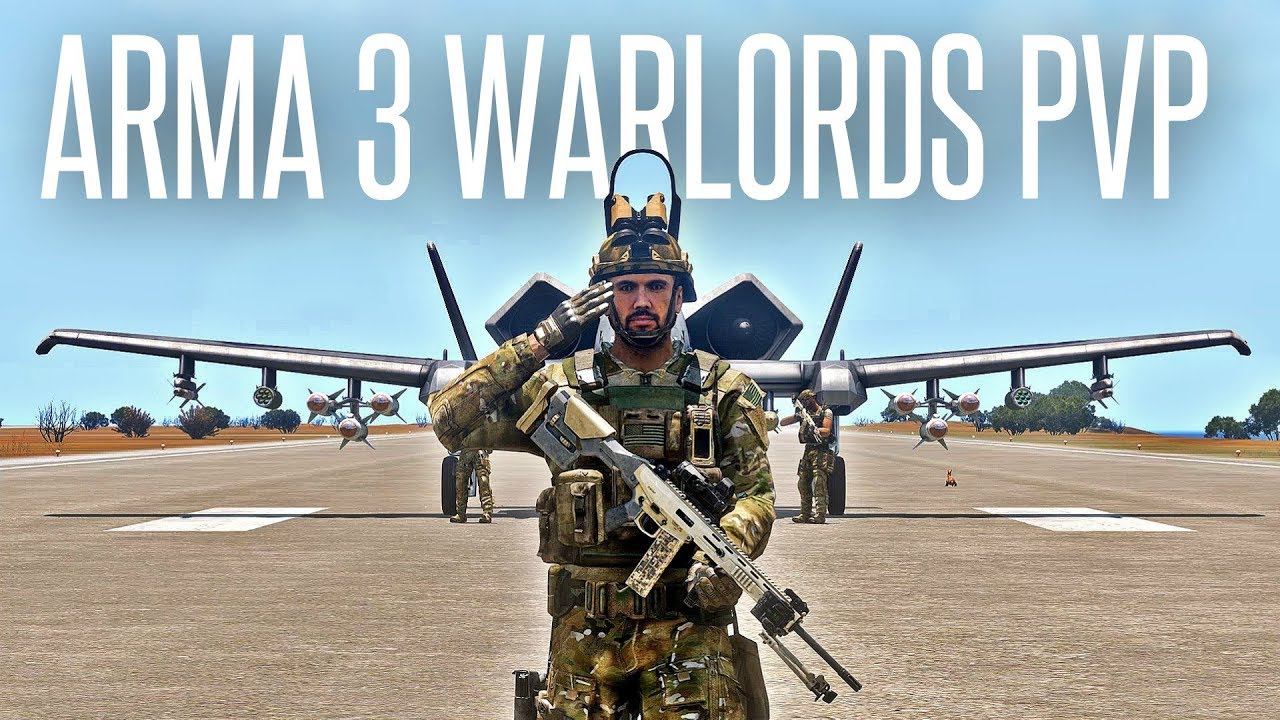 The new low-level engine security improvements that we initially introduced in Update 1.86 resulted in some of our players being unable to join certain multiplayer servers. Given the complexity of the Arma 3 platform and all its (modded) variables, there's unfortunately no quick fix to this - or at least not something that could be released straight away without thorough testing. As such we decided to first release a hotfix that reverted the security improvements (and which also required changing the game version number from 1.86 to 1.88). However, this temporary revert didn't come without a (temporary) casualty. Since the hotfix, there's an issue with Arma 3's in-game server browser where it incorrectly displays a red flag for various servers, even though users wanting to join fulfill all the prerequisites. You will often be able to ignore the red flag and still join the server. However, our primary recommendation for now is to make use of the external server browser that's incorporated into the Arma 3 Launcher. We're currently working on solving this issue, and might release another hotfix. With regards to the security improvements that were now reverted, we're still eager to roll these out at some point in the future as they should help to prevent cheating in Arma 3 multiplayer. Our current plan is to make a version of Arma 3 with these security improvements enabled available for RC-Branch as soon as possible, so that after some vigorous testing in all kinds of (modded) multiplayer environments, we can hopefully re-introduce these improvements somewhere in the new year. We'll make sure to ask everyone, especially server hosts, mod-makers, and community groups, to help us test the RC-branch once it's live.

Since the update went live, we've also been closely monitoring your feedback on the Warlords multiplayer mode itself, and we're already working on a few fixes and improvements. Senior Designer Josef Zemánek: "First of all, I'd like to say that we're very pleased to see your interest in Warlords, and we thank everyone who has provided feedback since the mode's official introduction. We're aware of some of the pressing issues related to teamkilling and massive asset spawning, as well as some other issues you've been experiencing. A number of fixes and various balancing tweaks are already in the works. Aside from that, we've also received several questions on how to make certain mods compatible with Warlords. In case you're wondering the same, my advice would be to check out our dedicated Warlords wiki page. Here you should be able to find most, if not all the information you'll need!"

Together with the recent 1.86/1.88 update, the Arma 3 Tools also received some additional love. DSUtils, Terrain Builder, and the Object Builder were all updated (and a newly discovered issue related to the terrain processor has also been resolved). More info om what's changed can be found in our latest changelog for Arma 3 Tools aka TECHREP.

As our latest update added an improved version of the ADR-97 Weapon Pack to vanilla Arma 3, we've now removed our official mod from the Steam Workshop (or, to be precise, we removed the data except the mod definition). We recommend those who are still subscribed to the official mod to unsubscribe so they will not be restricted from joining multiplayer servers. It's also worth nothing that we've made sure that any Workshop scenarios or mods that were marked as dependent on the ADR-97 Steam Workshop item will now automatically make use of the vanilla game version.

After the recent update of Arma 3's Main-Branch, some of you have also been wondering whether they can expect an update of the Experimental Ports for Linux/Mac. The situation is that we'd very much like to make Arma 3 available on those platforms, and we've been collaborating with our business partner Virtual Programming to make this a possibility (with Arma 3 update 1.82 being the most recent port update). However, each of these Experimental Port updates are quite demanding in terms of preparation and testing. Plus, the work can only begin after the official Windows version of Arma 3 has been successfully deployed to the public. On top of that, the port updates are simply quite expensive. So as our time and other resources are limited, we do need to consider the business side of things. With that in mind, we're currently not yet planning a new port update. However, it is something we might consider again in the future, when fewer updates for Arma 3 are to be expected. Nonetheless, even though we've always been careful to communicate the ports as experimental, we realize that some of you might be disappointed, and we very much appreciate your understanding. For now, in case you would like to play with friends who are running the main Windows version of Arma 3, we will make sure that a legacy branch of Arma 3 version 1.82 remains available for them. Please visit the web page on the Experimental Ports for more information.

You might have already seen our latest trailer for the new Warlords multiplayer mode. This was the first official Arma 3 trailer made by our Game Capture Artist intern, Lorenzo Borrenbergs. Compliments on this slick intro to Warlords! 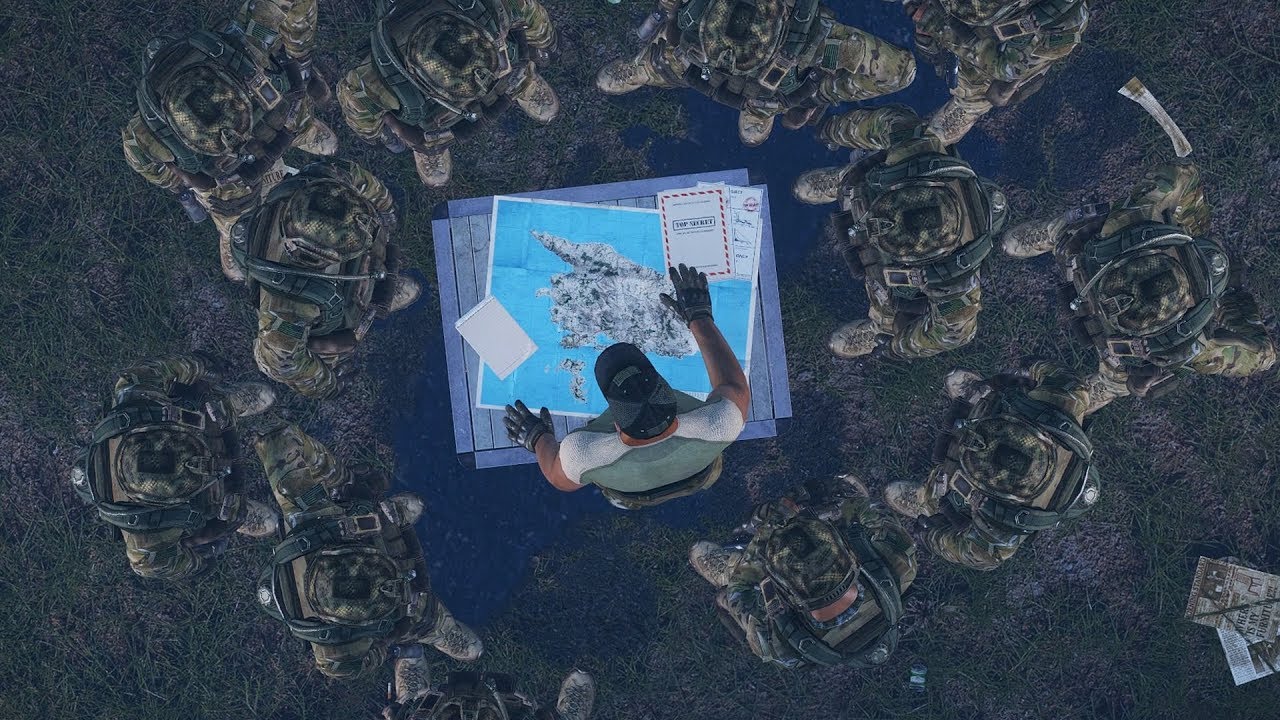 Arma 3 Game Designer Scott Alsworth is the latest Bohemian featured in the #MeetTheBohemian interview series. In his interview, Scott shares some insights on game design and game development, and answers some questions from the Bohemia community. You can read it in full on the Bohemia website.

Alright, that's a wrap on the last SITREP of this year. Of course we'll be back with new reports in January. On behalf of the Arma 3 team, we'd already like to wish you happy holidays and a great start of 2019. Stay safe, take care - and see you in-game!