In this report, we'll be checking out the latest update on our roadmap for 2018, and we'll specifically discuss the upcoming Warlords Update. We'll also briefly cover our first ever Community Playsession livestream, for which we joined the 4th Infantry Brigade in one of their mil-sim operations. And, as always, we'll report on some of the latest activity in the Arma 3 community.

Last Wednesday we shared an update on our 2018 roadmap. We recommend reading the devblog in full if you’re interested in what we still have in store for this year, and to learn more about our plans for Arma 3 in 2019. One of the key takeaways is that, after 5 years of post-release support and Arma 3 becoming a more stable platform, the game will be moving into a more experimental stage. This involves us undertaking somewhat unconventional smaller and bigger projects, as well as working with outside developers to publish original third-party DLC for Arma 3.

The “Old Man” (codename) project, which we first mentioned in our July roadmap update, and which was initially targeting a release in 2018, is one of those smaller experimental projects. This free open-world scenario set on Tanoa is developed by a team of three designers and represents an opportunity for us to learn more about what works in terms of open-world gameplay and what doesn’t. Prototyping the scenario has already revealed lots of design challenges, which will take more time to overcome. For that reason, a release of the free scenario is not in the cards for this year.

We are excited to announce the soon-to-be-released Warlords Update (version 1.86). The main highlight of this update is the introduction of a new large-scale team-vs-team multiplayer mode called Warlords. This new mode is the brainchild of Senior Designer & Scripter, Josef Zemánek (aka Jezuro), and actually already existed on the Steam Workshop since 2015 as his personal project. Over the past few months, we’ve been actively working on the official version, which will offer a more evolved and much more refined experience over the original Warlords. Learn more about the rules of the mode and its development in our latest OPREP written by Josef himself.

As a fun easter egg for creative screenshooters, the upcoming update will also add five special characters in the form of prominent Arma developers. These new characters are largely the result of an R&D project to test Bohemia’s new photogrammetry system (and workflow). This is a special rig that will enable us to more accurately and efficiently create virtual heads and faces. In the case of Arma 3, it did mean we had to adjust the head shapes of these new special characters. As a result, there are some limitations so to avoid potential graphical glitches because of mis-matching in-game clothing items, and these special characters miss facial animations (e.g. lip-syncing and eye-blinking) partly due to their eyes and mouth being in offset places. As such, it will not be possible to customize the characters in the Virtual Arsenal, and they will be implemented in a way that is more similar to ‘story’ characters such as the (in)famous Captain Scott Miller.

Last but not least, Update 1.86 will implement our official mod, the ADR-97 weapon pack, to the base game. This means that you will be able to add these weapons to your loadouts without having to subscribe to the mod on the Steam Workshop. All in all, the Warlords Update is currently available for testing on RC-Branch and is expected to be released to Main-Branch in less than a few weeks.

In other news, last week we hosted our first ever Community Playsession, which was streamed live to the Twitch channel of yours truly, and served as a pilot for future official Arma 3 livestreams. The playsession was a great success, and we would like to thank the 4th Infantry Brigade for welcoming us to one of their operations. The Community Playsession livestream is something we'd like to do on a monthly basis, and if your community group is interested in having us join you for an evening of fun, please make sure to fill in this form.

This year we celebrated 5 years of Arma 3, and YouTuber CallMehTommeh celebrated this milestone with an incredible cinematic montage. Make sure you check it out. It's fantastic! 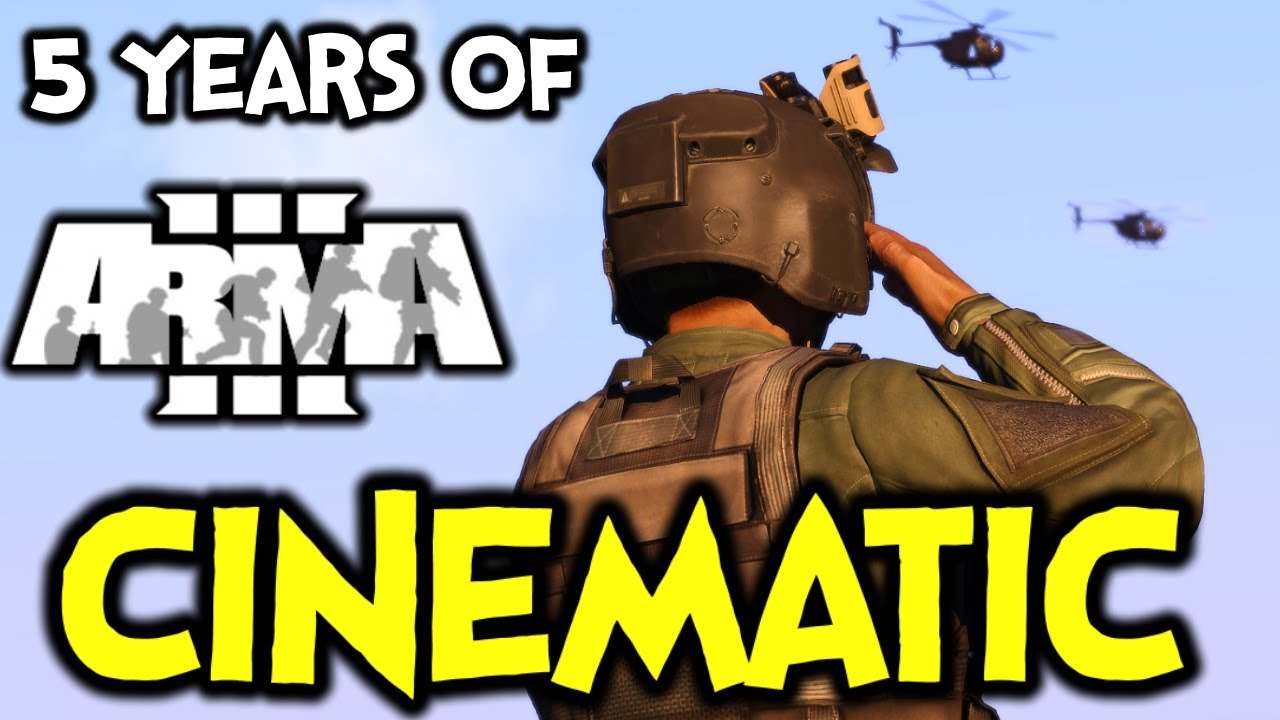 Another content creator by the name of Angularity created an Arma 3 "frag movie" from his King of the Hill sessions. If you're into KotH, it is definitely worth a watch! 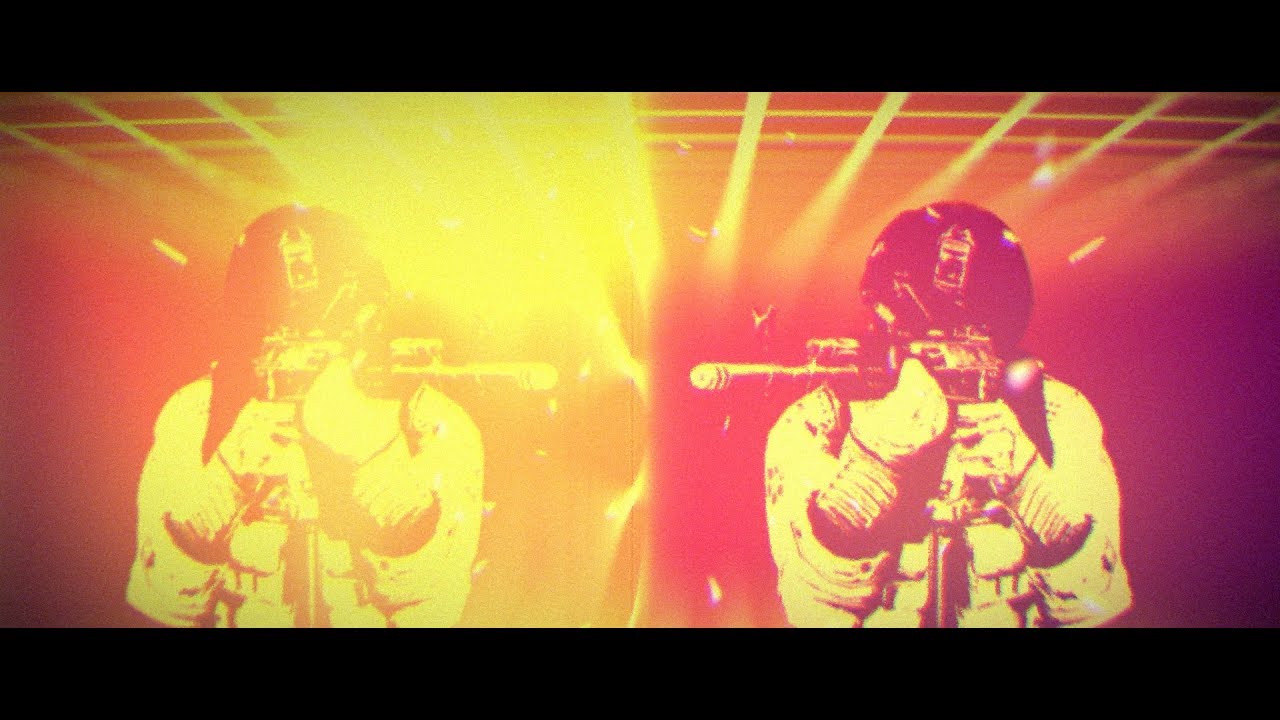 As some of you may remember, we posted an April fools' joke last year where we revealed the Arma 3 SwitchMove DLC. Little did we know that one of our community members would make this a reality. Asaayu is here to present you with the Arma 3 SwitchMove DLC as a free mod that you can download on the Steam Workshop right now! We had to try it out, and it's definitely different from anything you'd expect to see in Arma 3. Check it out and let Asaayu know what you think!

It seems Greenfist and his unit were in the middle of a stealth operation when they were suddenly spotted. This photo was taken during their escape. If this ever happens to you, remember to put on your seat belts, because as you can see, you're in for a bumpy ride.

The one and only YouTuber War Is Hell is back in action, and has recently started up his new "August coup" video series. The series is definitely an interesting watch, and so we'd recommend you to check it out!

Mauricio Plaza captured these cool shots from one of his mil-sim operations, and it definitely looks like the soldier in the second picture is in trouble. Congratulations on the 3000 hour milestone, Mauricio!

Papa_Bear56 has created a comic book using absolutely stellar Arma 3 screenshots. It was originally only available in French, but Papa Bear recently translated it to English for us all to enjoy.

The first version of the Montella-Terrain mod has recently been released to the public. The mod delivers a stunning Italian terrain, and we would definitely recommend you to check it out on the Arma 3 Steam Workshop!

We're currently doing the last preparations ahead of the release of the Warlords Update. Besides that, there are two other notable updates related to our recent development progress worth mentioning:

In a previous SITREP we talked about magazine proxies. This is a feature that allows you to use several visual types of magazines in the same weapon. Unfortunately, the data implementation of the functionality will not be quite ready yet for the Warlords Update, as it still requires some more updates to Arma 3's vanilla weapons. The update does already prepare the configuration data for community mods to utilize this feature and some of the vanilla magazines. We aim to share more technical details on this on our forums.

For some time we've been bothered by how short the audible distances of our ground vehicles were. With a twist to a famous quote, one could say: "if you hear a tank, it's already too late". With Edita as the on-site consultant and after several hearing impairment accidents, we're happy to report that this has been improved. You should now be able to hear a tank coming from a vast distance, or know if there is a tank inside a village close to you. This feature has also been adjusted in accordance with what a player would expect from various types and sizes of vehicles. That means that a tank is louder than an APC, and an APC is louder than a truck, and so on.

We recently began public testing of the upcoming Warlords Update (1.86) via our public Release Candidate (RC-Branch). This makes it possible for you to test the Warlords multiplayer mode ahead of its official deployment. If you'd like to take part in the testing, and assist us in improving the update before release, you can find some more relevant information here.

In support of our RC-testing, Esportsmasters will be hosting a special event for Warlords so we can test the game mode on a larger scale. The event will take place on Friday the 16th of November at 8PM GMT+1. If you're interested in participating with some of our developers in this event, make sure you contact Flash Ranger and sign up!

If you'd like to test the RC of Update 1.86 by playing King of the Hill, then you'll be happy to know that EPM-Gaming and the developers of King of The Hill have also set up a KoTH server for everyone to enjoy. Thanks for the help!

We've also added some security improvements to the upcoming 1.86 update as part of the ongoing effort to prevent cheating. This might mean that the game will take slightly longer to load the first time you launch it after installing the update. These were some important, but also relatively more 'risky' changes, so please let us know if you encounter (multiplayer) issues on our Feedback Tracker.