Things have really kicked off yesterday with the revelation of the official Arma 3 Apex artwork and logo. We hope you're as excited as we are about the setting that's depicted there. It has been a joy to read your discussions about the clues contained within. We're seeing the full package coming together fast now, and soon you'll have all the details yourselves. One particular event to mark in your calendars is the PC Gaming Show 2016 on Monday June 13 at 11:30 PDT / 20:30 CEST. Creative Director Jay Crowe will be on-stage to announce the release date for Apex, and to drop more splendid Intel. The show will be live streamed on various platforms, including a mirror on our Twitch channel. There will no doubt be a recording for on-demand viewing afterwards as well. Be sure to stick around for the after show for more Bohemia Interactive coverage!

Before we look ahead even more, let's take one more peak back at the recent 1.60 update. Besides the Visual Upgrade, shown off brilliantly by CallMehTOMMEH, there were many more cool aspects. To make sure you didn't miss a thing, take a look at our top 10 favorite changes. They weren't necessarily ordered by any parameter, but they stood out to us as useful steps forward. The pretty comparison images and other media should give you a much clearer view on the improvements. Another synopsis is offered by our friends at the ARMAnet podcast in their recent debrief episode. 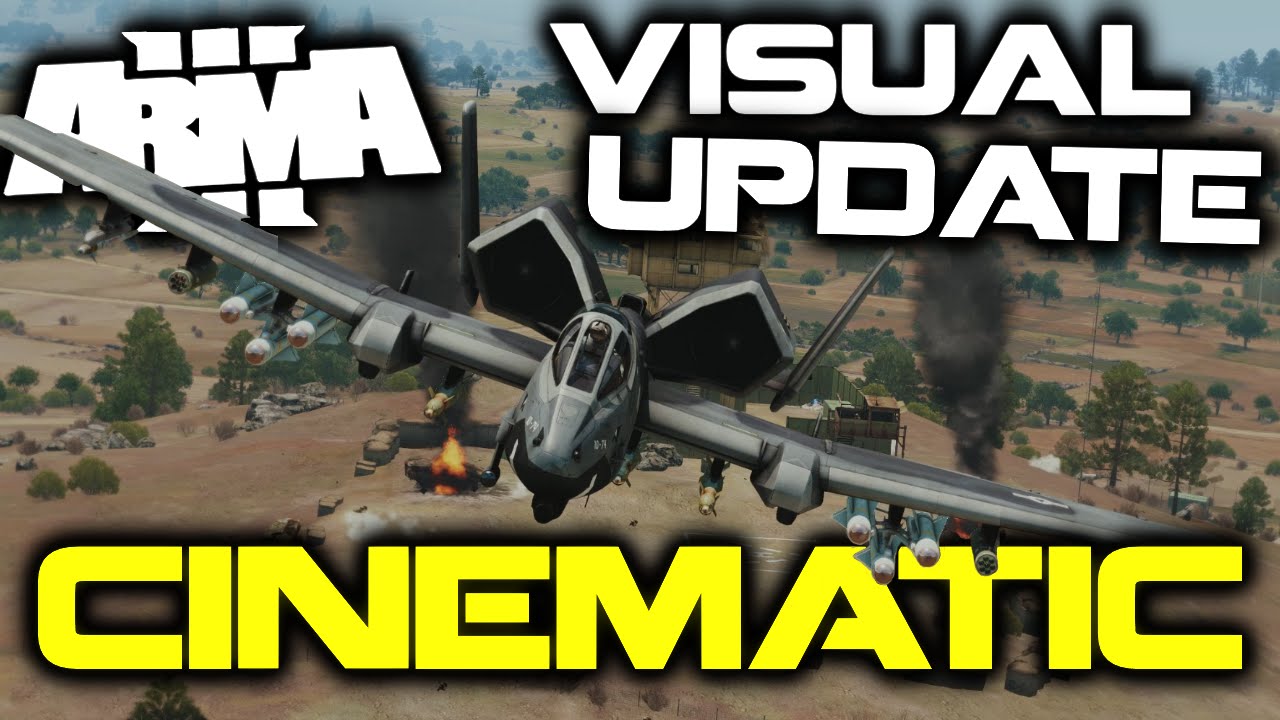 We were blown away by KinglesPringles' awesome machinima showcasing the Operation: TREBUCHET mod. If you'd like to stay aware of how development on this unofficial mod is progressing, do check out their UPLINK reports! 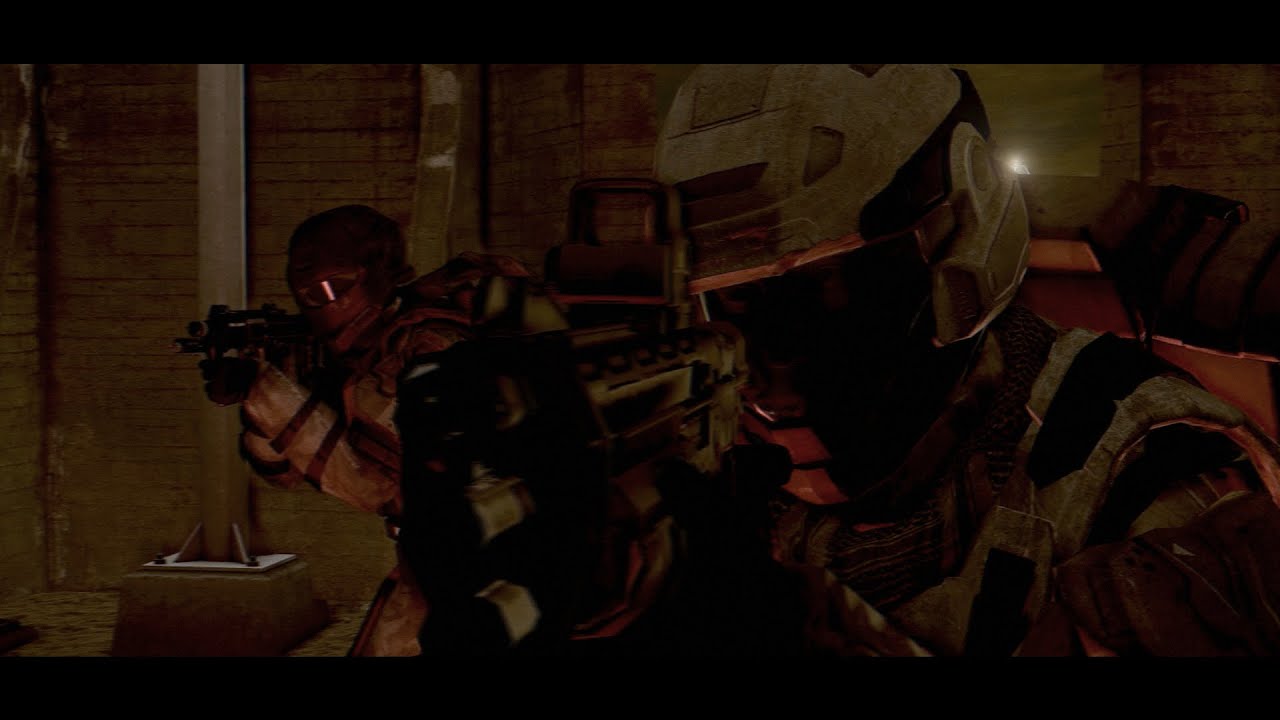 The plan was to ambush Apex owners by staging the Tanoa terrain to our experimental Dev-Branch. But it turns out some distribution and ownership issues are delaying your hands-on exploration a little longer. We are liaising with our Steam partners to get this resolved quickly, because we know the game build itself works well. For unknown reasons the Steam API is feeding incorrect ownership status to the game, and it's also refusing to download the Tanoa data to you. Know that there is nothing you can do on your side to solve this. We're pursuing a solution as soon as possible. We would also like to remind you of the type of build you're getting by using Dev-Branch. This is not and has never been a final release state. Please take a look at the branch overview of limitations, and consider whether you'd like to jump in or wait for the full release. Of particular note are the expected large daily updates. Due to the EBO (Encrypted PBO) files not being friends with Steam's delta patching, you can easily see hundreds, if not thousands, of MBs getting pushed around. To tide you over, enjoy this sneak preview video by our very own CEO: Marek Španěl.

But let's assume the access issue gets solved soon; then all Apex owners get to explore the entire Tanoa terrain. We're very proud of how it has turned out even given the polish that's yet to be done. It looks great, feels authentic, and provides for a plethora of gameplay possibilities. Please share your feedback with us on the forums, and report glitches on the Feedback Tracker. You'll probably still encounter misplaced objects and similar issues, and your reports will let us solve as many as possible before the full release. Please also allow us to respectfully ask you to mark any media you share with some indication that this is still a work-in-progress version, so that it may be clear for future viewers. Finally, since exploration is such a key part, consider not sharing some of the unique locations too prominently. Let eventual Apex owners be wowed by the locales our environment designers have worked so hard on. But most importantly: have a lot of fun playing around in this new green sandbox! 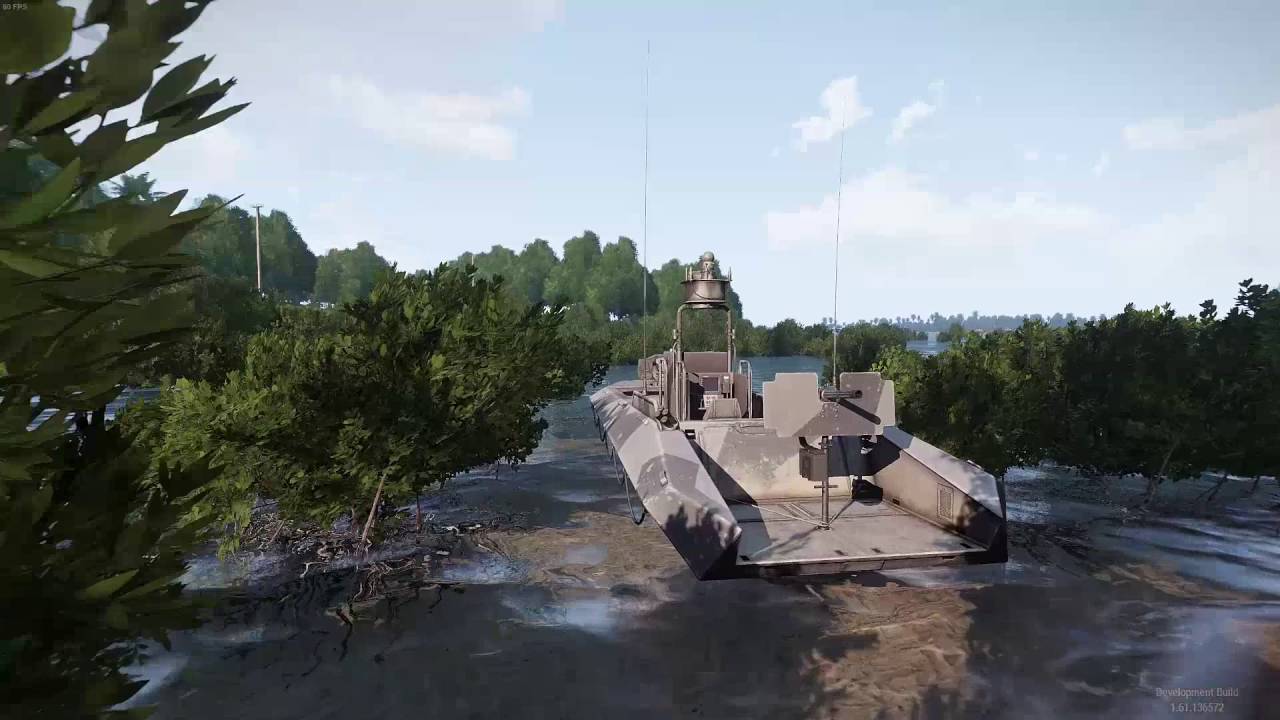 With parts of Apex coming your way on Dev-Branch, we should explain how Content Licensing will work with regards to our established DLC strategy. Let's get the easy parts out of the way first: all vehicles, weapons and character gear will work as it did in previous DLC. You will be able to try them freely in VR Arsenal / Garage. When you encounter and use them outside of that mode as non-owner, you will meet various limitations and messages. Various decorative props, as well as all new features and technologies are free to every Arma 3 player out there! This is made possible thanks to the continued awesome support of the full player-base.

The difference is the Tanoa terrain itself. Here you really need to own Apex to gain access, whether in the editor or multiplayer or any other avenue. Not only that, but the Tanoa-specific data, such as environmental objects and structures, is only downloaded to Apex owners. This is a necessary departure from the previous approach where everyone shared the exact same data-set. Practically what this means is that you should carefully consider including such assets in your custom content, because non-owners may struggle to play it. The motivations for doing this are the sheer size and scale of Tanoa, and the investment behind it. We did not find a reasonable way of implementing a try-before-you-buy approach here. In addition, the extra ~6 GB of data was too large for us to force onto every Arma 3 player's installation. We think that once you explore Tanoa, you'll clearly see the years of effort our team has put into it, are worth it!

Shortly after the 1.60 update, there was a small hotfix to address several miscellaneous issues discovered after rolling out the build to everyone. Inspect its SPOTREP for all the details.

The folks of the Foxhound International community group have published a very handy reference guide for scripters. It's a single sheet PDF with lots of relevant SQF scripting topics like: syntax, operator precedence, control statements, locality, etc. While you are there, soaking up the knowledge, also go over their other development blogs. Thanks for your contributions!