10 months ago, with the goal of avoiding a split in the multiplayer player base, we released Karts DLC as a test-bed for our DLC strategy (and an opportunity to fundraise for a good cause!). Since then, we've introduced 'premium content', dynamically restricted for non-owners, and free 'platform updates' available to everyone.

This approach has spawned numerous discussions on all channels and, after extensive feedback and iteration, it has stayed with us. Marksmen DLC is a good opportunity to take another look on the goals and underlying principles of our approach.

Content Licensing is our in-house name for our DLC strategy, based on 3 pillars:

With this approach, every Arma 3 player gets all the DLC data and is able to see everything in game. Generally speaking, features are expanding the platform and are free to everyone, while the premium content may be limited for the non-owners. Moreover, having DLC data available in-game removes the past obstacle of finding servers that have the same DLC as you. Now, everyone has everything.

We pioneered this approach with Karts DLC and asked for your feedback in an extensive DLC Survey, collecting over 750 responses. Once again, thanks for taking the time to respond in an exceptionally detailed, constructive and a pleasantly polite manner. Based on your feedback and a careful observation, we decided to keep the experimental DLC strategy and expand it to cover the main findings from the survey, namely:

A brief recap first; our DLC packages are produced according to the philosophy of a platform base and premium content on top. We see Arma 3 as a platform for both our and community content. With each DLC, we get an opportunity to develop the platform a bit more - with new features like Firing From Vehicles and Bipods (Weapon Stabilisation) - and also to provide continued extended support (fixing bugs, performing optimization, handling Steam Workshop mods, etc.).

This aspect is free, and that is slightly misleading. We might have argued that the effort of developing the features was big enough to justify asking money for them. And arguably, they would have paid for themselves, including the cost of splitting the platform and twisting the player experience. After all, that is something players know from many other titles. But with the platform and long-term future in mind, those arguments diminish to make space for a more consistent environment for everyone.

This makes even more sense when it gets aligned to our experience with previous titles; we do believe Arma 3 will be played and enjoyed by players for a few more years to come. So the features are free, but we still need to cover their development costs. Therefore: enter premium content.

Premium content exists as counterweight to the zero cost for platform updates. The new vehicles, weapons and scenarios that are accessible to the DLC owners, serve as a justification and a thank you for the people who will purchase the DLC. We know that talented community creators are able to create assets of a high quality and we embrace that fact with appreciation and encouragement. That is an aspect of Arma and its community we want to preserve and nurture and we hope you do as well.

Not all assets are premium. Various small and decorative objects with a minimal effect on gameplay are considered to be 'platform'. But a DLC - and Marksmen is no exception to this - has both a platform and a premium part. One would not exist without the other and every DLC purchase contributes directly to ongoing platform development.

Owing to your great support, we have the privilege to try approaching things a bit differently than we had with our previous titles and to what some other game companies are doing. Thank you for that. 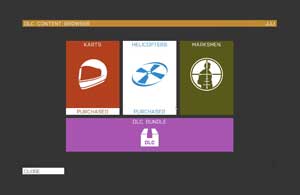 In Helicopters DLC, we added a new menu as a portal for DLC assets, playable content and features. The goal of the dialog was to present the content of each DLC in a compact and definitive manner. It also seeks to improve the recognition of the premium content and free platform features. With Marksmen DLC, we had time to implement a 'try-before-buy' feature into the DLC browser. 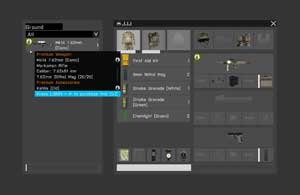 To improve orientation between vanilla and DLC content (platform and premium alike), in game menus and editor fields now contain an icon of a related DLC. This tech also works for user mods. The creator may provide a small icon in the logoSmall parameter of CfgMods, and assets added by the mods will show the logo (documentation). Besides that, we have improved identifying (non-owned) premium content in the inventory and on the ground for the Take action.

Such items in the inventory will show a colored ribbon with a DLC icon and have a tooltip detailing the item and attachments. The Take action on premium items is now expanded by a small notification near the action menu. Other changes for easier identification between vanilla, premium and modded content are coming (some of which were already present in update 1.42 ). They will be detailed in one of the future OPREPs.

Formerly, only vehicles had a restriction in place, meaning you could only enter a non-owned vehicle as a passenger. With Marksmen DLC, we decided to make the premium weapons restricted. That means that without the DLC, you will normally not be able to equip them. This is a change from Karts, where you could equip the Starting Pistol.

There were three major factors that led to us making this change:

Having weapons equip-able could create an unequal field, when comparing weapons to vehicles, scenarios and terrains. We are not sure about the approach yet, and will be considering and evaluating this some more. For now, restricting weapons to the owners seemed like a fair deal for the creators, while being more intuitive and consistent for the players.

That's about it. As always, if you have any suggestions, improvements or comments regarding the DLC strategy, reach me at gekon[at]bistudio.com.

We hope you'll have fun with Marksmen DLC. See you on the shooting range!