This week's SITREP is a little light on fresh development news, but that is not to say there's nothing going on. In fact, it's the opposite! While we're not quite ready yet to unveil more details on the upcoming Arma 3 "Orange" DLC, our Amsterdam team is working hard to finish and polish the last bits and pieces ahead of its official reveal announcement. Meanwhile, our brave developers in other locations are improving and fixing a few long-term standing issues in Arma 3. Of course, the other DLC on our Roadmap, Tac-Ops and Tanks, are also in full production and approaching some important internal milestones.

A few weeks ago, we've introduced two new languages to Arma 3; simplified and traditional Chinese versions are now available, and enable our Chinese-speaking community to enjoy the game in their native language. It's great to see our modding community supporting these new languages also, such as the legendary ACE3 mod which is already available for the Chinese versions as well. 你好 (ni hao / hello) to all new splendid recruits!

Last week, one of Arma 3's French community groups announced their new (or should we say returning) mod, Operation Frenchpoint, with an epic new trailer! Created by a group of people with roots going all the way back to the first Arma title, this mod aims to bring new characters, vehicles, structures and terrains to Arma 3. By releasing the content across smaller packages (some of it planned for this year!), they hope to establish a top-notch standard of community modding. We cannot wait to see the first part released and will certainly keep an eye on the progress! 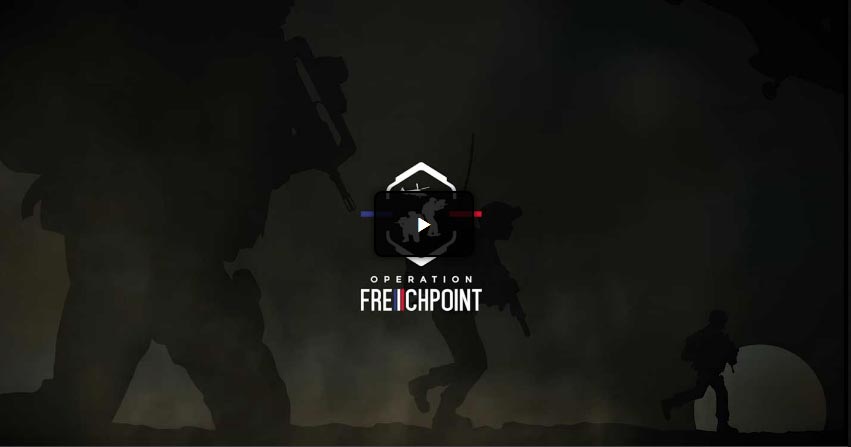 Another community mod we'd like to spotlight is Advanced Tumbleweed. Inspired by Katamari Damacy, players need to roll a ball and collect as many objects along the way as possible. Needless to say, this leads to many hilarious and unexpected situations. It is quite a sight to see this sticky menace rolling around the terrain and claiming everything in its path. An unusual way to enjoy Arma 3 for sure, but we like it!

Some of our internal efforts are now focused on further improving the stability of Arma 3. Dev-Branch players may have already noticed various seemingly unrelated fixes touching various aspects of the game. Nonetheless, there is some structure to them, which mostly depends on the given priorities as well as the availability of particular experts. To name a few improvements: the setUserMFDvalue script command is now able to change colors of the MFDs, the velocity indicator of the Caesar airplane is now tweaked to work correctly, and a new drawTriangle script command has appeared. There were also plenty of fixes to all our campaigns, and some of the scripted functions, plus several Event Handlers. Overall, a fair share of longstanding issues are being addressed and are scheduled to appear on Arma 3's Main Branch in Update 1.74.

A new subreddit related to Arma user-created content has started a new life on reddit. /r/ArmaWorkshop aims to promote new additions to Steam Workshop and hopes to engage fellow redditors in questions and discussions. With the help of reddit's native karma system, outstanding additions will always be featured on top. On top of the popular /r/Arma and /r/ArmaDev subreddits, /r/ArmaWorkshop is a certainly an appreciated addition. We highly recommend you to subscribe for an even more complete overview of the community's modding activity!

Bohemia Interactive is still actively looking for new colleagues to join our ranks! For the quickly growing company that we are, there are plenty of open positions, both for newcomers to the industry and senior experts looking for a new challenge. If there's something you're interested in, do not hesitate to contact us or apply directly to on the Careers page!