reported by Vojtěch Kovařič on August 8, 2017

There's been lots of things happening behind the scenes over the past few weeks! Currently, we're moving full speed ahead to get some exciting new intel and content ready for you Soon™. In relation to this, internally we've now entered the Data Lock stage, which is one of the first steps towards the next Main Branch update. Aside from that, Bohemia Interactive is preparing for a visit to gamescom, where we will have our own booth manned by various developers.

The so-called "Orange DLC" (working title) is approaching its very final stages of development before making its public appearance. We can't wait to properly introduce it to you, which might or might not be much sooner than folks think. Before that, there's one thing we'd like to address. In one of the news articles on the Bohemia Interactive website in March, we announced the price of the "Orange DLC" as € 6.99 / $ 7.99 / £ 5.99. However, during its development, the "Orange" package grew beyond our initial expectations in terms of content and concept. For this reason, we decided that when the "Orange DLC" will first go on sale/pre-order, it will be priced the same as our other full-sized DLC, such as the recent Arma 3 Jets, at € 9.99 / $ 11.99 / £ 8.99. The price of the DLC Bundle 2, which was already on sale and includes the "Orange DLC", will not be changed. Effectively this means that people who have purchased or will purchase the DLC Bundle 2 will get more value for the same price. Although we cannot provide any more details just yet without spoiling the surprise, we can already say that this package will be a very interesting and worthwhile addition to the Arma 3 experience - and we hope you'll feel the same way after seeing the full incoming reveal announcement! Later, as with many other major additions to Arma 3, we'll also be publishing a developer diary video to introduce this project a little bit further. The filming of this has already begun, and we promise there will be no shortage of "splendids" from our Creative Director Jay Crowe!

Later this month, Cologne will host Europe's biggest trade fair for interactive games and entertainment: gamescom. Bohemia Interactive will enjoy a presence there with a booth, providing visitors with the opportunity to play a work-in-progress build of some of our games. To give you all a taste, we thought it would be best to organize a pre-gamescom live stream, in which our developers will talk about the games while playing them. We hope to share more details about this event next week. Follow our social media (Twitch, Twitter) to get all the information!

Community creators GAMmovies‏ recently published a brand new Armachinima video. Although it's quite short, it tells a complex story in a clever way by just using a single perspective while changing the environment and setting. As a result, we get to see epic footage that says a more than a thousand words - not only about The Warrior, but even Arma 3 as a whole. 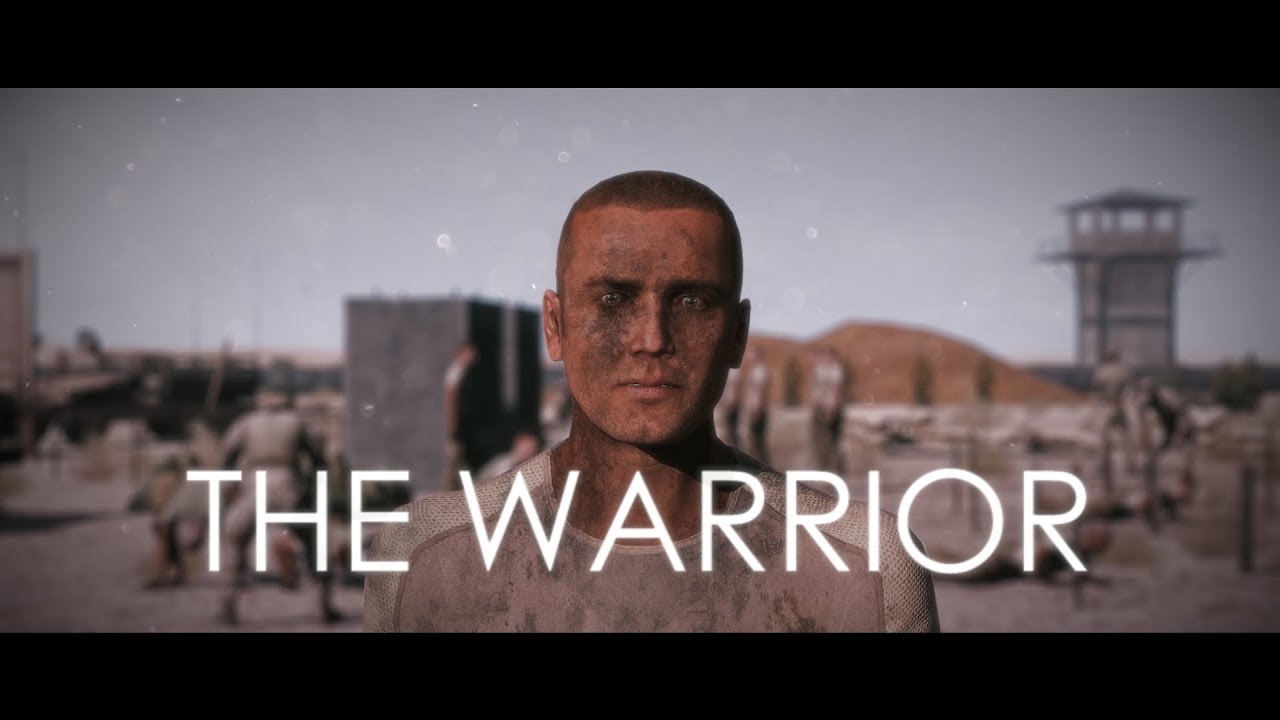 We always love seeing long-standing mods get major updates that bring massive improvements to their already solid and rich foundation. One of these mods is C2 - Command & Control, which recently introduced Map Planning, Draw Suppression Zone, Marker Unification, and many, many more features (while still ensuring compatibility with other major mods!). Needless to say, we're beyond impressed by Mad Cheese and his mad skills. If you like advanced commanding of AI units and enjoy spending time in custom singleplayer scenarios, Command & Control is highly recommended! 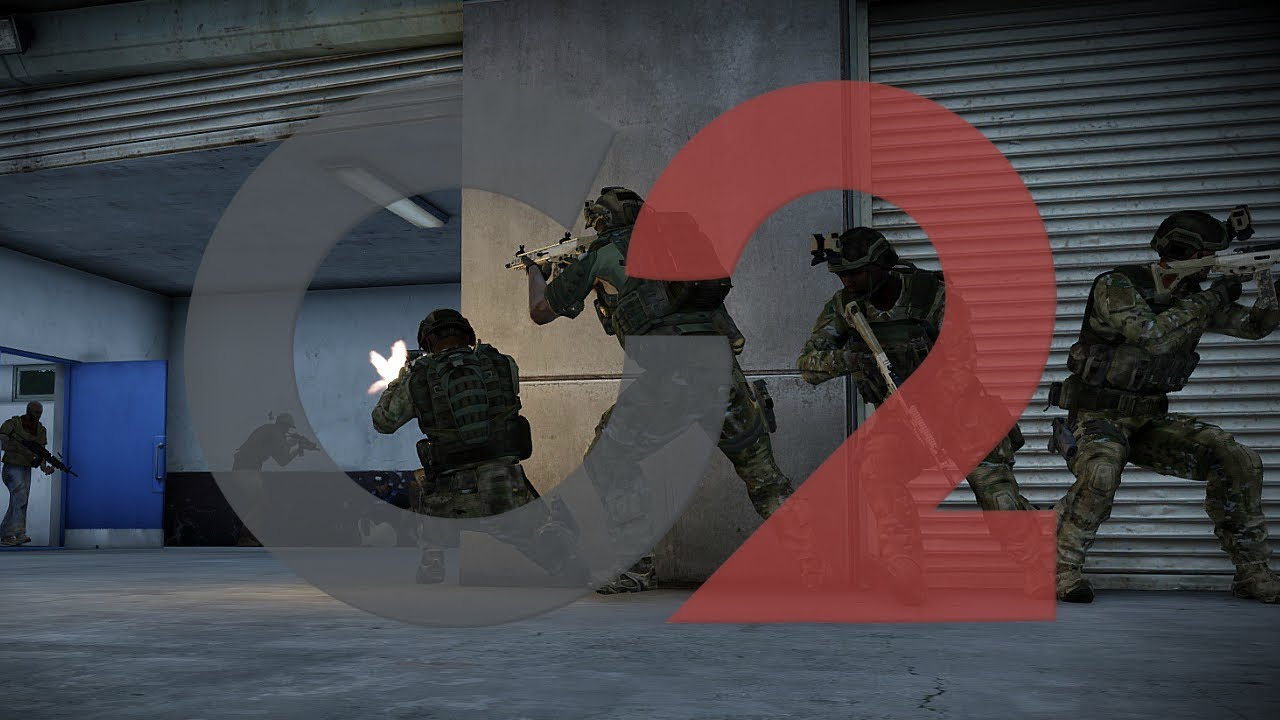 Last but not least, we're showcasing the art of atmospheric tension build-up in scenarios. After three months of development, community scripter and YouTuber Alphoux unleashed his coop scenario to the Arma 3 Steam Workshop. Driven forward by a terrifying story, up to four players can now experience the full horror of Dread: The Unknown. The scenario offers also its own unique sound track and the only weapon that players will have in their arsenal is a flashlight. What else needs to be said? Go and try it right now, it's an extraordinary experience!

One of the Arma 3's legacy issues connected to how AI spot and engage enemies is currently being addressed in Dev-Branch. Senior Programmer Krzysztof Bielawski spent some time operating in low-level areas of the RV Engine to refactor the Skill and Precision parameters of AI units. As a result, behavior of AI should now be more predictable. While the change might not seem that significant to our players, it actually allows for faster iterations to achieve desired results. The values of said parameters (ranged between 0 - 1) should roughly correspond with the previous setting. The real improvement lies in the predictability of AI skills. It should not take an enormous amount of time to precisely balance things out anymore. Technically speaking, we are also able to adjust the system in a much faster and cleaner way. As always, your feedback is more than welcome on Bohemia forums. Thanks to those who already posted their constructive notes!

Subscribers to our daily Dev-Branch changelog may have also noticed several improvements related to armored vehicles. As there were some speculations about the purpose of the changes (e.g. new animation sources for vehicle crew), we can confirm that these are connected to development of the upcoming Tanks DLC. We feel it's too soon to introduce any details about what the DLC will bring, yet we already experiment with multiple approaches and it feels only fair to unleash improvements that community modders can immediately benefit from. Standard bisclaimers apply: some of these changes are rather experimental and may not appear in the final DLC due to various reasons. Despite that, we are excited by Tanks' progress and look forward to share more details in the future!

Arma 3 Main Branch has just received a hotfix to address some security concerns that were reported to us. Since the changes touch Arma 3's net code, we decided to raise the game version to 1.74 in order to ensure a smooth gameplay experience without network and compatibility-related problems. A big thank you to our alert community members for pointing us toward the issue and kudos to community Dedicated Server administrators for updating their servers swiftly.

Several Arma 3 official servers are now in process of changing some of their hosted scenarios. This is done per the request of the scenario authors. Specifically, it means we have shut down our own official servers that offered the King of the Hill scenarios. The reason is that we don't mean for them to 'compete' with community-run servers (if you want to play King of the Hill, there are still plenty of servers to pick from!). We're now looking into other options on how to promote community-made content and hope to launch other splendid creations on the official servers soon!