The development team is now making final preparations for the first post-Apex main branch update. Containing countless fixes and improvements, update 1.64 will aim to increase the stability and performance of the Arma 3 platform. Based on the feedback from players, we are also making changes to the Apex Protocol campaign (more about them below). We hope to have the build ready for internal testing in the middle of this week and enable it for public RC testing as soon as it passes the Quality Assurance evaluations. Follow the official Twitter account or subscribe to the dedicated forums thread to receive the information once it happens.

The most significant event of the previous week in the gaming world was without any doubt the Gamescom. While Bohemia Interactive had no official presentation or booth at the trade fair, ambassadors from the development teams were sent to attend, gain some experience and meet new people. Listening to lectures from colleagues from different companies at the GDC and then switching to Gamescom created the ultimate experience; something our attendees will not easily forget. Aside from the fun and entertainment, a number of crucial meetings with partners from various companies and industries took place. It was a lot of fun, until next time, Cologne!

Community creator Jester814 released a second part of his tutorial for scenario creation. Building a mission in Eden Editor on the newest version of Arma has never been simpler and Jester does a great job at showcasing some tips and tricks while taking a structured and organized approach towards the goal - fully garrisoned enemy base with patrols, guards and technicals. Be sure to check out the first part in case you have not seen it yet or jump straight in with Part 2. 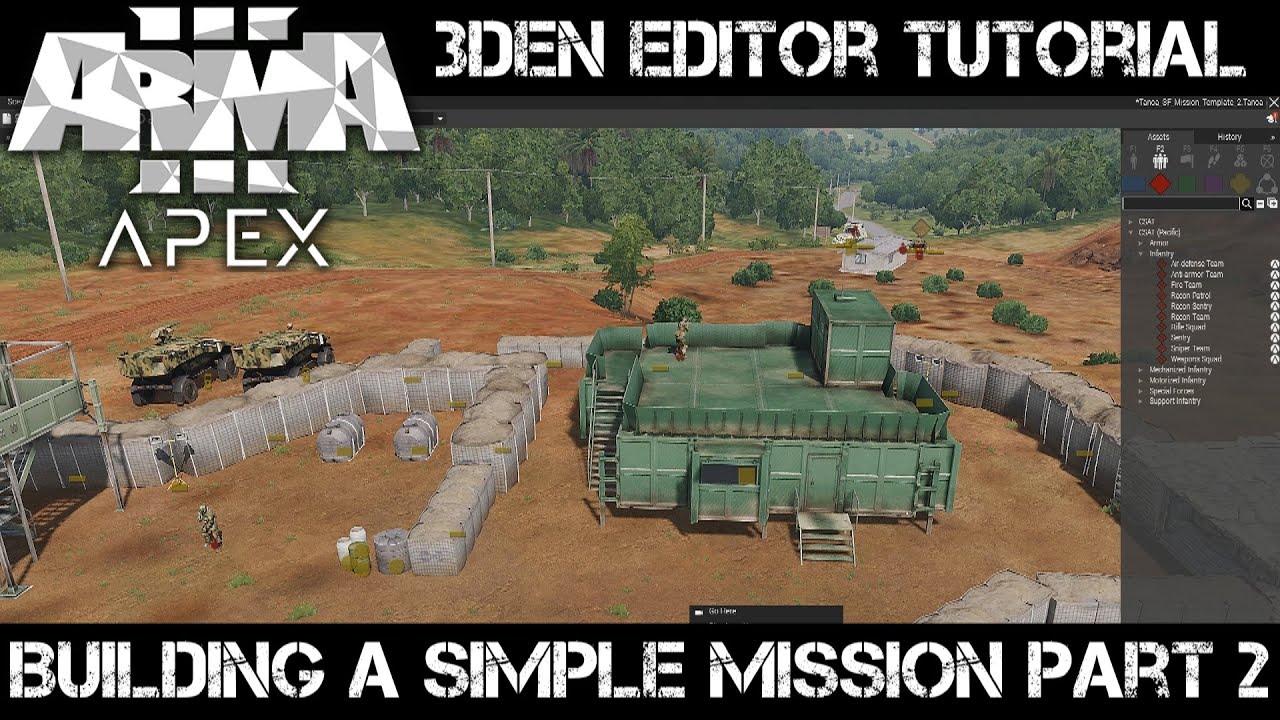 Launcher's Wizard and Senior Programmer Jiří Polášek shared some of the new improvements to the Launcher. It is now possible to search in all available startup parameters. Advanced users will surely appreciate the possibility of setting your favorite parameters; these will appear in the upper part of the Favorites tab and can be toggled swiftly. You can already try the changes on Dev-Branch, they should also appear in the 1.64 update.

There have been several reports from the community describing an issue with character hit points in relation to the distance to players. While the issue itself has been present for quite some time (even in previous titles), it is not something we can easily fix due to technical limitations. Petr Kolář, the Project Lead of Arma 3, adds more details: "Some of you might have noticed a strange behavior of soldiers sinking to the ground in the distance. This tech has been with us for ages, actually even in Arma 2, but it rose a discussion recently about the purpose. If we go literally deeper, the effect is used to simulate higher grass that is not rendered on distance and some sort of camouflage the grass provides to soldiers. How does it affect the character in game? The change is just a visual one from observer point of view, there is actually no part of the character in terrain, and that goes even for the geometries. As a result, there is a small difference between the actual hit points position and where it seems they are. Should we choose a different approach, there would be actually more issues - moving the geometries into terrain would drive the game physics crazy and rendering grass in high distances is something we were investigating without any reasonable outcome."

The difficulty and respawn settings in the Apex Protocol campaign have been overhauled. After a careful evaluation of the feedback we have received on the forums and social media, we have prepared a solution that responds to some of the most common notes. Players now have more control over the way their characters are respawned. By default, each scenario now allows for a limited number of respawns. Players can unlock additional respawn tickets by completing tasks. Also the Revive feature was tweaked. When reviving a teammate (with the default settings), a First Aid Kit is required and consumed upon the revive itself. Both respawn and revive settings can be easily adjusted in the Campaign Lobby to be completely forgiving (unlimited respawn, unlimited revive) to a really hardcore one (disabled respawn, disabled revive). Scenario fails if there are no players left alive. The balancing of the tickets is still under an iteration, players are encouraged to provide feedback to the dedicated forums thread.