Our clean sweep of the game continues during these first few post-release weeks. Besides making improvements to Apex itself, we've also been addressing your reports on older content, and will continue to do so. Some documentation has already been published to the Bohemia Interactive Community Wiki, while more elaborate topics are in progress. This all goes hand-in-hand with mapping out our further roadmap for Arma 3 development and support. It will still be a little while before we have concrete details for you, but you're already in the right place once any news breaks!

Taking a look back at the #RoadToApex, our Creative Director Jay Crowe has highlighted a selection of Arma 3 accomplishments in a new development blog. He goes over the major releases before the expansion, Apex proper and the platform updates, before concluding with a brief glimpse of what's on the horizon. It also includes some love directed at the awesome community, so you're really best off just going forth and reading the blog!

Since the 1.62 update introduced 13 new Steam Achievements, we'll highlight a few of them over the coming weeks. They don't only serve as 'bragging rights', but can also point out interesting functionality or content you may have missed. Take a look at the full list here. The "Better with Friends" achievement had a global unlock percentage of 0.1% when we first highlighted it, but that has since been boosted to a modest 0.2%. But wait, let's take a step back and explain what you need to do first. This is one of the "Apex Protocol" co-op campaign achievements. It unlocks after you have completed all of its missions with at least 2 players, because as the title suggests, the campaign is best played together.

Working through the missions in a team can be very rewarding. There are a few tips we'd like to offer for maximum success. Did you know the Dynamic Groups feature also seen in End Game is partly available? You can't actually disband the team, because Raider 2 is simply needed for the narrative, but you can promote another team leader! Access the interface by pressing U by default. We also recommend you stick together when tactically possible as it will let you Revive each other more often (bleed-out timing has since been tweaked on Dev-Branch), avoiding the more lengthy respawn procedure. Try to select a good balance of specialty roles in the Respawn Screen (check DETAILS for a full inventory listing). Having a grenadier, autorifleman or marksman available can make all the difference. Communicate your plans by plotting a good tactical approach on the 2D map, for example by drawing lines (Ctrl + LMB) or inserting other markers. These are currently broadcast on the communications channel you have selected for text chat and Voice-Over-Network (type via /, speak via Caps Lock and change channel via < and > by default). Finally you can remind yourself of the mission objectives by pressing and holding J for 3D indicators of tasks, tapping J twice for a more elaborate overview, or by pressing M for the full 2D map briefing and task assignments.

Speaking of working through the campaign together: it was interesting to watch one particular play-through by Jester814 and his team. They approached the missions quite tactically, communicating a lot and planning approaches. They did use various cool gameplay mods at their own risk, though they mostly seem to have worked in conjunction! Before you dive into the videos, please know that they will spoil all events, including briefing scenes! 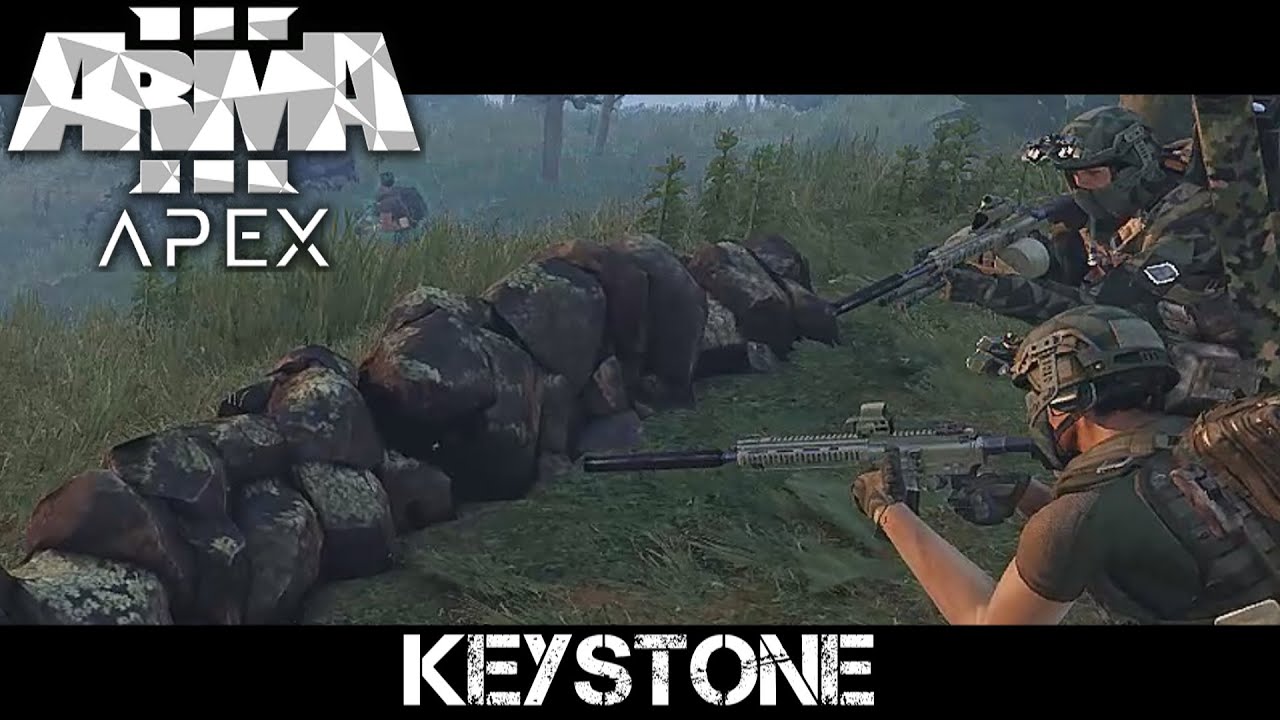 Since many of you meanwhile rock 50+ GB mod libraries, Senior Programmer Jiří Polášek has plugged in a much sought-after improvement for the Launcher on Dev-Branch: mod search. This should make finding and filtering mods quite a bit more manageable (shortcut combination Ctrl + F also works). As added bonus, the public documentation has been updated to reflect the current state and recent additions such as the DASHBOARD and SERVERS pages.

Sadly we're not really much closer to finding the cause of the potentially drastic performance degradation that some players experience at seemingly random play times. Clues do point to memory management, but it's not quite so straight forward as an identifiable 'memory leak' or a common factor among cases (e.g. little available RAM). The game appears to run out of available memory, and fails to negotiate for more from the OS for unknown reasons (a process which actually happens without problems quite often, via memory allocators). We're analyzing the very useful profiling data from helpful Feedback Tracker users, who use special profiling clients to send us captured performance snapshots. We're going to continue eliminating causes to hopefully hone in on the root cause.

We're glad to have our Feedback Tracker platform open for your reports after its absence a few months ago. It's not the most user-friendly framework in all aspects however, and we're limited by what modifications we can make to it. What should really help beginning reporters though is a new user guide by QA Specialist Radek Pazdera. Go take a look for general guidelines and specific requests for reporting crashes or other issues. It will demonstrate where to find your exact game version, selected Steam branch, logs, system specifications and more. Providing all the relevant information in clear ways will make it easier for Radek, the QA teams and our developers to process and prioritize your feedback. Our thanks for your contributions to a better platform!

How about we end this week's report with a bit of casual fun? We'll put a challenge out there: can you go even deeper? #Armaception