Welcome to the last SITuation REPort on the #RoadToApex. By this time next week, owners will have access to the Apex expansion on main branch, and everybody will be playing the free 1.62 update. That also means you have less than a week to make use of the 20% discounted pre-order. We hope you're as excited as we are for everyone to be able to enjoy Apex, Tanoa and all the platform improvements soon.

Getting your feedback and issue reports has been of great benefit to the release state of the expansion. Many things were fixed, and other aspects were tweaked or changed based directly on your comments. Some changes were not feasible in time for release, or even will not be during the game's lifetime. Speaking of which, we obviously will keep supporting the game after July 11! There will inevitably be issues in the wild, that we will do our best to solve as swiftly as possible. Please be patient while your favorite server admins update their farms, while modders release their compatibility updates, and while we all get used to this big step forward for the game. The Apex release will occur in the evening (CET) because we need to synchronize with our Steam partners. Considering the big data download and complexity of the update, it may take a brief while for things to settle. We have no doubt that in the end, Arma 3 will be a better game once again.

We've recently said our goodbyes to a true champion in Bohemia Interactive's Publishing team: Executive Producer Jan Kunt. Operating outside of the core development teams, you'll maybe not have heard his name before, but he has been essential for our releases over the past 9 years. Jan was our liaison to Valve (Steam) and other third-party contacts, making sure everyone was in sync and problems got solved. He also coordinated ratings, licenses, ports and many more efforts surrounding principle game development. We would like to thank him for his tireless work and to wish him well on his next adventure!

Perhaps sneaking by you amid the Apex Sneak Preview fun, we recently hosted another #milsim live stream in cooperation with the RG Task Force. The event was nicely shoutcast by MicOne, RG's Andrews and our own Community Developer Greg Becksted. Taking place at varied locations on the brand new Tanoa terrain, we witnessed 3 Team-versus-Team matches using the official Spectator mode. You can now view the entire event in this recording! 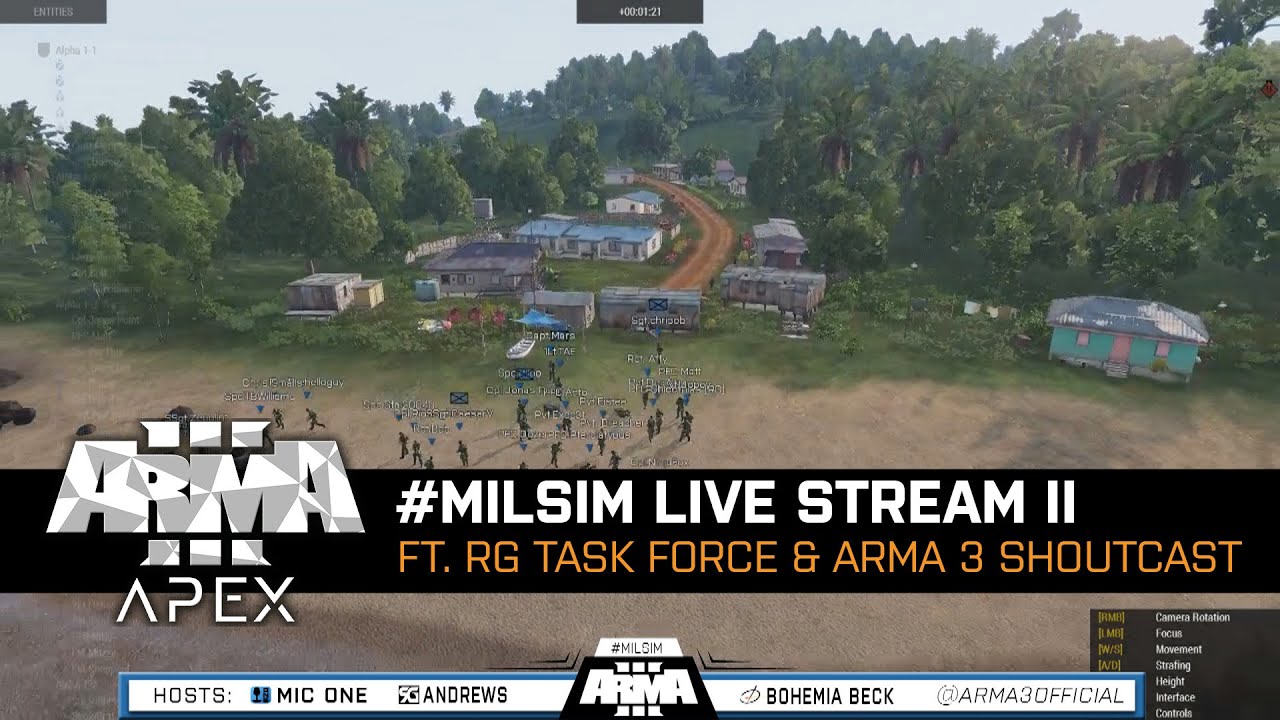 Italian units (and everybody else) will have a lot of new goodies to play with thanks to the hard work of the PedagneMOD, who have upgraded their Arma 2 mod to Arma 3. This is merely their first release, as they plan to continue development of more types of infantry units. Take a look at this showcase video to see what's been included. Perhaps they can join forces with members of KSK 2035 (by IndeedPete) in future Pacific NATO operations. 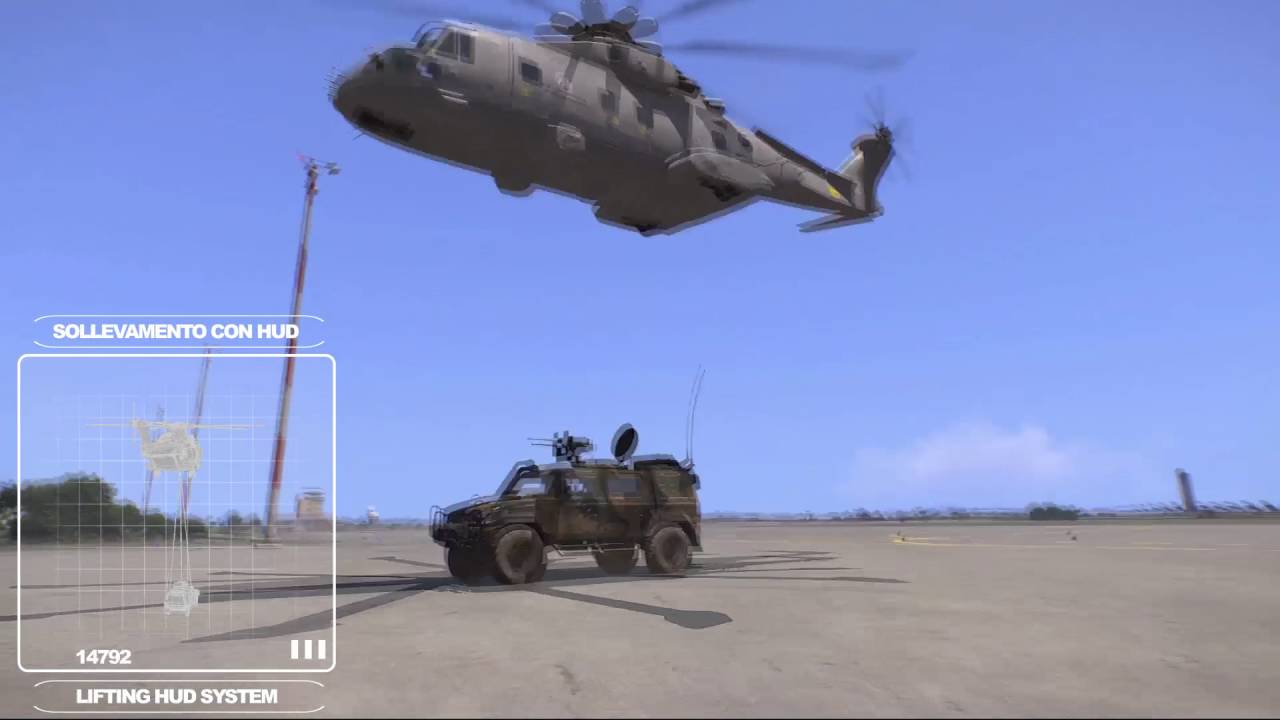 Around the time of publishing this report, we're also planning to stage the Apex Playable Content to Dev-Branch, so you may already see it there when reading this. Note that some of the campaign videos and other narrative elements have not yet been fully finalized. We generally recommend most players await the full release to enjoy the complete story experience. And a quick reminder: please mark your discussions of the co-op campaign especially with spoiler warnings. This forums thread by Playable Content Lead Jaroslav Kašný introduces you to the campaign and is a good place for your feedback. The other branches will see the content later this week. Today and tomorrow are Czech national holidays, so even though many of our developers have come to work to prepare for the Apex release, we're not at full operating capacity. Let us know about major issues especially, so we can still hunt those down before release day. Thanks!

For a while we've wanted to make improvements to your ability to operate as a team effectively under the header Squad Communications. This has resulted in modest improvements to the vanilla Voice-Over-Network communications and Line Drawing on the 2D map. Two additional features in development are the so-called Squad Radar and Tactical Ping, which you may have already encountered on branches like Dev-Branch. Besides assisting units to play co-operatively, we view these as optional tools to compensate for a decreased spatial awareness when compared to real life conditions. Since we know not everyone appreciates these types of helpers, they are indeed optional and / or linked to difficulty settings for those who accept the I/O limitations of the PC and its peripherals for what they are. Before we expand on these two new features, we do need to let you know that after careful consideration, we have decided to delay them from 1.62. While they show great promise, the features need some additional time for testing and to resolve a few potential UI conflicts for example.

Squad Radar is a spatial awareness indicator that visualizes important entities in your immediate vicinity. Most importantly, these are your team mates, which can be tremendously helpful when trying to keep in formation during CQB for example. Users of the popular ShackTac Fire Team HUD mod will see many similarities. Our thanks go to zx64 and Andrew "Dslyecxi" Gluck, who allowed us to use this scripted feature as the primary inspiration for our hard-coded version. This UI element can be moved in the layout options, wholly disabled or controlled via scripting / description.ext. Tactical Ping (Shift + T by default) lets players point out anything in the environment to their unit members by drawing an alert icon on a certain position. For intricate details on how these features work and can be controlled, please read this splendid forums post by Designer Radko Voda.

The second stage of the Arma 3 Units service is now online! As Brand & PR Manager Korneel van 't Land describes on our forums, the well over 2500 community units can now manage members and organize themselves with ranks, roles and responsibilities. Users can use their Bohemia Account to apply for units, and even benefit from a first version of game integration. While it's unsure this connection to the Launcher and the game itself will make it to update 1.62, you will soon be able to show off your unit association to other players. For this you will need to connect your Steam account to your Bohemia Account in its settings. A new Launcher dashboard will be the prime place to select your active unit, although the in-game profile settings will offer this switch too (note that the existing squad.xml implementation remains in tact). Lead Web Developer Jervant Malakjan and his team will continue to work on Units as its planned third stage includes features like events.

R&D Lead Julien Vida has been mapping the status of documentation. This has resulted in a lot of internal tasking to fill the gaps and to publish missing documentation for recent changes and new features or technologies. A first fruit of this labor is the creation of Community Wiki pages for a number of undocumented script commands, with more on their way.

Bohemia Interactive's Mobile team has last week released its first title: Arma Mobile Ops. This free-to-play game for iOS and Android mobile devices is a spin on established popular mobile strategy games. You're a battlefield commander whose mission is to build and defend a base, fight through a singleplayer campaign and invade other players. Form alliances and challenge the tops of the leaderboards together. The game was geo-tested under a different name in a select few local territories, as is common in mobile development. This allowed the team to find issues, measure popularity, gather statistics to improve the game and generally to get it ready for a global release. Now, everyone with a compatible device can download the game and have a quick and fun on-the-go experience for moments like their daily commute. You can play it for free, and use optional in-app purchases to skip waiting times, though those are not necessary for the full range of gameplay opportunities. 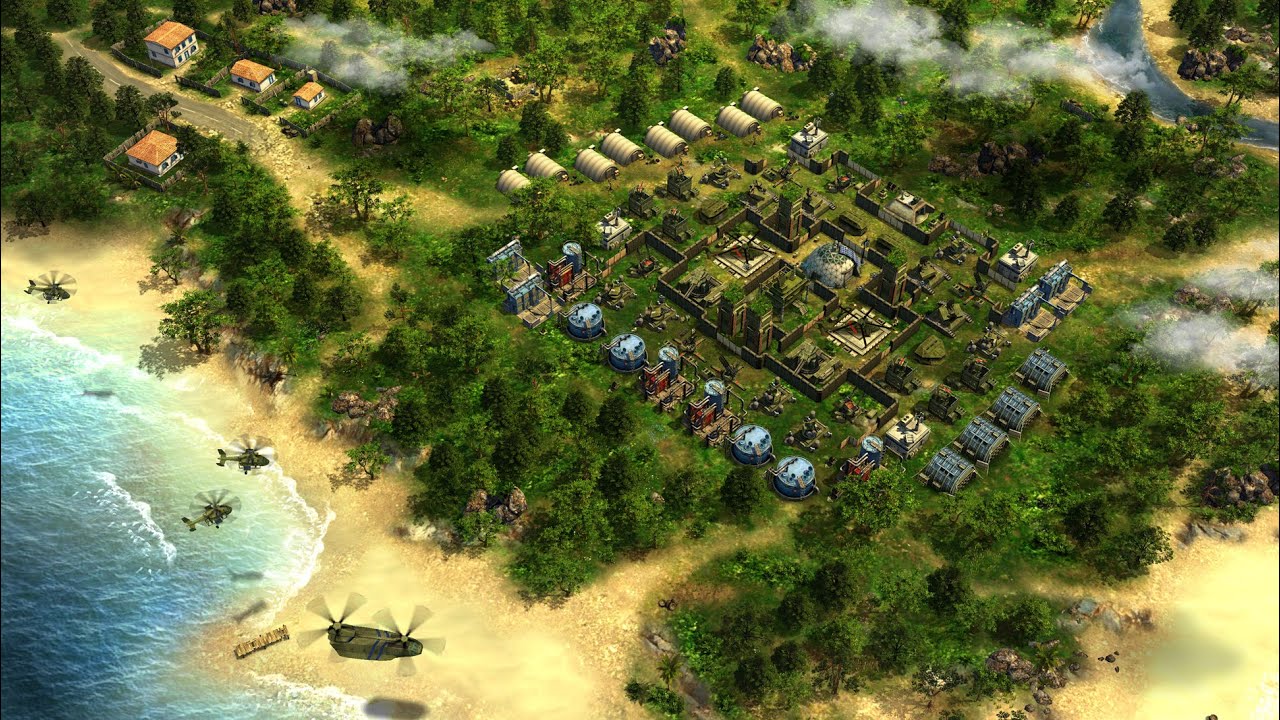 Mobile Ops is a first project for us to set up a new team and explore the mobile market. We'll be experimenting with business models and game types. Meanwhile you need not worry that this has a negative impact on your primary Arma experience. The game was developed by a new group of developers who joined the company last year with a strong Unity engine background. They are led by Project Lead Jan Herodes and operate independently from the Arma 3 team, but within the BI family of course. Our main focus is still PC, but we do think we can experiment with mobile as well. Follow the game on its Twitter, Facebook and YouTube channels, learn more on its website, and discuss your thoughts on our forums.