With Release Candidate testing for 1.58 continuing this week, and major 1.60 features being staged to Dev-Branch, things are perhaps becoming a little confusing. That's why we're here to clarify when you can expect what on the #RoadToApex. The simplest way of looking at it is: we want the weapon switching package to be in 1.58, but the version is otherwise locked. Anything else is for 1.60 or Apex itself.

Said expansion has meanwhile passed an internal Alpha milestone for the Sandbox. That means the assets are being finalized towards Beta, with Levels Of Detail, detailed textures, etc. They are being prepared for encoding, animations and sounds. Milestones are also a good time for our team to align priorities, dependencies, resources and the overall progress. Special snapshot evaluation sessions let us identify bottlenecks and solve issues that arise from the complexity of multi-studio development. We were once again energized by your feedback to some of the recent changes, so the team is working harder than ever to deliver Apex.

Yesterday we've announced our next official live stream event, this time focused on #milsim. Community Developer Greg Becksted has linked up with Vegas - the leader of the 21st Ranger Regiment unit. Of course even within the spectrum of milsim communities you'll find plenty of varied interpretations. This Saturday April 16th, starting at 18:00 PDT, we'll stream a demonstration of one such co-operative role-playing operation with the 21st. Things will kick off with a proper briefing, move into the AO deployment and then go into the actual mission. Various stream guests will offer commentary on milsim communities, popular mods and more. Cya on Twitch this Saturday!

And there is more live entertainment to be had for Arma 3 this weekend. The first season of the Battle Royale Games is being hosted by PLAYERUNKNOWN on Twitch. Last weekend saw the first round for the Games with the popular mode's Regular preset. Congratulations to Grand Master Marius on being victorious! Next weekend you can follow a brutal session in the 'Hardcore' arena. Acquaint yourself with the schedule here.

Members of the Community Intelligence Group have stumbled on an under-the-radar reveal of one of Apex' vehicle assets. As an exception and with explicit permission we have indeed allowed External Artist Tomáš Velebný to update his portfolio with renders and screen grabs of the brand-new off-road vehicle he's created for the expansion. We hope you like it as much as we do!

It could well be that besides playing the game for hundreds of hours, you feel you could still have more Arma 3 in your life. Here to fill any void is a new unofficial podcast: ARMAnet. Now you can spend your commute to work by listening to hosts Dagger and Reaver and guest speakers. They will cover news, the community, units, mods and much more. On the first episode they speak about their own unit - 111th S.O.G. - but they also invite different milsim units to drop by. Other topics include an evaluation of Eden Editor and the many different playstyles available in Arma 3. So, find their show on iTunes or Podbean, and let's give them the motivation to keep it going!

We also caught a few nice community cinematics in our nets. Firstly take a look at "SHADOW LION", a new Reality Gaming Task Force deployment trailer by Veterans TR. Then shift your attention to a lovely small scene by Enzait. 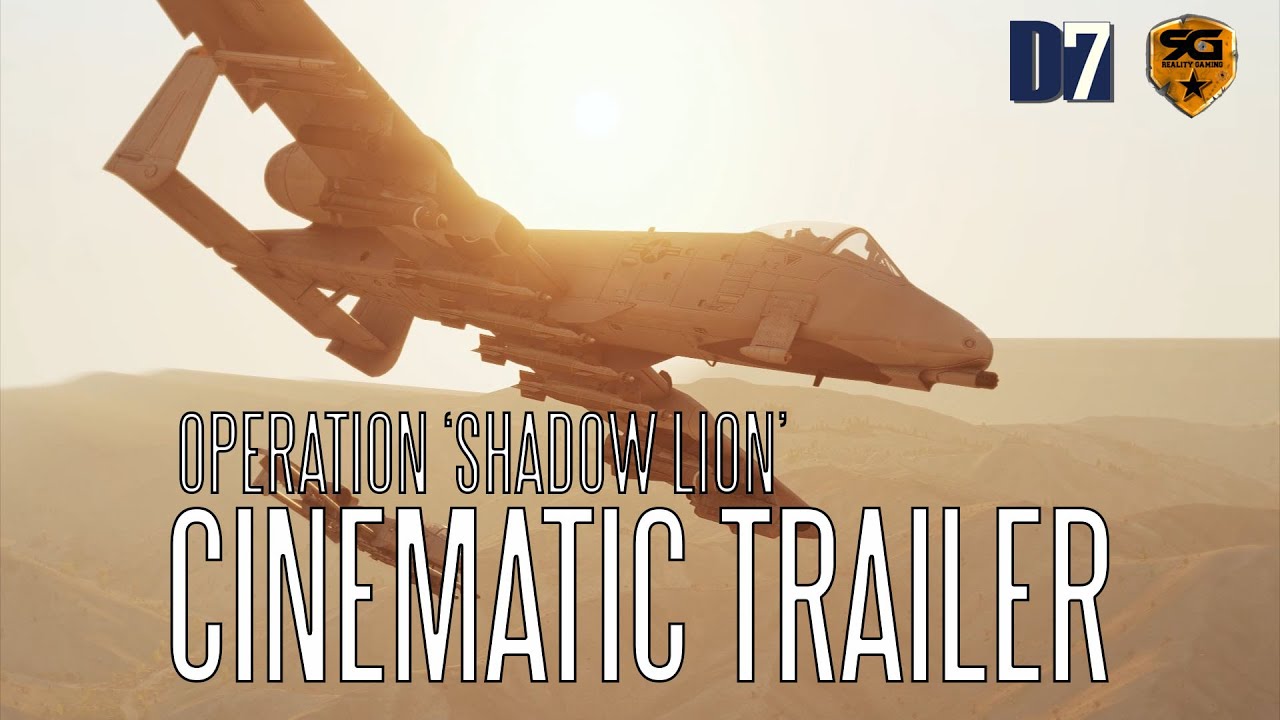 We're proud to have finally staged the Visual Upgrade package onto Dev-Branch last Friday. The effort was led by Senior Artist Pavel Guglava and expertly supported by Senior Programmer Lukáš Bábíček. Read all about this in our latest OPREP. We should make it clear that this work is not going into update 1.58, but rather 1.60. There is plenty of tweaking ahead of us, so please try to collect your feedback in this forums thread. Going off your enthusiastic sharing of media on many channels, we think this is going in the right direction and the end result should be awesome. 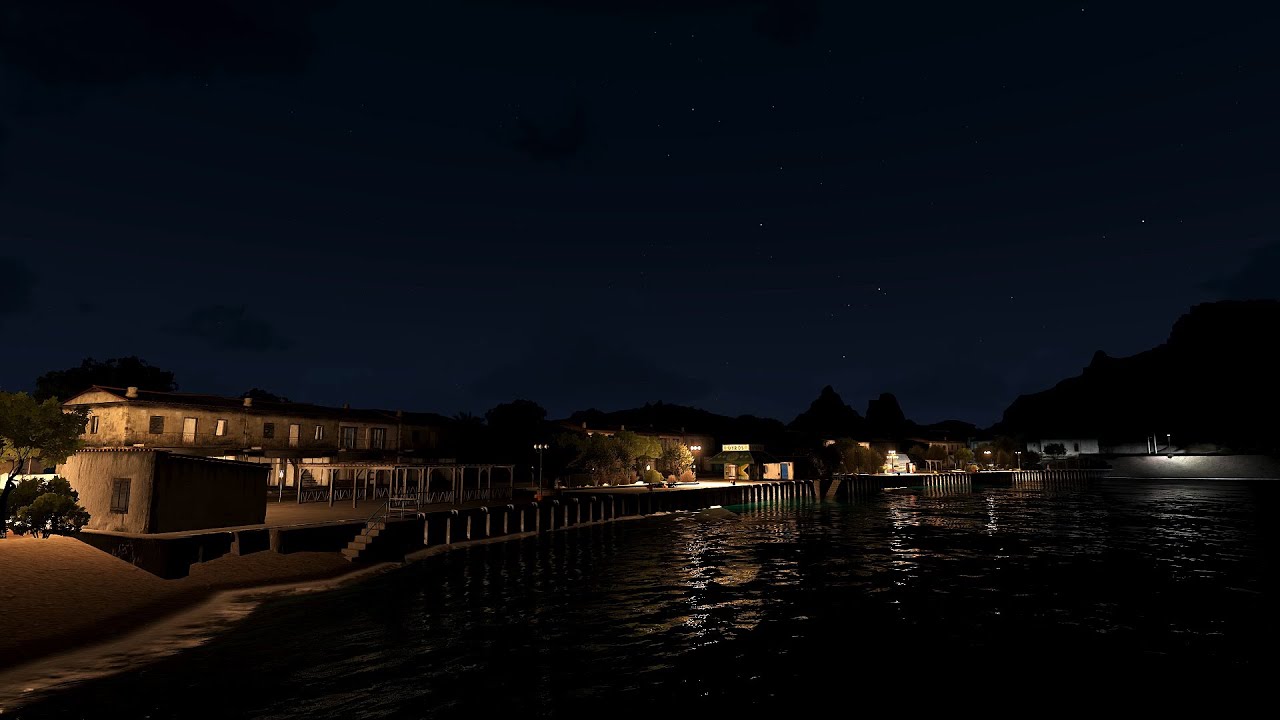 Now for some 'real talk', on the topic of performance. This naturally comes up whenever graphical fidelity is discussed, so we'll explain again how we feel this upgrade can affect overall performance. The lighting changes themselves should not have an impact. Then there are a few changed technologies that are not optional and in our tests can have a small effect, namely the new shore shader, multi-component fog and previously released parallax map improvements. Finally, the Screen Space Reflections used on water are actually expensive, but they are optional. It's also important to remember that Dev-Branch is not the best performance indicator. This build contains more diagnostics and may be spamming more RPT log errors for example. The 2GB update also may have caused fragmentation on non-SSD drives, so consider running a defrag.

We will continue to look for optimization opportunities across the board, but it would not be realistic to expect a 'magic bullet' leap forward in Arma 3's lifetime. That also goes for a potential DirectX 12 implementation. After a lengthy initial investigation, we've concluded that this is far more complex than it may seem. It has been decided that our company will first tackle this in the new Enfusion engine, as its rendering pipeline is more compatible. Afterwards we'll still evaluate porting it back (or using the knowledge we'll have gained) for Arma 3. This does mean quite definitely that no DX12 implementation will be part of the platform update that is to accompany the Apex release.

Another improvement slated for update 1.60 is an overhauled Respawn Screen. Sandbox Designers Petra Ivašková and Bořivoj Hlava, with great support from other designers, have coordinated a new User Interface and plenty of tweaks of the scripted system behind it. A prime goal has been to make the interface much more intuitive to use, but also to optimize the underlying technology - all while maintaining backwards-compatibility. Visit our forums for a detailed overview accompanied by useful configuration samples (additional documentation) - and to leave your feedback of course.

Yes, another SECREP was published recently to bolster security against hacking and cheating in multiplayer.

Senior Programmer Jan Mareček has had some time to work on Terrain Builder. That has resulted in a new version being pushed to the Arma 3 Tools Dev-Branch. This update should resolve a few pesky layer issues and allow environment artists to better find duplicated objects.