Release Candidate testing for update 1.58 has now indeed begun. The access code for the Steam beta branch is Arma3Update158RC. Beware that this branch will require over a gigabyte of downloaded data, and may still be updated several times during the testing period. A few official servers are running the RC build, and more will likely follow suit. You'll find an indication of the highlighted changes on our forums, which is also where we'd like to ask you to share your feedback. Another good channel to discuss the RC is the Arma subreddit. In order to more effectively track your feedback on the #RoadToApex, a re-launch of the Feedback Tracker is still being worked on diligently by our web team.

The latest weekly dev photo is colored suspiciously orange! The awesome Team Mike, with reinforcements from Team Bravo, had organised a splendid surprise party for their departing Dutch brethren, who will soon be opening the new Bohemia Interactive branch in Amsterdam, The Netherlands.

Our own Project Lead Petr Kolář will be giving a presentation at the Game Access 2016 summit in Brno, Czech Republic. His talk will be about community management based on his Arma 3 experiences. He won't be the only Bohemian ambassador; Arma 3's Creative Director Jay Crowe will share his accumulated knowledge too. Then we have Design Lead Lukáš Haládik, who will give a lecture on game design. Senior Programmer Jan Zelený is preparing a session about development of our new in-house engine Enfusion. If you're interested and can make it to Central Europe, check out the available passes.

The community continues to crank out great new places to explore as they release full terrains. One example is the 1.0 release of Isla Abramia by IceBreakr. You can download this mod via Workshop, but be aware that you need the CUP Terrains as well. 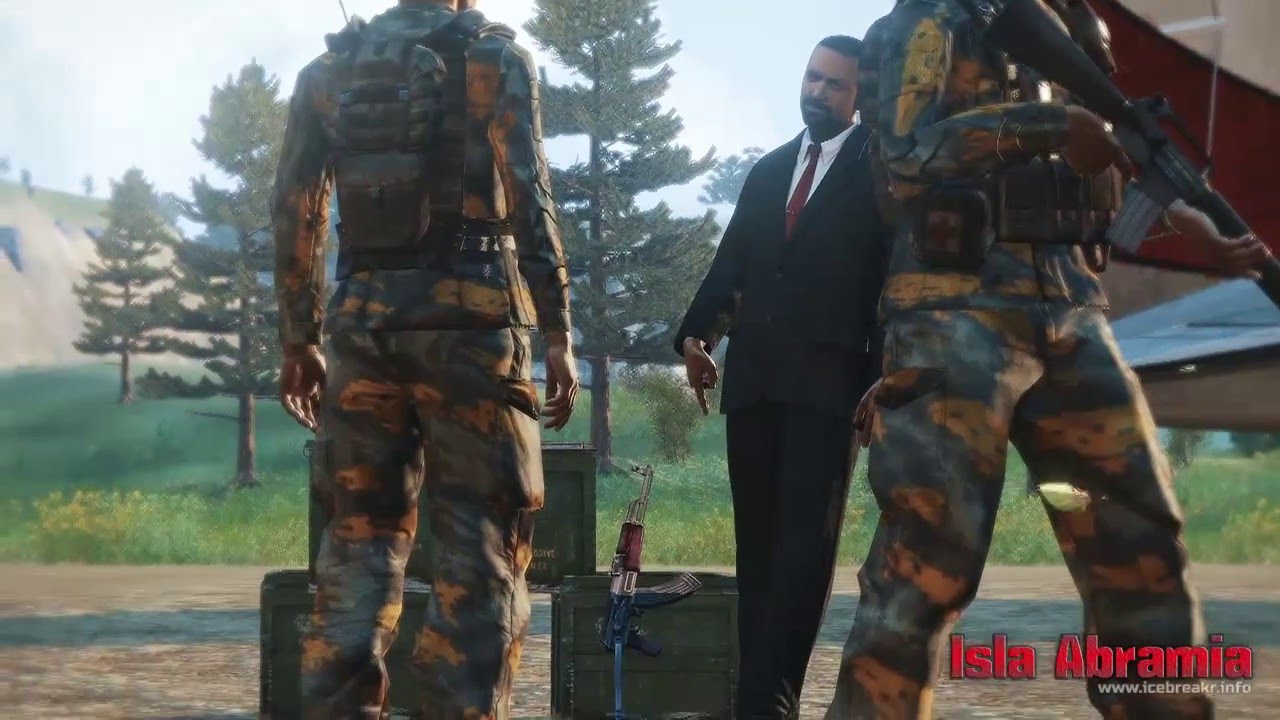 Tilos is another custom terrain in development by Sébastien Descy. It's looking very promising and we look forward to visiting it soon.

Senior Designer Vladimír Hynek reports on the second phase of a Difficulty Overhaul arriving to Dev-Branch. This phase focuses on dividing the options over groups and renaming some for better comprehensibility. There are also more specific and subtle changes, so we'd like to invite you to our Community Wiki for a detailed overview. Scripters should especially check the information about command difficultyEnabled and its replacement.

Eden Editor's developers continue to improve the scenario design tool with nice usability tweaks. Last week we already discussed that the first version of custom compositions were coming to Dev-Branch, which they now have.

It's now also possible to insert entities in 2D or 3D via a left mouse button double-click. The primary workflow to do this is now via the right-hand side Asset Browser, but there was a special request to restore the original method as an alternative.

We can also share with modders that the ability to add custom in-editor tutorials has been documented by Senior Designer Karel Mořický. Finally and more generally, there now is an ability for certain User Interface controls to support multi-line text. This may make entering larger snippets of script more convenient. Further Eden Editor improvements are on the horizon, so keep checking Dev-Branch.