Wow! Eden Update was a seriously massive release - the length of its change log surprised even us. We were happy to see your reactions to the various larger and smaller improvements. To be sure you're all caught up, visit the Arma 3 website for a new blog, an overview of the changes, a splendid launch trailer, and the full SPOTREP with corresponding TECHREP for the Tools. It continues to be very rewarding for our team to support the game this long after its release, and there are so many more cool things coming up on the #RoadToApex! 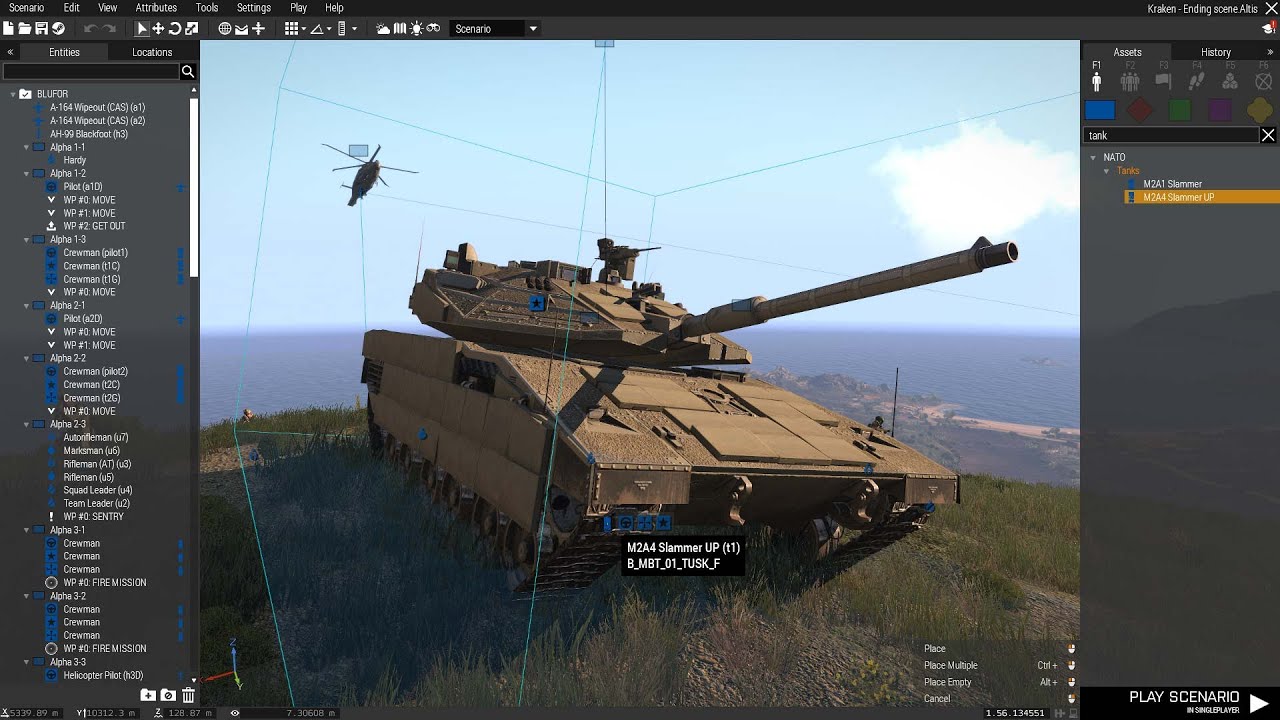 As we cautioned before the update, this was a particularly complex one, containing many low-level improvements. Those always carry the risk of issues in the broader player-base, even after several weeks of Release Candidate testing, in-house and in the wild. Some of them were nicely caught ahead of release, as evidenced by the RC update log. Good job everyone! We're monitoring many channels to find out about the most pressing issues, and will address them as quickly as possible. There may also be a hotfix release in the near future. Some of the things that are bleeping most prominently on our radars: no sounds at all (known issue caused by a -cpuCount=1 start-up parameter, so please remove or change it for now), Terrain Builder not working with the new P3D version (fixed on its Dev-Branch), several Eden Editor issues in more complex scenarios (some fixed on Dev-Branch), and several others. Thank you for your understanding and help to get things under control together.

We think the audio upgrade released in Eden Update is a massive leap forward for immersion. Our audio team, lead by Jan Dušek, has put together a third top 10 blog about the most interesting improvements. Now that our vanilla combat SFX have been given a lot of love, we're working on extending the new technology to several other categories of sounds. It's also going to be interesting to hear what the various mods will do with this new-found power and flexibility. Documentation is growing on the Community Wiki, however it's not quite completed just yet.

Our tech partners at NVIDIA have published an interview with Project Lead Petr Kolář about HBAO+ being added in Eden Update 1.56. If you're not sure what this feature does, we defer to their description: "If you're unfamiliar with Ambient Occlusion (AO), it adds contact shadows where two surfaces or objects meet, and where an object blocks light from reaching another nearby game element. The AO technique used and the quality of the implementation affects the shadowing's accuracy, and whether new shadows are formed when the level of occlusion is low. With HBAO+, the quality of Arma 3's AO is improved, bolstering overall fidelity, which further increases graphical fidelity.". The article also contains several interactive comparison images to get a better idea of the difference with prior AO techniques. Try this in the game yourself by going to CONFIGURE > VIDEO > AA & PP and selecting a level of HBAO+ in the AO drop-down.

Welcome to the new era of scenario editing in Eden Editor. Principle developers Karel Mořický and Filip Sádovský already celebrated the occasion as seen on the latest weekly dev photo. We'd like to also thank QA Specialist Vojtěch Kovařič for his battle to test the complicated editor with full back-compat throughout its development, as well as anyone else involved. Did you know that the editor alone consists of over 40000 lines of code? We can also report that the first iteration of documentation is finished, covering basic functionality and modding the editor, complete with pretty GIFs.

This is by no means the end state of Eden Editor. We're already going over our own wishlist and the most frequently requested community features in order to draw up a post-release plan. There are a few things that are pretty clear we'll work on first, besides fixing issues:

There's more, but we'll save that for a later time. Keep letting us know about your thoughts on the forums.

Besides listing required mods and providing shortcuts for activating them, the new Launcher Server Browser can also resolve dependencies automatically in some cases. This requires server administrators to pair the mods with Steam Workshop items via a definition file. Visit the Community Wiki for documentation on this fairly simple process.

You may have already noticed that we've taken the Feedback Tracker(s) offline to deal with a potential security incident. Apparently there are those people who prefer us not to improve the game! The tracker ran on a separate third-party system, so other systems were not affected by this. If you used the same credentials for FT and other systems, please update them as a precaution (more information). While the FT is offline, we'd like to ask you to post issues on our forums, specifically the troubleshooting category, unless a more suitable category or thread exists (kindly try searching first). Our web team is working on restoring FT as quickly as possible, so we can all collaborate on making our games better in a transparent way.

If you liked the Eden Update artwork, visit our website to grab a cool new desktop wallpaper in a variety of formats and sizes!