As we eluded to last week, Dev-Branch is seeing interesting changes on an almost daily basis now. Creative Director Jay Crowe has been offering some highlights from the forums change logs via Twitter #DevBranchThisWeek, and we will elaborate on several more in this report. All components of the Eden Update are coming together and soon the whole package will be available for testing. Your feedback on this daily experimental Steam branch is very useful to the game's development. We would however like to remind you that this version of the game is not intended for regular play. If you're brave enough to storm the front lines of development, please let us know about specific issues on the Feedback Tracker or general thoughts via the forums.

In the most recent weekly dev (live) photo, some of the Mike team were a little too excited to bombard yours truly with snowballs. They claim to have been defending Edita while she's hibernating, but we all know better!

Associate Producer and Localization Champion Vojtěch Schubert reminds us that Bohemia Interactive is always on the look-out for talented new team members for its various projects and locations. Keep checking our careers page for positions that might be up your alley. Perhaps we'll see you at our next elite snowball fight!

It's time for some Spanish REPception! The team behind the FFAA mod have posted a SITuation REPort of their own and kindly translated it on our forums. The biggest thing they have in development is a stand-alone terrain called Lythium. It will let players set their scenarios in tribal areas of Afghanistan and is crossed by a large valley that stretches across the map. We wish the team well as they work on finishing this promising project. 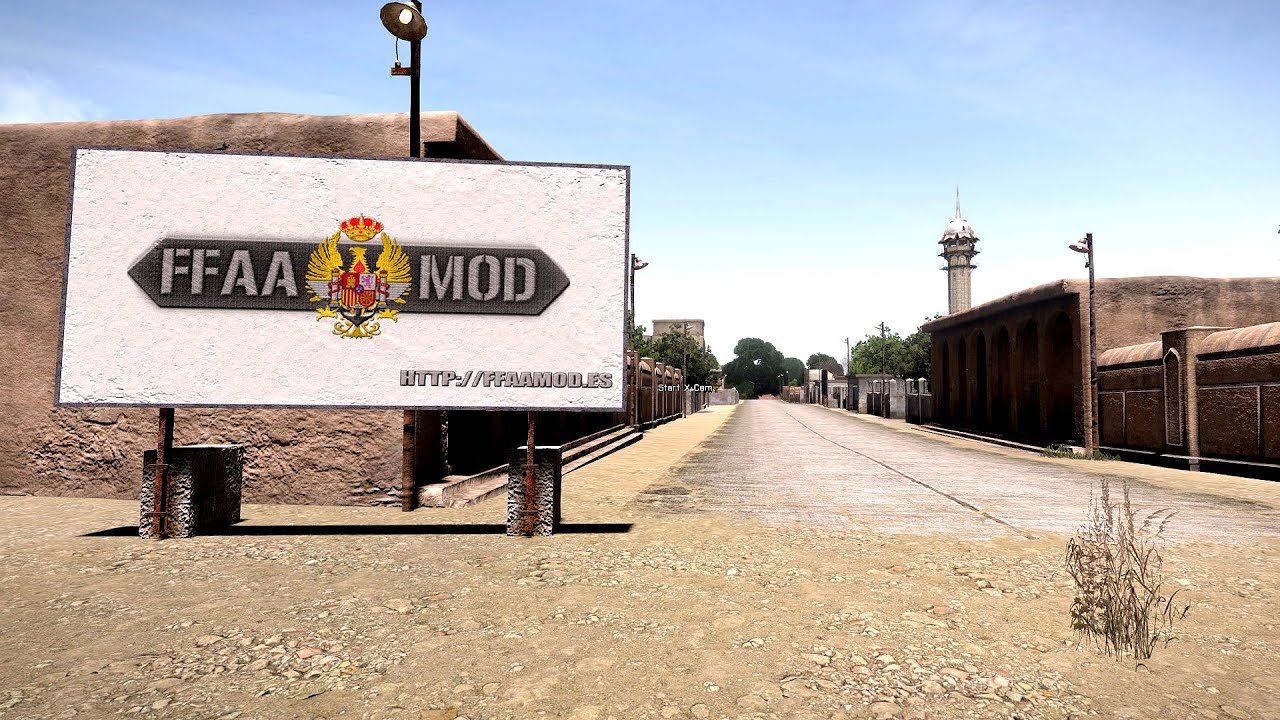 We were also impressed by a new look at the grim atmosphere created in 2017 mod's terrain: Bamburgh. There's a lot of attention to detail, with unique structures and objects used to build many unique locations. We look forward to exploring this unsettling world once it gets released! 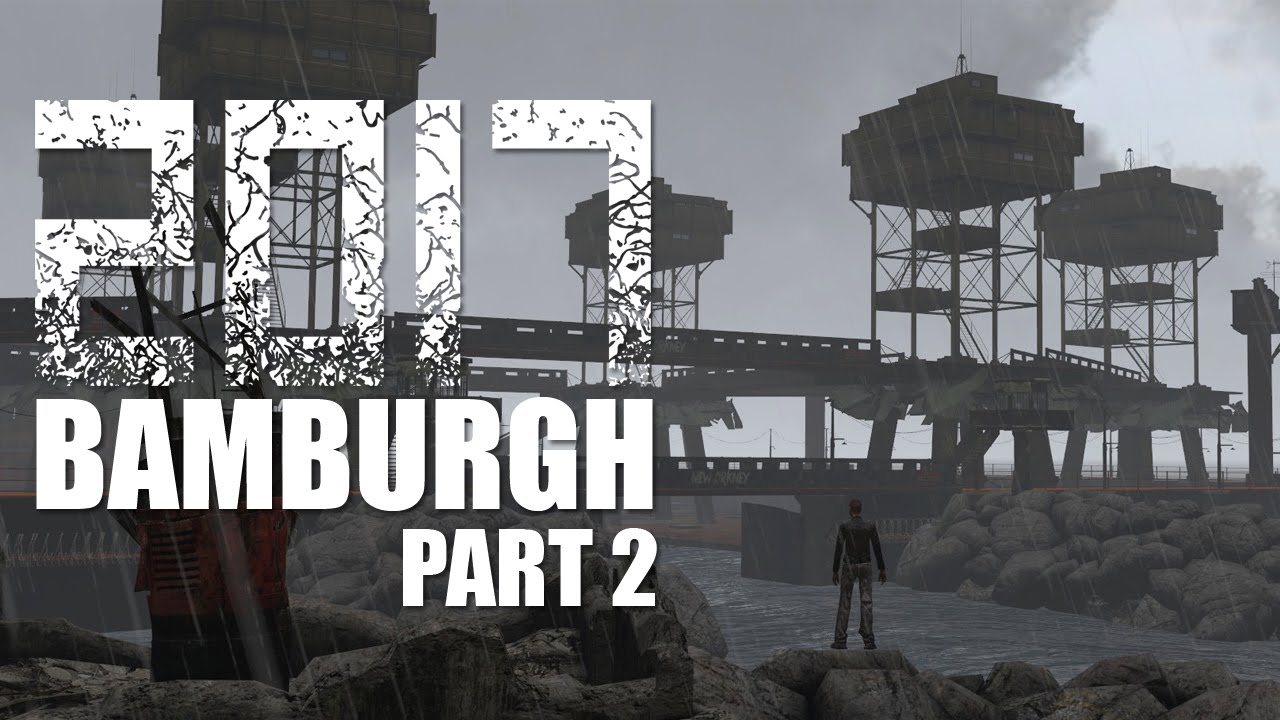 OK, so let's get to the meat of this report and take a closer look at the platform updates coming your way. Project Lead Petr Kolář kicks off with a description of several technical improvements:

"There are plenty of new features heading onto Dev-Branch just as you read these lines. Our programmers have decided to make the lives of content creators easier, mainly for those creating new models. They will be able to use a technology that generates shadows of objects on-the-fly based on the shape of a resolution LOD. Two occlusion-related features are joining the party too, one of them being a new ambient occlusion technology HBAO+ (available in the Video Options > AA & PP). The other allows creators to place shapes and faces that prevent drawing of anything behind the so-called Geometric Occluders (developed for our company's new Enfusion engine, parts of which can still benefit Arma 3). This has not been fully implemented in our data yet, but it should provide a gain of performance mainly in urban areas. Existing content will continue to work, but using the new tech will require models to be updated to benefit from it.

All these new features still need to be properly documented, and that brings us to the most important change: new parallax technology for ground surfaces. It's been already documented on the Community Wiki, because it changes the way parallax behaves even for custom-made terrains! The effect will likely work, but its depth may be more than you'd like. See the documentation for a simple guide on how to correct this. The major benefit of this change is to remove the ugly artifacts when moving close to the ground. We hope you are going to like these post-holiday gifts and we're looking for your feedback on them."

Next up is a change that is rather in your face. We're going to change the fonts for the game, Launcher and later also other places such as this very website. The goal is to make text look crisper and achieve greater legibility. As we're sure you know, some characters are currently hard to distinguish from each other for example. Besides the look and feel of the font, we've also improved memory consumption by utilizing texture sharing. This will mostly help with various Asian languages that have massive character sets. In turn, this has led to significant improvements to the FontToTGA tool.

Another significant new technology is not something you'll actually see or notice while playing. BI's Chief Technology Officer Petr Benýšek introduces us to more advanced analytics in Arma 3 (and our other games):

"Since the release of Arma 3, we've had a general overview of how the game is being played, what game mod(e)s are most popular and what people like or dislike. But this information was coming mostly from the vocal part of our community. The feedback on the forums and other channels is great and will still be used as until now. Nevertheless, it doesn't give us completely objective and unbiased information and it doesn't include feedback from a considerable part of our players. A popular and nowadays broadly used way of gathering data about player behavior is through game analytics. This allows us to know better our players (without actually disturbing them while playing), and thanks to that, to build a better gaming experience.

Along with the update 1.56, we are introducing game analytics into Arma 3. Its purpose is to collect basic information about the game, such as game settings, enabled mods, favorite scenarios and weapons, player deaths or actual performance, and report them to our analytics server. If you don't want to be part of that, you will have an option to disable it in the Launcher options. Fear not however, the amount of data is small and should not affect your gameplay experience in any way. It's also all anonymous and the data will be used solely for understanding how Arma 3 is being played. The more data we will gather, the more precisely we will know what you like in the game and how you play it - which in turn will guide us to set our priorities and make the game better for you."

We'd like to add that we see this as an additional tool for our decision-making process, but we do not intent in any way to let analytics data be our sole or primary input. We'll continue to engage with players via all channels and your feedback will remain a hugely important part of our development methods. Analytics will help us with decisions such as the removal of redundant video options, proving that such options are indeed no longer in use. Or we can use them to learn what parameters to expose more clearly in our Launcher. They may also be used to measure how two approaches to a solution on Dev-Branch work in the actual game for example.

It's been a long time coming, but we've finally found a moment to restore amphibious simulation to tracked vehicles (for the tankx PhysX-based simulation class if you'd like to get technical). Programmer Tomáš Nezval has now added the engine-side implementation, but it will require updated vehicle configurations to make use of this. Our vanilla tracked vehicles have not needed an amphibious capability thus far, but there are several big mods who will benefit from this functionality being back in the game.

Another cool addition for vehicles is the ability to set up wrecks to use the dynamically textured livery of the vehicle. Until now, there would be a generic wreck for every variant of a vehicle. Visit the Community Wiki for details on how to encode your vehicle to use this feature created by Senior Programmer BXBX. Be mindful of performance though; this type of proxy is more taxing on the engine than a simple one.

Finally, yesterday we published a small anti-cheat update by our partners at BattlEye to the main branch of the game.