Our normal update cycle is between four and six weeks for the main branch of the game. With update 1.52, we've elected to push it out a little quicker. We realize that main branch updates cause some overhead for server administrators and modders especially, but we feel the changes contained within will benefit players and the sooner we get them out, the better. You might consider this a special maintenance update. It will contain crash fixes for rare situations, an update of the default memory allocator (that may help with some of the memory errors), and a potential multiplayer optimization that we'll describe in another section. Release Candidate testing has begun and we are planning the actual release for early next week. The Steam access code follows the usual pattern: Arma3Update152RC for both Arma 3 and Arma 3 Server.

Where to even begin with the 25th weekly dev photo? We see Art & Animation Consultant Zdeněk Vespalec having a jolly good time with Brno's Operations Manager Martin Horák over a fresh cup of tea. Creative Brit Jay Crowe had this to say about the authenticity of the animation: "Decent overall form, with bonus points for consistent deployment of national dress". Zdeněk has done a lot of technical art work on Arma 3 during its primary development. More recently, he has coordinated several art outsourcing operations and he has provided support to the DayZ team. Martin is one of the key people keeping Team Bravo happy in the Brno offices. He oversees a wide range of things, from the facility itself to liaising with back office departments like Human Resources, Legal and Accounting.

The Volunteer Combat Battalion (VOLCBAT) has shared an older but no less interesting video of one of their British Armed Forces operations. Take a look at how they handle convoy driving, while dealing with IEDs and combat dismounts, as well as lots of "chatting to civvies and goats". As we saw in previously highlighted videos, their Rules of Engagement in urban areas show some of the complexities of war. A particular decision made during this patrol is even being openly questioned by the troops. We wonder what their debriefing and After Action Review concluded! 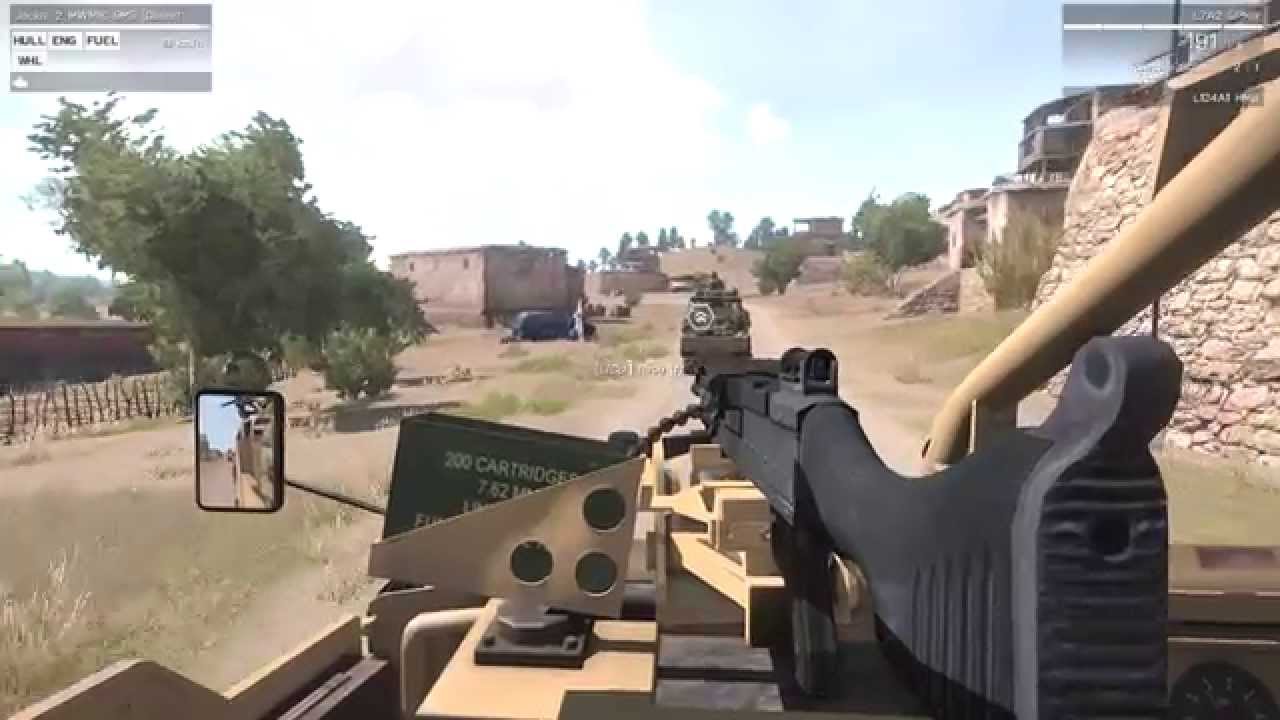 We've covered various bits and pieces of the Vehicle Customization (VhC) system in the past, but Tools Commissar Julien Vida has now published a comprehensive OPREP on the topic. This tech makes the configuration and use of the various liveries and animated components of vehicles more straight-forward. It also uses an approach that is faster and more optimized than the previously scripted variant, and hides the need for some of the specific texture paths for example. Read the full report for details on those aspects and more.

Programming Lead Vojtěch Hladík has added two script commands which may be used by (multiplayer) scenario designers to optimize performance. Commands disableRemoteSensors and getRemoteSensorsDisabled let you disable raycasts for remote entities in a group that doesn't have any local entities. These raycasts are used to determine what other entities an entity can see, and they take a lot of CPU time. This is of course a bit of a trick, because rather than a true optimization, it disables part of the simulation. However, there are certainly types of scenarios where these raycasts are not needed. An example is a fully Player-versus-Player scenario, where the visibility between every combination of player entity is not needed. So why not disable this by default? There are cases where you do require these raycasts, for example in stealth scenarios. Without them, commands like knowsAbout, nearTargets and targetKnowledge will only function for local units! The commands themselves are local, can be used on servers and clients, and the state is reset when the scenario ends. So, carefully consider whether your scenario can benefit from this method. We've measured some significant performance boosts for high player count PvP scenarios in testing already.

First reports on using the experimental beta ports to Mac and Linux are good. The limitations make them mostly suitable for singleplayer right now, but performance benchmarks appear to be pleasantly surprising. We don't yet have further plans to share, but will update you as soon as we can. Our QA team has meanwhile updated the Community Wiki documentation with tips on various Linux distros, updating graphics hardware drivers, configuring controllers and running Dedicated Servers. Please feel free to contribute to the page with your own experiences and tips.