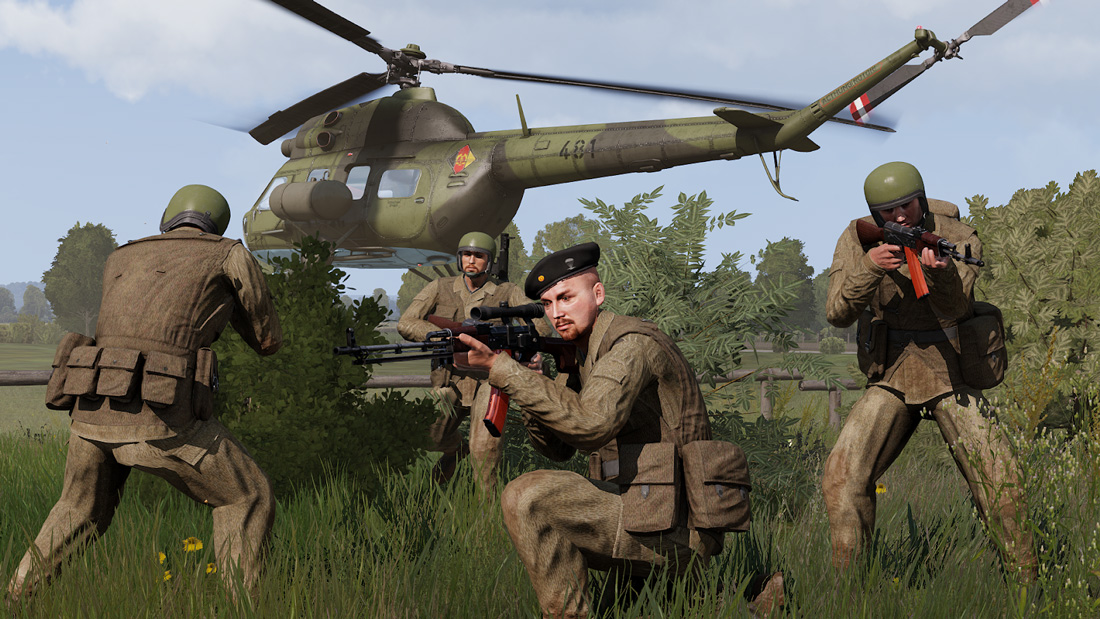 It has been exactly one year since Global Mobilization - Cold War Germany was released. Early on we made it clear that we are dedicated to continuing our post-release support by adding more content in free, follow-up updates. To make good on this promise, last year’s 1.1 update saw the addition of more armored assets and the introduction of the Polish Army faction.

In this blog today we want to give you an outlook on the upcoming 1.2 update and highlight the new aerial units that we will be releasing as part of Global Mobilization - Cold War Germany.

West Germany will receive the PAH-1 Anti-Tank Helicopter. This was the only AT-Helicopter in the world (at the time) that could complete a full looping. Highly agile and extremely speedy, it provides the West German Army with specialist ninjas in the sky that will stop enemy tank formations. Using extremely powerful HOT-1 missiles, it can do so from up to 6 kilometers away.

The unarmed VBH-1 variant is deployed for scouting and transport. 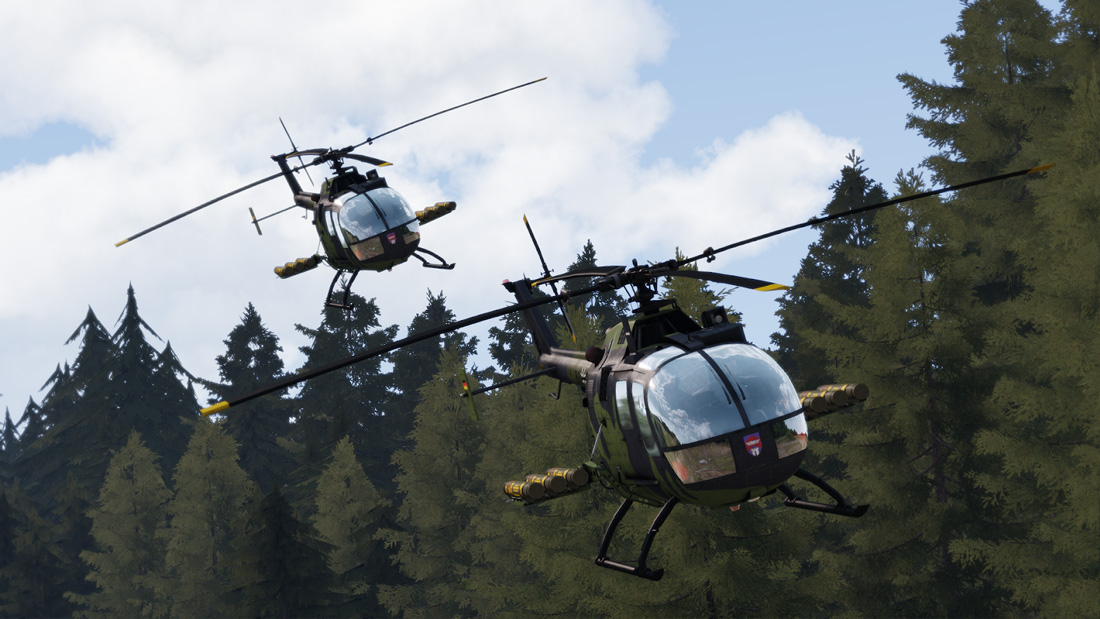 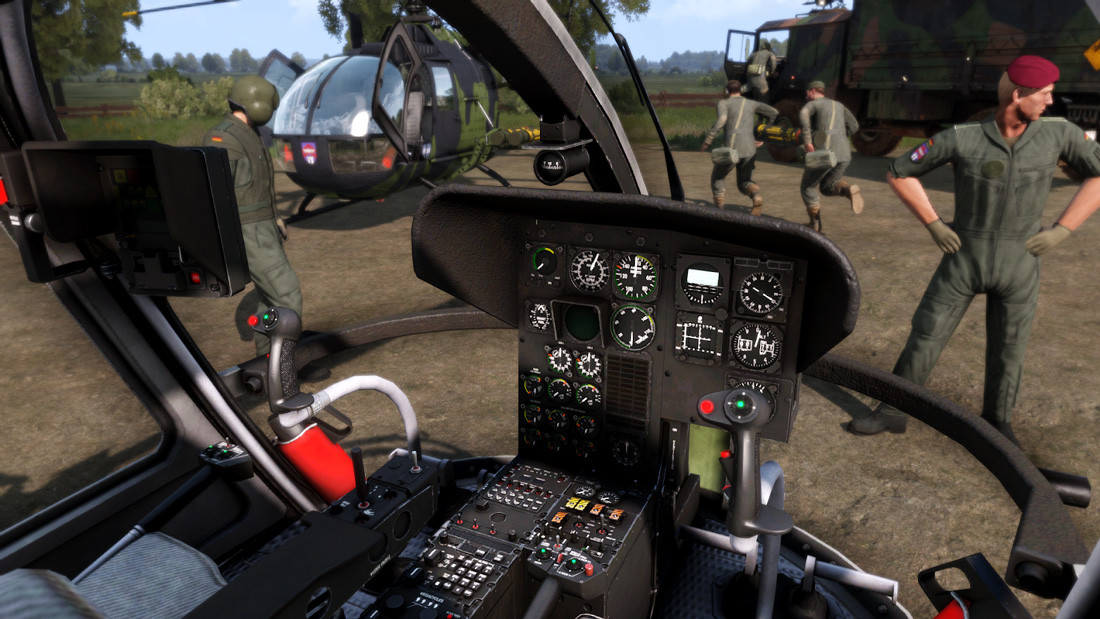 The CH-53G is here to do all the heavy lifting of equipment and troops. It can carry multiple squads of infantry and load light vehicles using Vehicle-In-Vehicle technology. Bigger vehicles can be slingloaded to make battles even more dynamic and exceedingly mobile. 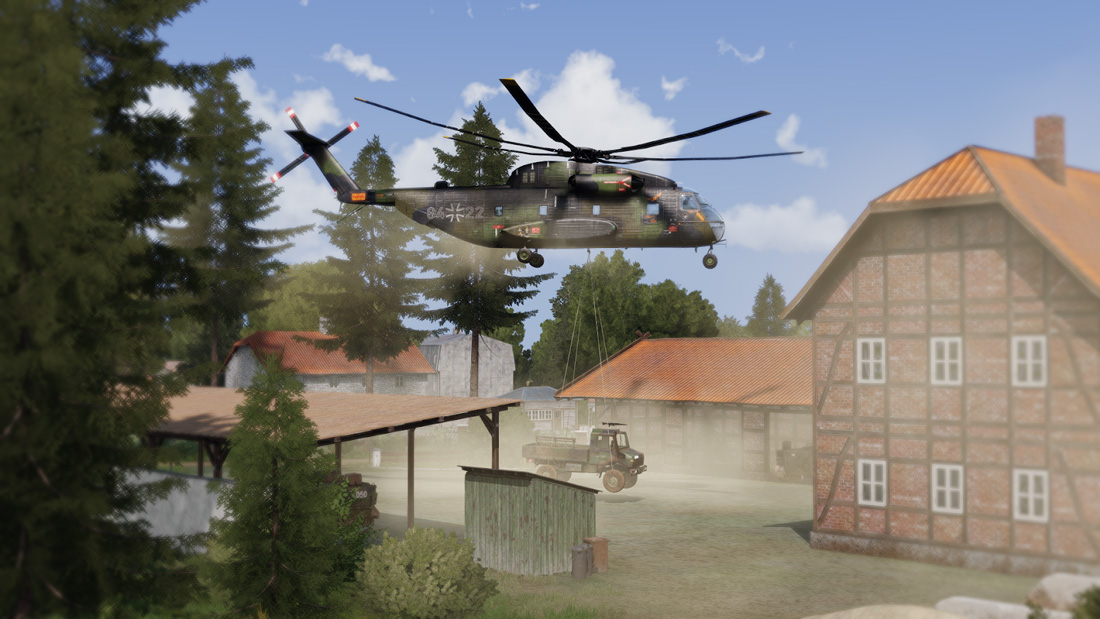 Further expanded will be the capability of air-lifting troops with the introduction of the Luftwaffe’s Do 28 D-2. This is a STOL (Short Take Off and Landing) capable airframe that handles paratrooper and medevac operations. It needs only a very short runway (or highway) to take off and, in a pinch, a dusty road will also suffice.
Parachutists using the T-10 Static Parachute will be able to drop anywhere from this workhorse. 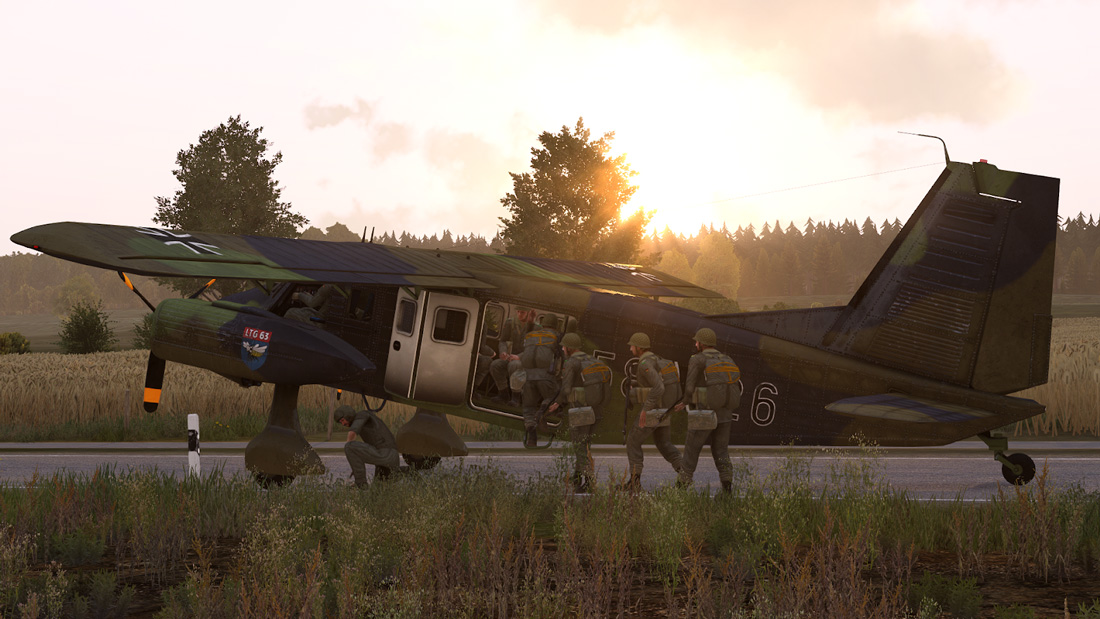 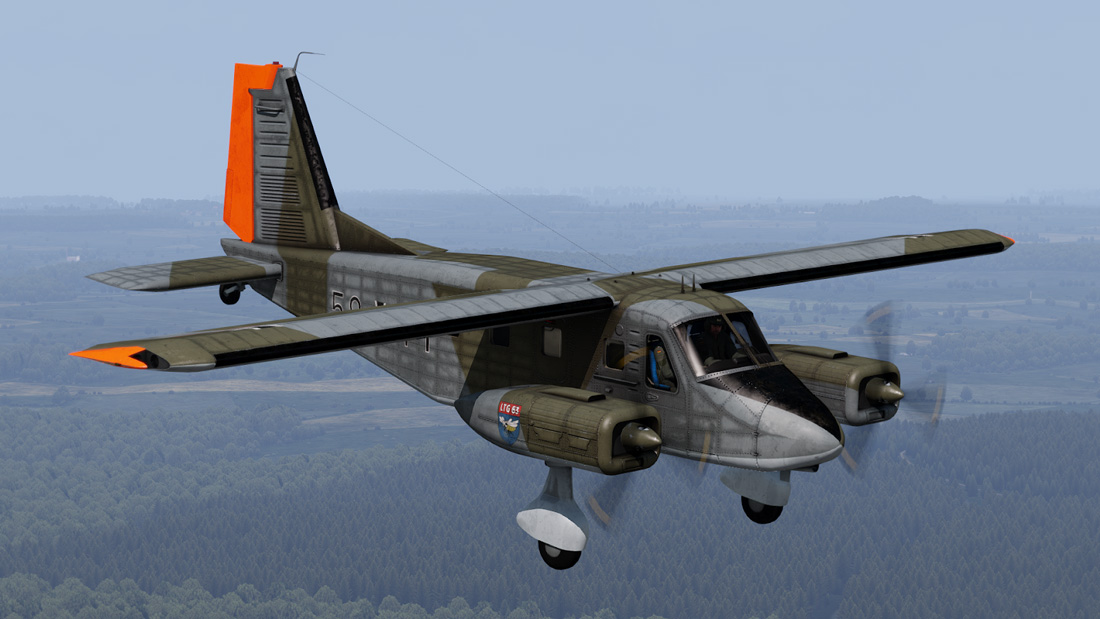 East Germany will receive their first Attack Helicopter: the Mi-2. Produced by their Polish neighbors, it was introduced to further the nation’s aviation with a focus on ground support.
Small and versatile, this aircraft is used by the Luftstreitkräfte (Air Force) as both transport and attack helicopter. The latter comes equipped with either a quadruple PKT mount or unguided rockets, plus a fixed 23mm autocannon. 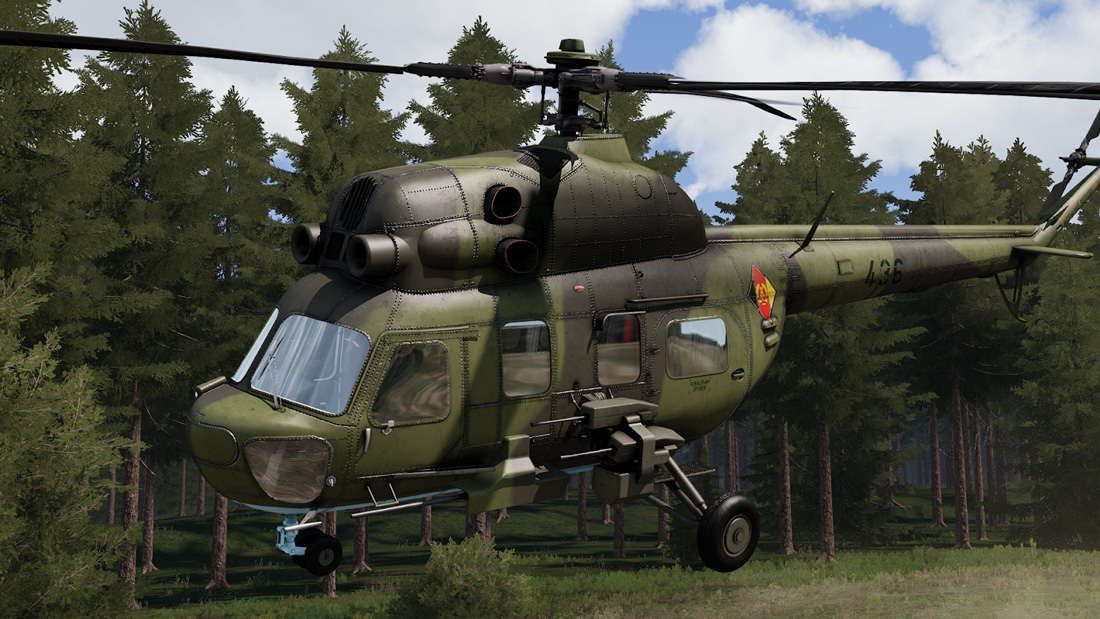 The L-410 UVP is a STOL aircraft built in Czechoslovakia and used by the East German Air Force as transport for parachutists and cargo. A saloon variant of this aircraft is dedicated to transporting high ranking generals and the political elite.
East German Parachutists will deploy from this aircraft using their RS-9 static parachute. 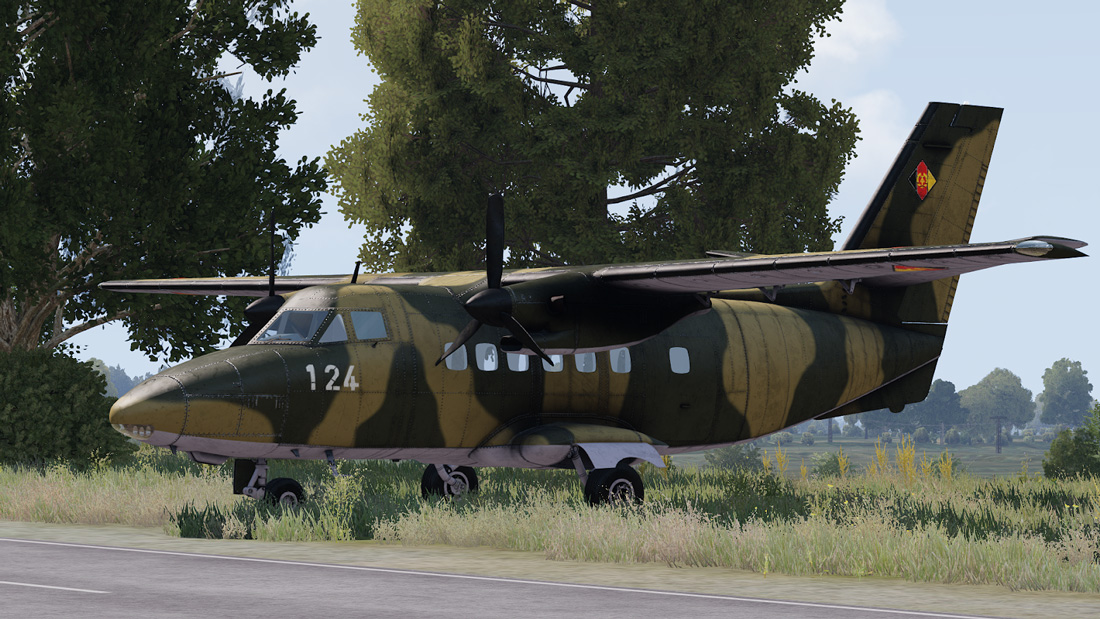 The Polish forces receive a near-endless influx of Mi-2 variants. This ranges from passenger transport with a door gunner (Mi-2T) to an armed-to-the-teeth Mi-2URP-G. This particular variant carries a 23mm fixed autocannon, four anti-tank missiles, and four anti-air missile launchers. You can customize the loadout entirely and mix and match as desired. 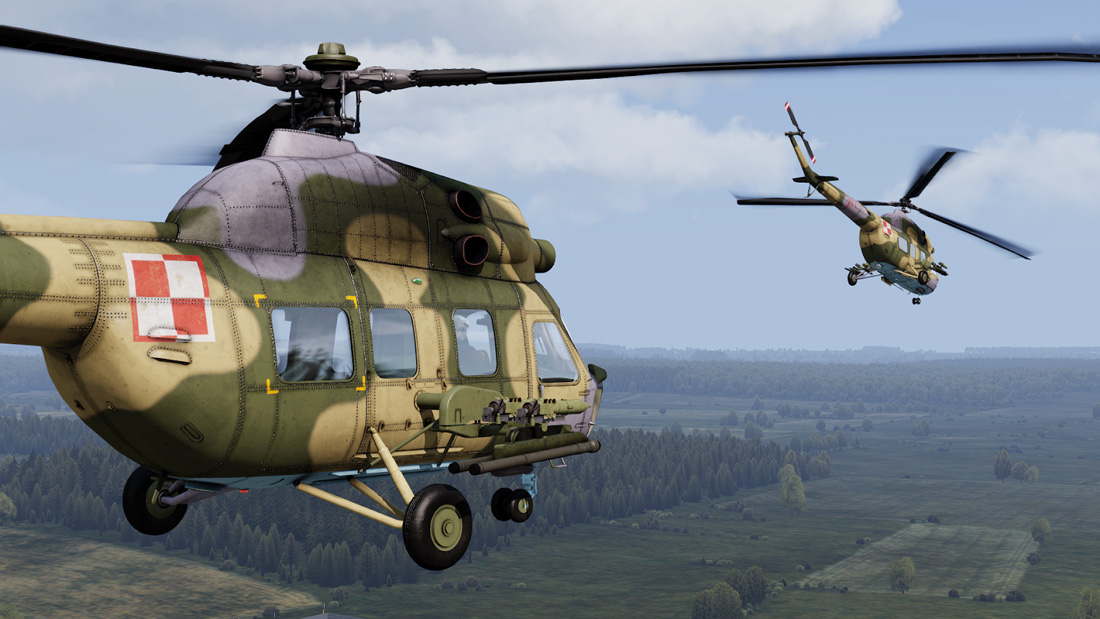 But Poland deploys even more exotic variants of the Mi-2:
For example, the Mi-2 Platan. A mine-layer device was fitted into the rear door that allows for quickly building minefields using PNM-114 Anti-Tank mines.
Also, there is the Mi-2Ch: This is a variant equipped for chemical reconnaissance and fitted with a device to generate smoke screens. 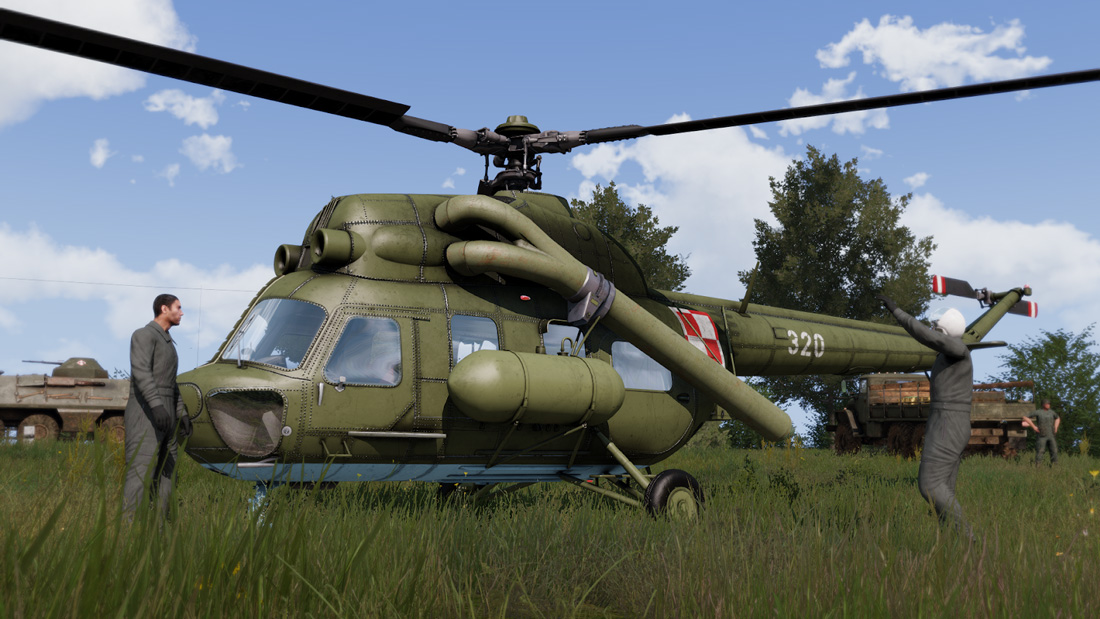 A lot of the aircraft fielded by the military have found their way into civilian use over the years.
The VBH-1 will be available as police scout and emergency air-rescue, and the Mi-2 comes as an agricultural crop duster, transport, air-rescue, and law enforcement version. 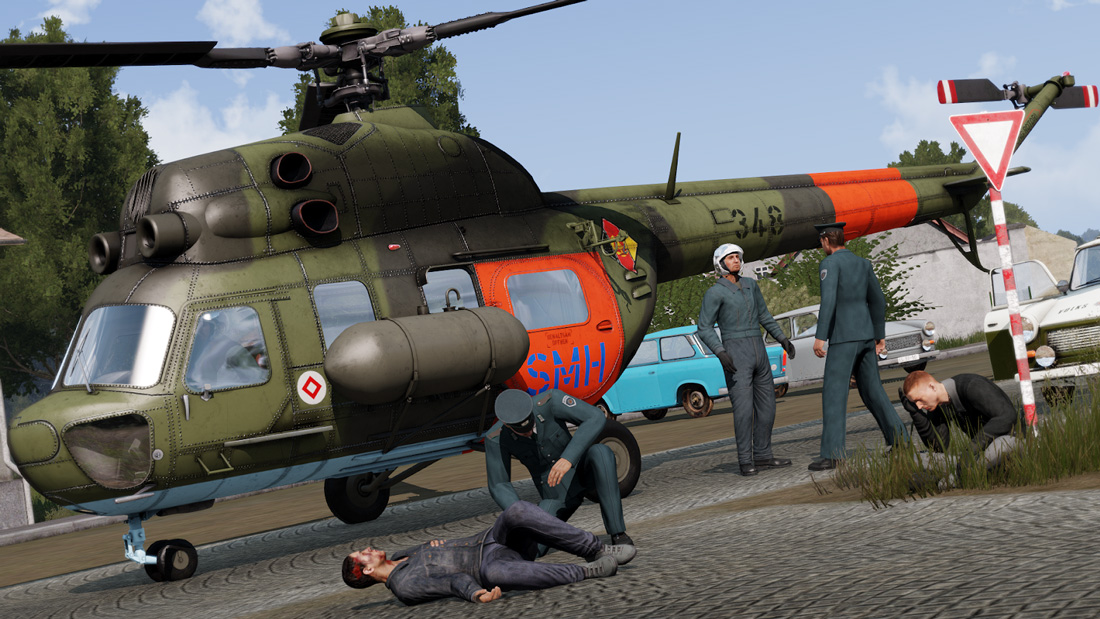 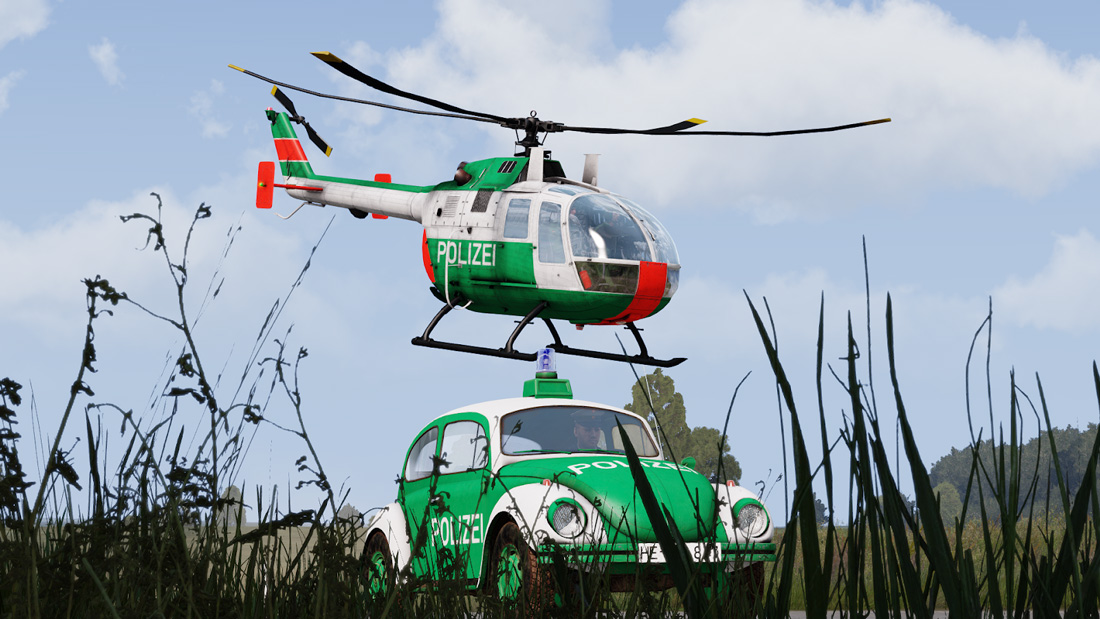 As with the previous patches, this update too will find its way to the CDLC RC Branch first for public testing. There is still a bit of work left for us to complete, but we are aiming for this to happen in the following weeks so that it may reach you this summer.

As always we are looking forward to your feedback and suggestions during that time.