reported by Vertexmacht on November 28, 2019

We, the team behind the Global Mobilization - Cold War Germany Creator DLC, are excited to be rolling out the 1.1 update very soon - just in time before the Christmas holidays.

Right now it is only available on the RC-Branch for public pre-release testing, but it will be rolled out to the main branch of Arma 3 within 7 to 14 days, should no critical issues delay this release.

In this post we will go a bit more into detail about the new toys that the update will bring, but first check the new trailer we have prepared: 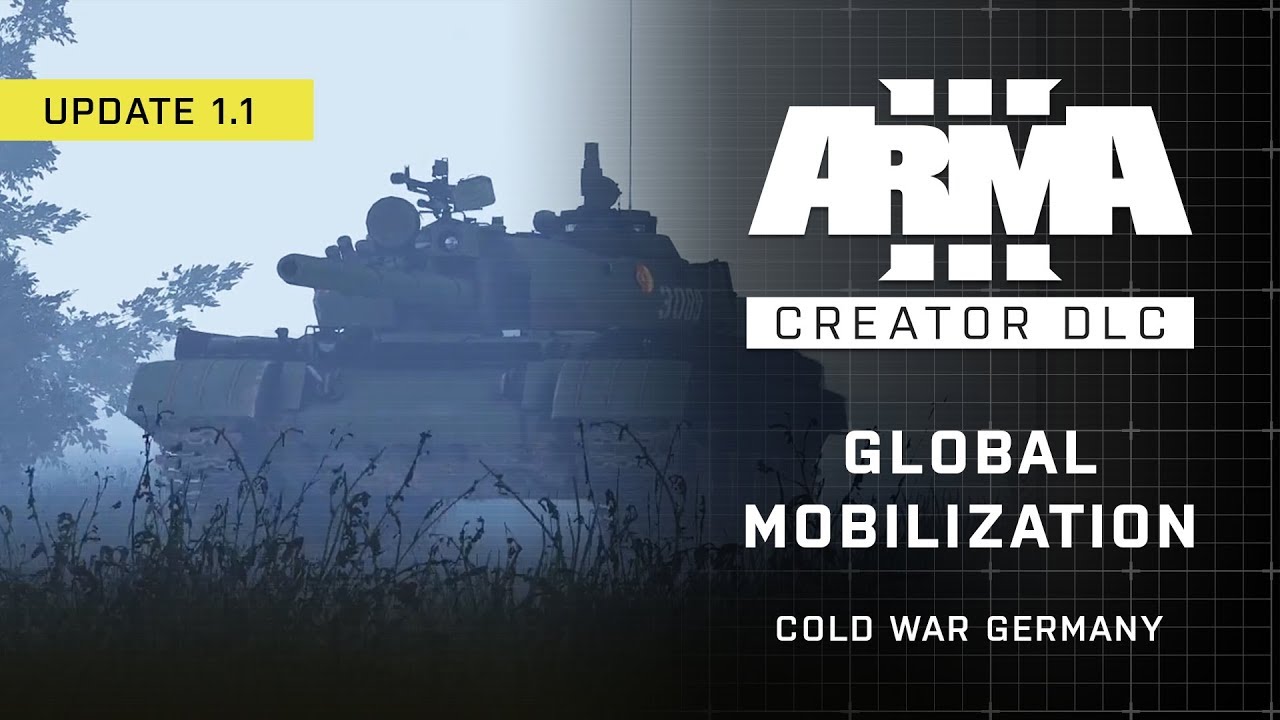 This update adds a lot of content to the DLC for free. Notable highlights are the new T-55 series, Danish APCs and the Polish Army faction.

Our T-55 tanks easily span 35 years of real-world development, from the very crude early model T-55 all the way to the highly advanced T-55AM2B that comes equipped with a laser range finder, extra armor protection and the ability to fire Guided Anti Tank missiles from the main gun.

All tanks are available for East Germany, while Poland only receives the T-55L and T-55LK variants. T-55A tanks are equipped with a 12.7mm DShKM Machine gun. The older T-55 carries a fixed-aim bow-MG chambered in 7.62mm. (The “T-55A” that was already present has been reclassified as “T-55”)

The Polish Army (abbreviated as LWP, Ludowe Wojsko Polskie) is a fully viable new faction in GM. This includes new infantry assets: vests, helmets, a backpack and new uniforms (summer, winter and autumn variants). These troops are motorized with the SKOT-2A APC (A vehicle made in ČSSR, designated “OT-64A”) to support their East German comrades. Polish vehicles can also be painted with Invasion Stripes, should they need to conduct some Soviet bloc style “Peace Support”.

Both eastern factions in GM are reinforced by the addition of the new PT-76B Light Tank. Although this vehicle is only armed with a 76mm cannon plus a coaxial 7.62mm, and is lightly armored, it is still ideal to be deployed as a small but fast recon unit.

The new SVD Designated Marksman Rifle is of course available to both East German and Polish infantry squads. 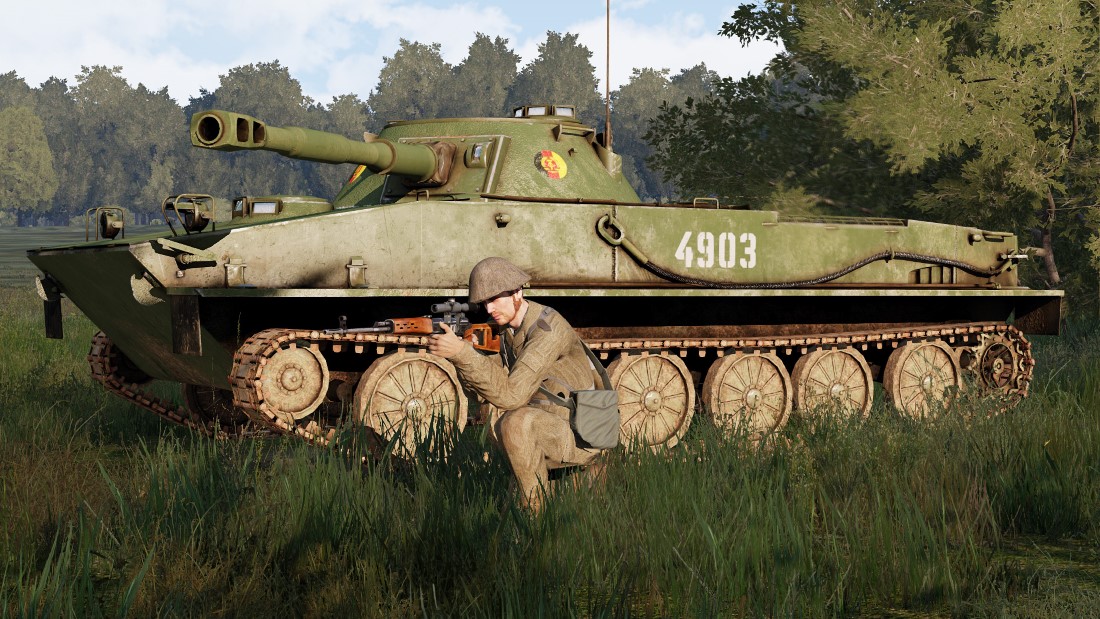 Denmark has been upgraded and received their specific M113 variant: M113A1DK. This APC fields a .50 Cal MG. Additional command, engineer and medical variants are deployed.

Within GM, Danish troops are wearing the M/84 camo pattern, which makes them have a fairly modern camo among the factions. To go along with this, we are introducing a Danish 1990s era infantry loadout: the M/95 Rifle (a Danish version of the Canadian C7 rifle), M/96 Combat Helmet and the M/00 Fragmentation Vest. As a side addition all Danish vehicles can now also be painted in “desert” and tan color schemes.

To provide firepower for these more modern troops, the M/92 PNMK arrives: it is a Fire Support Vehicle based on the M113A2DK and wields a mighty 25mm Autocannon along with a 7.62mm coaxial MG. 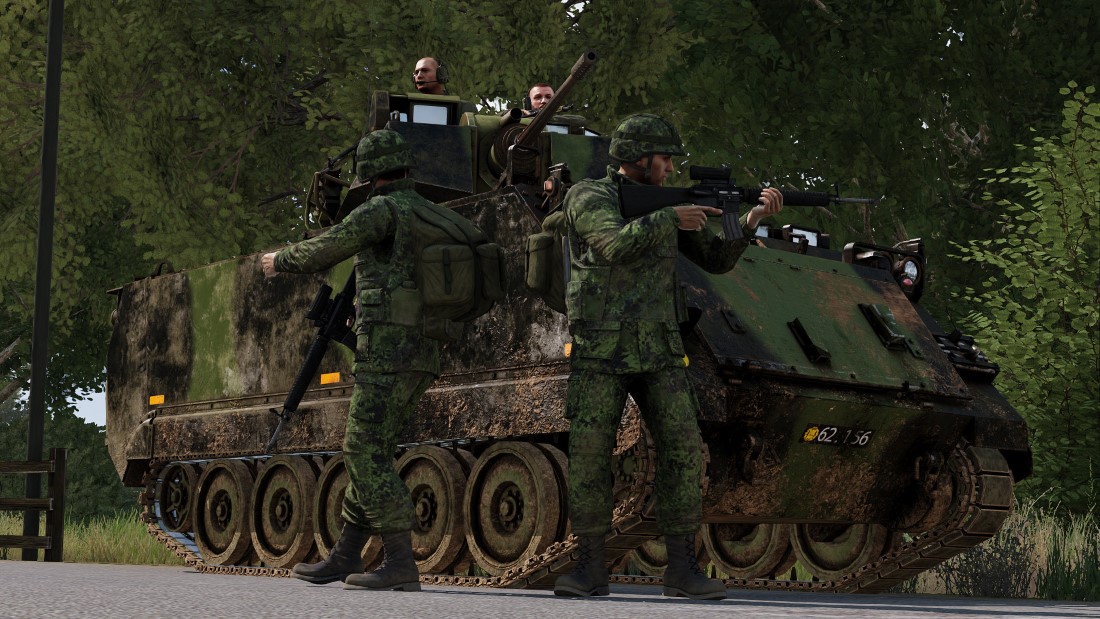 To streamline appearances, we have added renamed variants of existing weapons. This allows us to properly reflect differing designations between armies: GV M/75 (G3A3) and LMG M/62 (MG3) for the Danish, AKM (differs in appearance from the KM-72) and the Polish wz. 78 Flare gun (which is a Polish-made copy of the West German P2A1).

West Germany receives the smallest reinforcement in this update: They gain two additional tank variations: an early KPz 1A1 without extra turret armor, and the modern KPz 1A5 fielding extremely powerful ammo for its 105mm gun, which also uses a Laser Range Finder to deliver punches accurately. 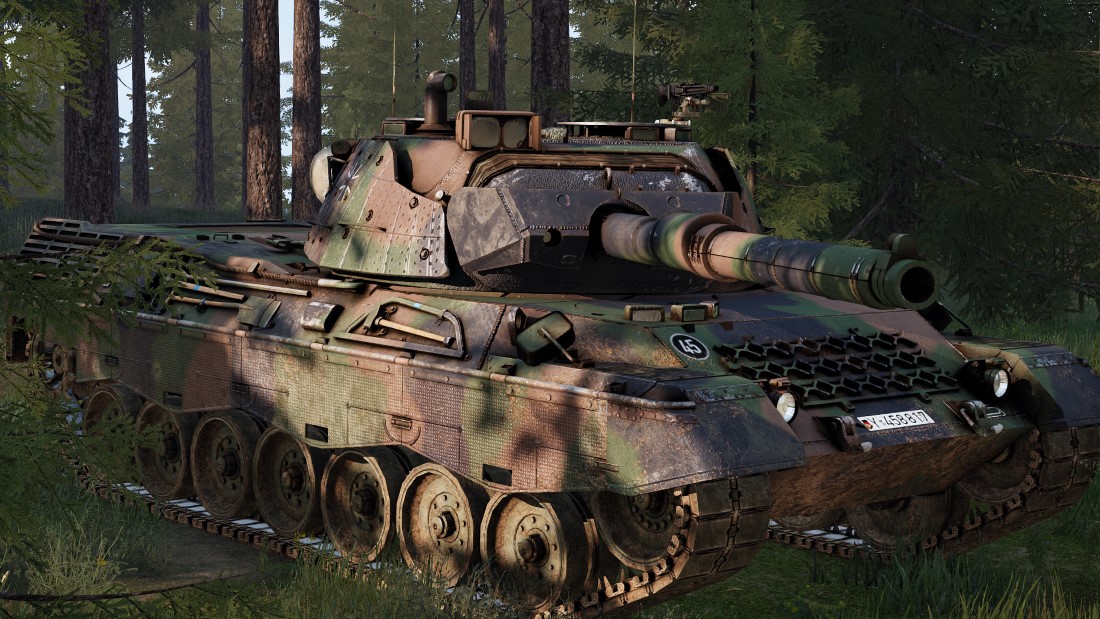 We have also been busy developing the inner workings of GM:

With the introduction of Denmark’s 1990s faction there had to be a rework of the group template setup (“Motorized Infantry ‘80” vs “Motorized Infantry ‘90”). This may cause some issues with user content that relies on accessing specific group configuration names.

Vehicles that carry beacons can now activate them.

GM’s ACE shelters can now be used as Vehicle-in-Vehicle cargo.

Antenna masts on command vehicles can now be extended via the vehicle customization menu.

The full RC changelog can be found here.

The size of GM has been optimized. Despite the massive addition of new content, the 1.1 update is only adding about one extra GB, bringing GM to a total of just 21.4 GB in size. 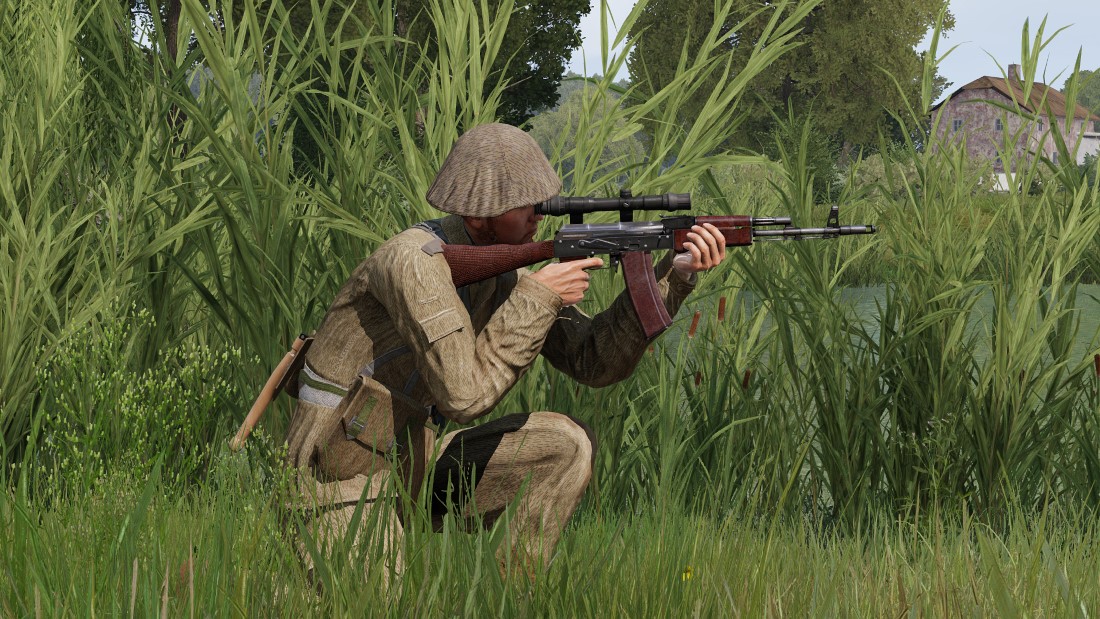 We are long-standing members and fans of the modding community, so of course we will not forget you: the GM Samples have been updated to contain templates for all helmets, backpacks and vests as well as everything needed for retexturing the new Polish content.

Dedicated documentation on how to retexture GM content is available here.