Following the reveal of Arma 3 Tanks DLC and the introduction of a large chunk of its content to Dev-Branch last Thursday, we're now busy processing all of your feedback ahead of the DLC's official release on April 11. The development team is also getting ready to deploy a public Release Candidate build later this week. As you can imagine, we're rolling towards the full release at maximum speed!

The complete Arma 3 Tanks DLC package is now on Dev-Branch. This includes the new vehicles and platform features, and since today you can also test the new mini-campaign, Showcase scenario, and multiplayer mode. We were very excited to finally present the total package to our community after a year of development. To introduce everything in splendid fashion, we published a Developer Diary video in which Creative Director Jay Crowe and yours truly provide an overview of the DLC and discuss the motivations behind some of the decisions that were made along the way. The official Tanks DLC release will be on April 11! 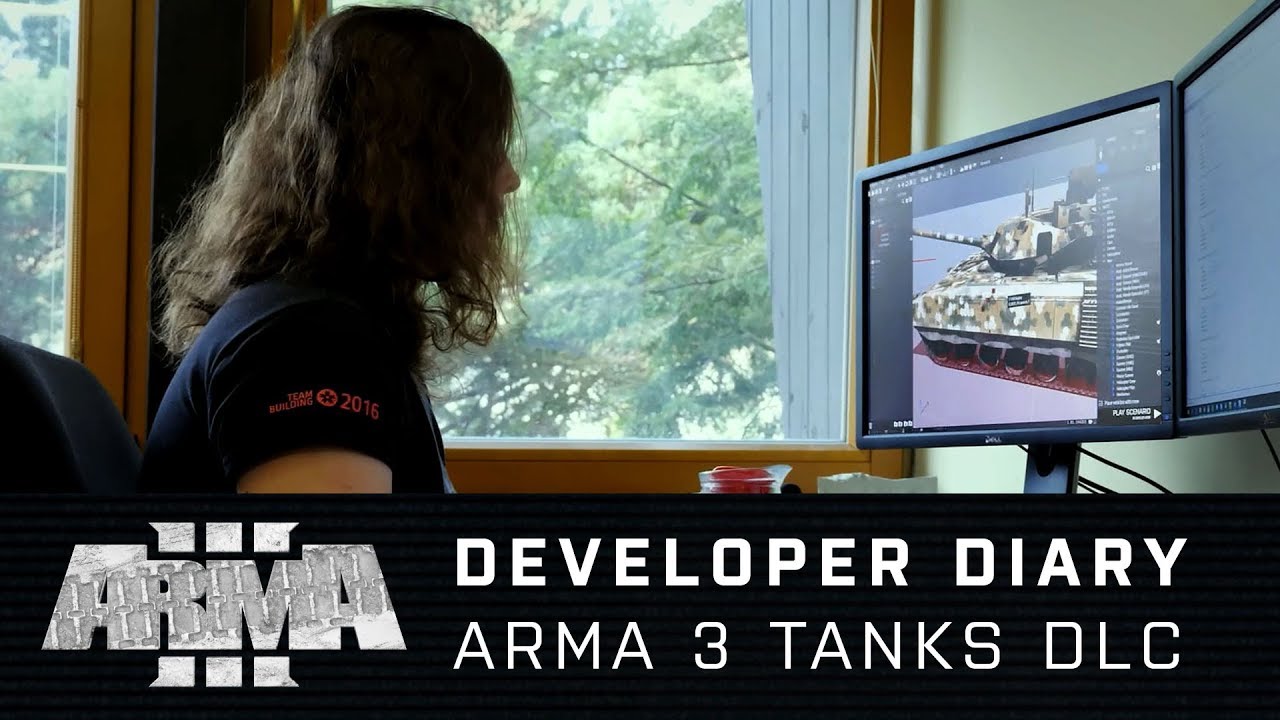 With Tanks DLC, we're also about to reach the final destination on our current roadmap. Plus, as of last week Monday March 5th, it's been five years already since the Arma 3 Alpha launched on Steam Early Access. Creative Director Jay Crowe celebrated this anniversary with a thunderous Tweetstorm - in which he reflects on some of Arma 3's many milestones (check the whole thread). Let us say cheers to everyone who has been with us from the beginning, and thanks to all who joined along the way! We wouldn't have made it without your support! Arma 3 has truly evolved into the most fleshed out military platform out there, and its journey is still far from over. Even though we're not developing any new official DLC after Tanks, there certainly still are lots of exciting things in store for Arma 3 that should benefit everyone in the community. We'll share more details once everything is confirmed. Stay tuned!

Over the years, many community groups / Units have formed around Arma 3 and its predecessors. ArmaJunkies is one of them, and they recently celebrated their five year anniversary! This group consists mostly of German members, and they've been helping us a lot with Release Candidate testing and other highly specific support for a couple of years now. It calls for a big thank you from all of us here, and we wish you many more successful events in the future. Happy anniversary!

Let's drill a bit deeper with Tanks DLC. To kick things off, take a look at this unofficial trailer by BlackPixxelDE. Great job on this rapid and splendid introduction! 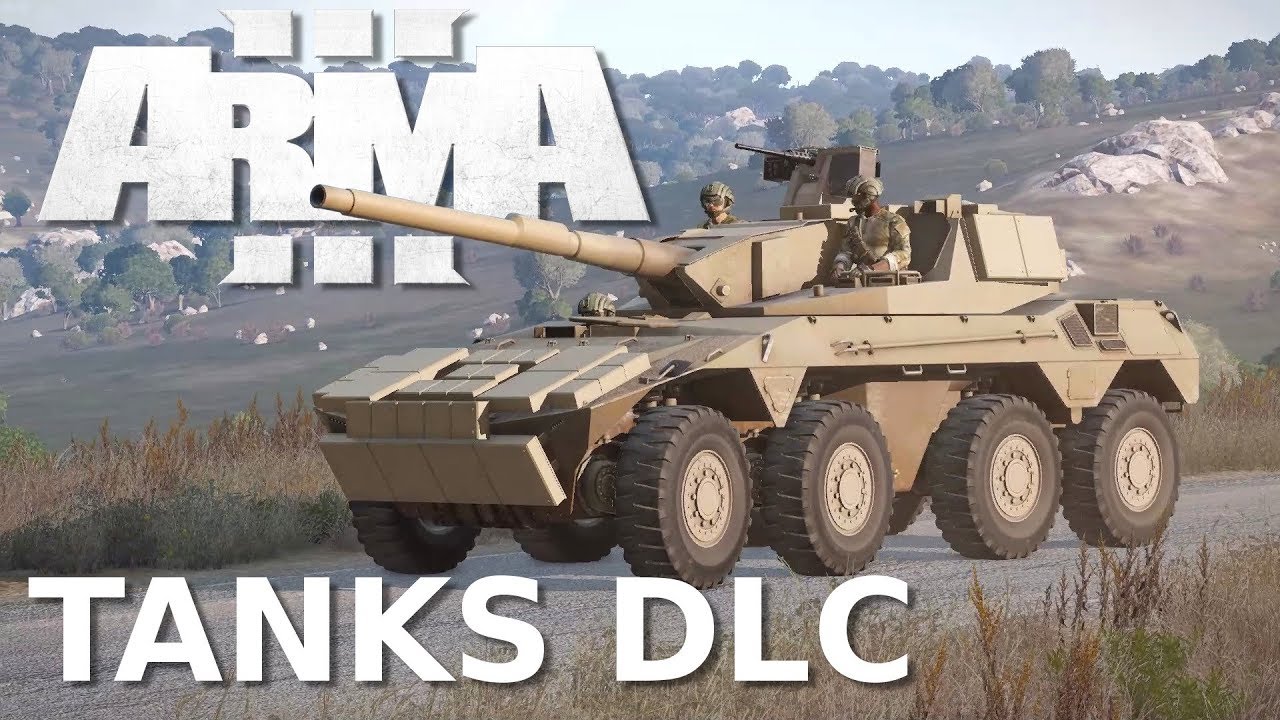 The stars of the Tanks DLC show are of course the three new armored vehicles. Perhaps the most conventional one is the T-140 Angara. This is a modern Main Battle Tank for the CSAT faction and it's built for destroying everything in its path. It also comes in a Commander variant, and players can select different paint jobs / liveries to change its appearance. Next up, we've added a rather unusual tank: the Nyx Armored Weapons Carrier. This AAF asset might not seem like a total bad-ass steel machine at first glance, but it's a typical case of looks being deceiving. The Nyx's AT variant is equipped with FireFIST missiles that are able to neutralize any armored target. It also comes in Anti-Aircraft, Autocannon, and Recon variants. Due to its smaller size and weight, the Nyx is able to outmaneuver larger enemies, and it can even be sling-loaded by copter. Last but not least, the Rhino Mobile Gun System will enrich the NATO faction. While this vehicle is technically not a tank, its 120mm cannon makes it more than capable of hunting them. This is also why we refer to it as a 'Tank Destroyer'. The Rhino can be connected to the Data Link, and its cannon-launched guided MARUK missile can even hit targets that are hidden behind hills or other obstacles. This wheeled armored vehicle requires a clever vehicle crew, which makes it really rewarding to play with. Furthermore on the asset front, we've wanted to balance out some of this new armored might by providing several options to counter it. Pick up the new 9M135 Vorona and MAAWS Mk4 launchers, or catch a ride in the new AT car variants and hunt them down.

Besides the new vehicles, Tanks DLC also features premium playable content in the form of a short mini-campaign called "Altis Requiem". Here, you'll be operating the new Angara and Nyx, and you get to experience the other side of the NATO offensive on Altis. Without spoiling too much, it's a refreshing perspective on the events from Arma 3's original "The East Wind" campaign. To also introduce the Rhino properly, Designer Václav Kerber has been working on Showcase Tank Destroyers. This singleplayer scenario gives players the opportunity to learn the ropes of playing as a Tank Destroyer. We do also have 3 fun Time Trials in the works, but those need a little bit more time in the garage before they arrive to Dev-Branch. As a free additional bonus for everyone who owns Arma 3, our Designers have also created a brand new competitive multiplayer mode. It's called "Vanguard", and combines elements of Team Death Match and Capture The Flag in Team-vs-Team combined arms scenarios. If you want to try it right now on Dev-Branch, we already have official servers set up both in Europe and overseas!

We're also adding tons of free decorative objects, including a functional repair depot. We can't wait for community scenario creators to start using these in their scenarios! And, as per usual with our DLC strategy, Tanks DLC comes with a range of free platform features available to everyone. Many of these were already introduced in the previous SITREP, so if you missed it, be sure to take a look.

Tanks DLC is now available for pre-order on the Bohemia Store and Steam with a 10% pre-order discount. Those who have the DLC Bundle 2 should already have the DLC in their Steam Libraries (the same applies to those who had purchased the discontinued Arma 3 Supporter Edition <3). Visit the Tanks DLC web page for the full overview - and click here to grab the latest official wallpapers! We're excited about the public reactions so far, and we'll do our best to include as much of your feedback as possible.

Arma 3's Experimental Ports for Linux and Mac have been updated to version 1.80 (including Tac-Ops Mission Pack and the most recent hotfixes). This means they are multiplayer-compatible with Arma 3's regular Main-Branch until the Tanks DLC release. After Tanks is out, we'll continue to work with our partners at Virtual Programming on a next update. Check the Ports web page and Community Wiki for more intel.

To directly support the strong and diverse Arma 3 community, Bohemia Interactive is still looking for a Community Manager to join our team. If this sounds like your dream job and you think you have what it takes, then please don't hesitate to apply via the appropriate form on Bohemia Interactive's Careers page! o7