reported by Vojtěch Kovařič on November 14, 2017

Yesterday we published the Arma 3 Tac-Ops Mission Pack to Dev-Branch and we're now starting to collect feedback. Our plan is to publish a Release Candidate later this week. Internally, data lock has been applied, which means all data changes are now carefully evaluated and packed manually to ensure a stable build. There's still a good amount of work to be done, but we can't wait to apply the last layers of polish and officially release Tac-Ops into the wild!

With the Tac-Ops Mission Pack now available on Dev-Branch, let's briefly discuss what it is and when you can expect its official release. Tac-Ops delivers three military operations (spread across seven missions) that aim to provide a true combat experience in an unrestricted war zone. The main branch a.k.a. the official release date is set to November 30. In the meantime, we look forward to your feedback, and feel free to share it with us directly via this dedicated forums thread. As with everything on Dev-Branch, we're still aiming to improve the experience based on the reactions and observations from our community.

By the way, as some of you already noticed, all players will be allowed to use premium assets (such as Marksmen and Apex weapons) inside these operations, even if they don't own the respective DLC or expansion. Outside of the operations, standard content licensing applies. Aside from that, not yet available on Dev-Branch are the After Action Report (AAR) videos. Presented by one of our military consultants, British Army veteran Ash, you'll have the opportunity to re-visit the operations in short videos of around 7-8 minutes. In these videos, Ash will share his recommendations on how to best tackle the missions, and hopefully inspire you to have another go and try out a different approach. Currently we're looking to add the AAR videos to Dev-Branch closer to the full release on November 30. Until then, you can still grab the Package with a 10% pre-order discount. Those who purchased the DLC Bundle 2 (or own the no longer available Supporter Edition) should already own Tac-Ops on Steam.

Some players might have spotted a small change to the main branch two weeks ago. In a brief Language Update, we added the Turkish language to the already rich language selection. Kudos to our localization masters for this effort, it took several months to have everything translated and corrected. To the new recruits from Turkey: welcome!

Dslyecxi, the leader of the Shack Tactical community group and creator of the official Arma 3 Community Guide series, shared a great video of one of their recent sessions. Operating on the splendid Prei Khmaoch Luong terrain (which we already mentioned in one of the previous SITREPs), Dslyecxi shows the exact meaning of his group's motto: 'serious fun'. The result is an epic recording of large-scale Arma gameplay! 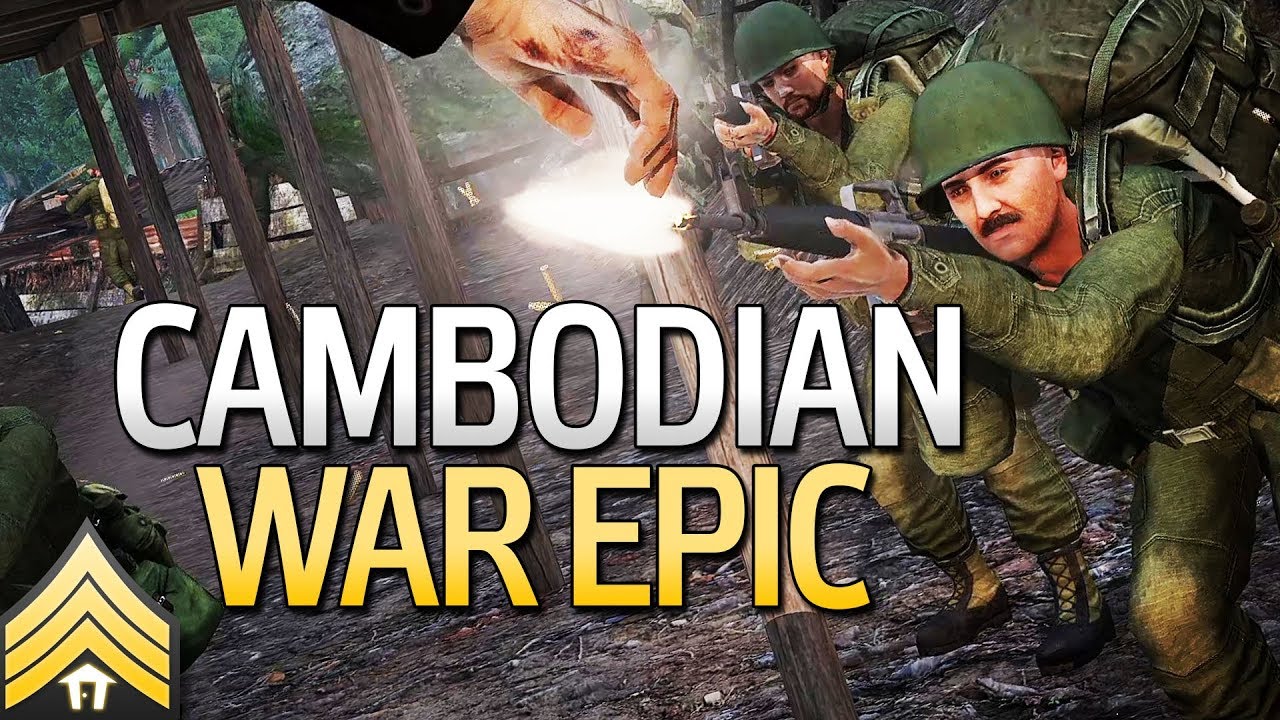 In another recent Dev-Branch addition, we deployed a solution that will hopefully help with the mass-kicking situations that some server admins were experiencing. By moving the BattlEye communication to a separate game port (2306 by default; or more generally game port + 4), we hope to ensure better stability with regards to the communication between the game and the anti-cheat system. Dedicated Server administrators are encouraged to open the new ports in order to receive BattlEye traffic. As for the BattlEye RCon tool, there is no need to change any ports, as its port number will remain the same.

In the weeks after the release of the Laws of War DLC, we've collected various community requests, plus we still had a few small things on our own wishlist. We're happy to report that in the upcoming update 1.78, we'll be able to accommodate some of those requests. Most love went to Tanoa's law enforcement Gendarmerie faction, who now have transport and cargo vans in their motor pool. We've also added the ability to toggle between vehicle and people transport for the cargo variant. By default this variant has space for Vehicle-in-Vehicle Transport, but now you can swap this for improvised passenger positions. That also includes Firing From Vehicles functionality from the side and rear doors. Please note that it's not technically possible to offer both at the same time, and there may be some glitches when applying this Virtual Garage component (Add passenger spots) and using it in Zeus. Rounding things off for our police officers, the Basic Helmet is now available in plain black. We suspect you'll find plenty of ways to creatively use these additions!

Some more random changes include the addition of (purple) civilian VR Suits, which were already available before for the other primary factions. We've also revisited the Cluster Bombs in order to add some subtle differences between the factions. As part of this we corrected an authenticity oversight by adding an aerodynamic nose cone for the CSAT bomb when used on fixed-wing aircraft. The original variant without cone is still available and is used on helicopters. Finally, for those who also operate in the real world, have you noticed that we now also offer a Laws of War / IDAP t-shirt in our Bohemia Store?

Arma 3's Experimental Ports for Linux and Mac were updated to version 1.76 yesterday. This means they now contain the Laws of War DLC and all fixes and tweaks released in Update 1.76. In addition, it means, for the first time, the ports are now on the same version as the main branch! This means cross-platform compatibility in multiplayer. However, please note that this is only temporary and the branches will again part ways with the Tac-Ops release. For now, the legacy port branch, which usually contains an older Windows version compatible with the ports, is set to the main branch of the game (1.76). Let us know what you think about the Experimental Ports and provide your feedback about their performance on the Bohemia Forums!