After a short Easter break, the Arma 3 development team is working together with BRAVO ZERO ONE Studios to apply the finishing touches to the Jets DLC. Internally, we have entered a Data Lock period. That means that every change to the internal development build of the game will now need to be individually reviewed and approved to ensure a smooth and stable build. Prepare to take off, this REPort will be full of Jets details!

Last week, four brand new Jets assets have entered Arma 3's air space. Dev-Branch players who pre-ordered the Jets DLC have the possibility to take the F/A-181 Black Wasp II, To-201 Shikra, A-149 Gryphon, and the Sentinel UAV for a test flight. In addition, new Crew Deck Vests are available as well. Together with B01 Studios, we are processing all the splendid feedback on the forums and Feedback Tracker. If you did not yet pre-order the DLC, but still want to try the premium additions, head over to the Virtual Garage and check them out without restriction!

There still is, however, one very large addition yet to enter Arma 3's Dev-Branch waters. Revealed in a splendid trailer, the CVN-83 USS Freedom is a full-sized aircraft supercarrier able to launch and recover naval aircraft. The ship can be placed in the map via the Eden Editor as a static object, and is reinforced by autonomous defensive systems (which can indeed be placed individually as well). We cannot wait for all the player-created scenarios and #armachinima videos to surface either on Steam Workshop or YouTube. We plan to unleash the carrier to Dev-Branch somewhere in the upcoming days. 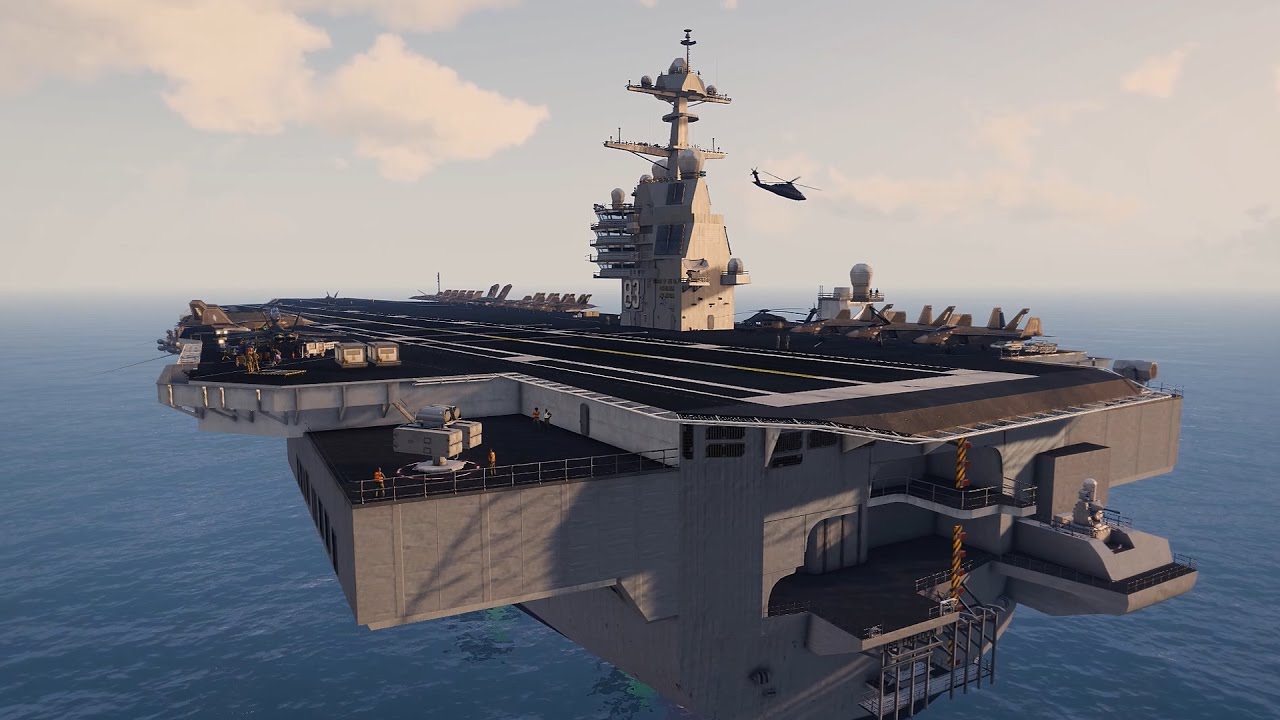 Now that we know what the Jets DLC has to offer, let's talk a bit more about the road to its release. All of the assets are either already on Dev-Branch (aircraft and Crew Deck Vests), or will arrive there very shortly (CVN-83 USS Freedom and its autonomous turrets). A Showcase scenario is also being prepared, but it will need some more time and tweaks before it's ready to be introduced to Dev-Branch. As per usual with every planned Main Branch update, we intend to start a Release Candidate branch in a week or two in order to polish the build to a splendid state. This effort will culminate on May 16th, which is the official release date for the Jets DLC along with Update 1.70. Until that time, it is possible to pre-order the DLC on Steam and Bohemia Store with a 10% discount. To save even more, consider buying the Arma 3 DLC Bundle 2, which contains all of the currently planned upcoming additions (Jets DLC, "Orange" DLC, Tac-Ops DLC, and Tanks DLC), and is 25% cheaper than buying each of them separately.

We are proud of the fact that the Jets DLC is being developed in close cooperation with an external third-party development team, BRAVO ZERO ONE Studios. B01's Project Lead, Joshua “Saul” Carpenter, wrote an OPREP to expand upon the creation of the Jets assets, some of the decisions their team had to make during the process, and the cooperation with Bohemia Interactive in general. It is a great and inspirational OPREP for anyone interested in game development and creating new Arma 3 assets from scratch.

Make Arma Not War winners Red Hammer Studios updated their RHS mod with new additions and fixes. Patch 0.4.2.2 adds new sounds, mortar rounds and optics, and AK rifles to an already rich collection of assets. The RHS mod is available on Steam Workshop and via the RHS web page. Congratulation to the team on the release!

The freedom of Arma 3's sandbox combined with the creativity of our players is something that continues to amaze us again and again. This time, Andy Kelly takes on the role of Zeus, and guides his fellow PC Gamer editors through various crazy challenges on Tanoa. These challenges involve a death karts race, hiding from attack helicopters, and a last-man-standing scenario. As you might imagine, plenty of unexpected and hilarious events occur - resulting in a brilliant and entertaining article to read!

One of the most anticipated engine features coming along with Jets DLC is the selection of Dynamic Loadouts. With the possibility to choose the precise ordnance, missiles, bombs, and rockets of an aircraft, we are adding support for this addition to more and more vanilla vehicles. Technical Designer Jiří Lank explains what will change in the game data: "Current plane classes will now be hidden in game. Community can still use and reference them for backwards compatibility - current scenarios (or any creation using the old models/classes) will still work without any issue. In Eden Editor, players will select freshly configured assets with Dynamic Loadouts by default and the old ones will no longer be visible."

A brand new modification to Arma 3 has surfaced recently. Created by Bohemia Interactive developer Adam Franců in his free time, Arma 3: Original War aims to bring the best of two game genres together. Adam expands on this idea: "Arma 3: Original War is a modification that focuses on remaking the legendary strategy game Original War within Arma 3's Real Virtuality engine. It utilizes Arma 3's Zeus to offer a unique combination of RTS and FPS, fully supported within the multiplayer environment of Arma 3. See the conflict from different perspectives - play either as an RTS player - responsible for building bases, researching technologies, manufacturing vehicles and defeating enemies with all possible assets - or as an FPS player, helping in resource collection. Most importantly, be a very important asset when it comes to the battleground." 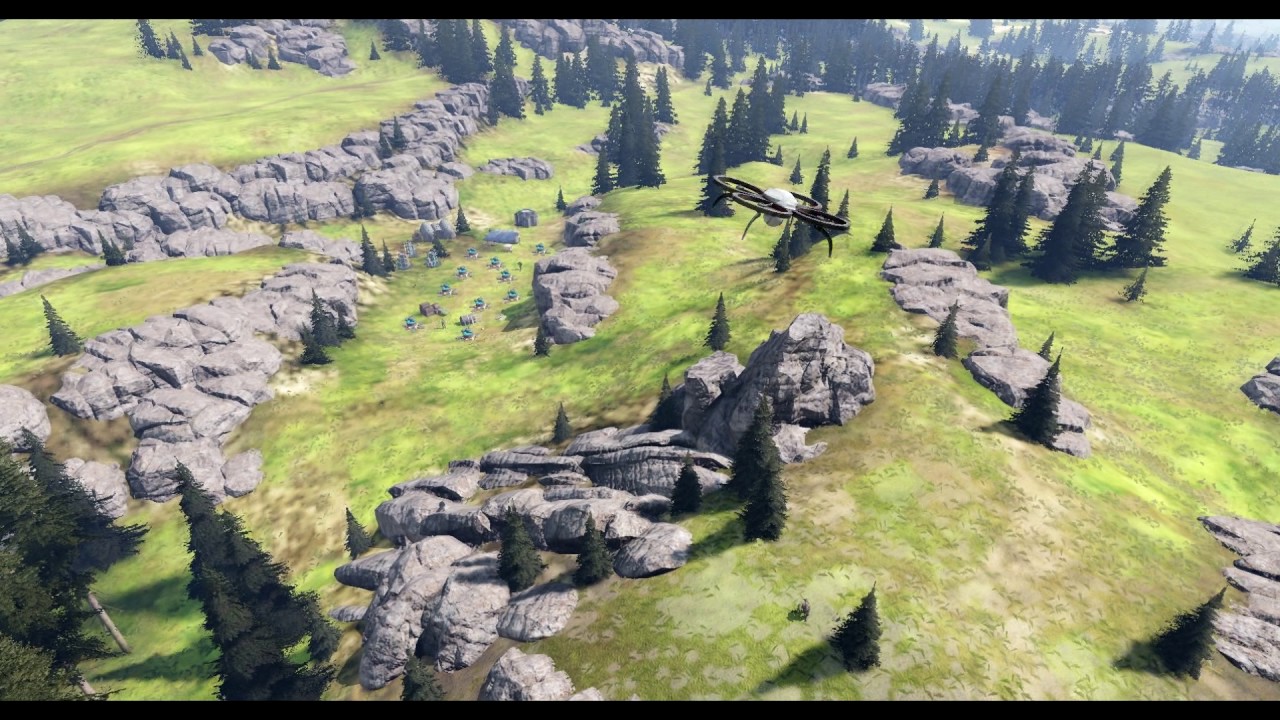 Update 1.68 received a second hotfix targeting a blocking issue in the East Wind campaign and start-up problems for 64-bit users. The Dev-Branch of the Arma 3 Tools package was also updated to overhaul the installation of Buldozer. Inspect the full changelog for more details.