reported by Vojtěch Kovařič on April 4, 2017

The development team is now working on the last bits of Jets DLC content so it can be deployed on Dev-Branch Soon™. Some of our designers are planning and recording some new voice-acting, while our artists are polishing the remaining assets in cooperation with BRAVO ZERO ONE Studios. We are also evaluating the state of the game overall, following the significant Update 1.68 (and its hotfix).

It has become somewhat of a spring tradition that Creative Director Jay Crowe prepares a devblog to scan the horizon for upcoming Arma 3 content and features. In a splendid video (accompanied by a brief introduction), viewers get to see all of the new aircraft in the upcoming Jets DLC for the first time. We also explore some of the new platform features that come with them. Aside from that, Jay discusses all of the other DLCs planned for this year and beyond. We expect to share more details closer to each DLC's individual release. 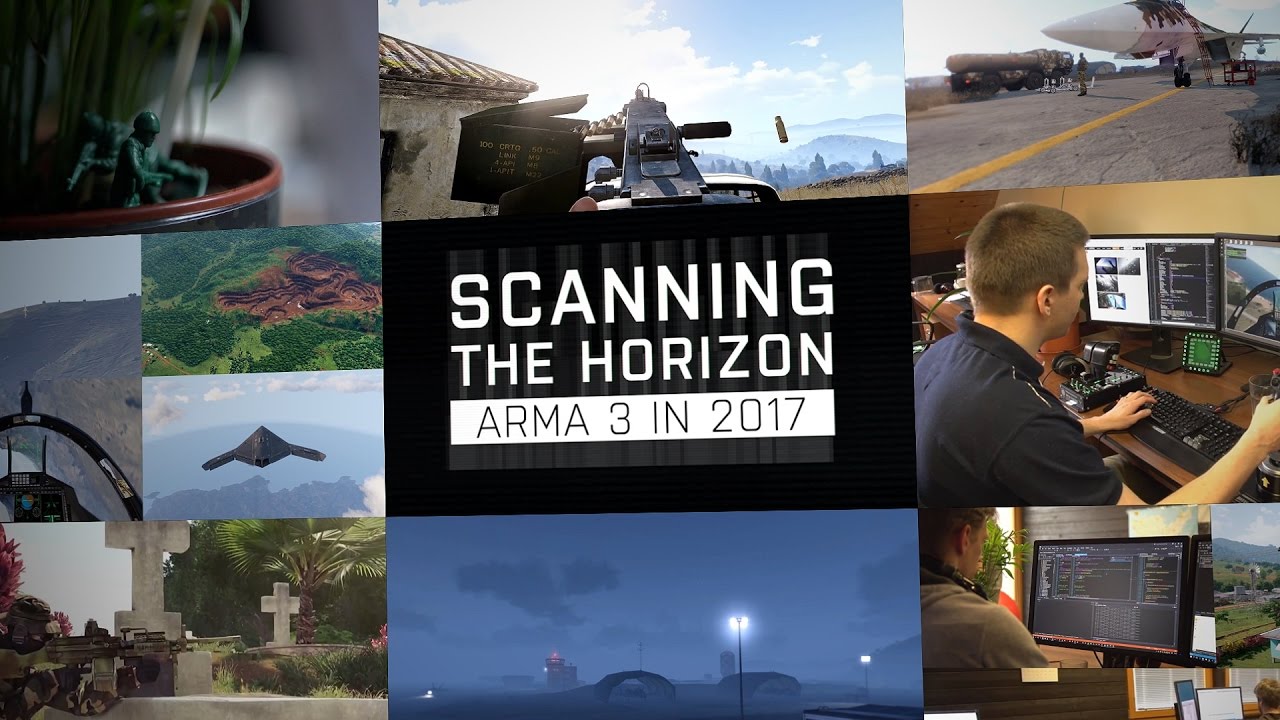 The Jets DLC is due for release in May and can be pre-ordered with a 10% discount exclusively on the Bohemia Store. The DLC Bundle 2, consisting of Arma 3 Jets, Arma 3 "Orange" (working title), Arma 3 Tac-Ops, and Arma 3 Tanks, is available for purchase both on the Bohemia Store and Steam. To avoid any confusion: the only other product of the game that contains all of these (and future) DLCs is the Arma 3 Supporter Edition, which was available only during Arma 3's Public Alpha & Beta (and thus is no longer on sale). These supporters will receive all of this DLC for free as part of that edition.

In the Scanning the Horizon video, we promised one or two little surprises for our players that are yet to be unveiled. One of them was revealed last Saturday, and aims to improve your dance moves on the battlefield. Whether you're waiting for an extraction or for your squad mates to prepare their loadouts, there's always time to bust out some moves. Unfortunately, we had to decide to postpone the Switch Move DLC indefinitely as we realized that nobody in our team is a skilled enough dancer to motion capture everything to our satisfaction.

A new promising community mode has surfaced! Arma At War (AAW) is a competitive, team-based, and tactical, PvP game mode. It has been in development for over a year now, and the team, lead by Hoegnison, tries to combine accessible fun with hardcore elements. Hoegnison explains: "In its vanilla version, players do not require any mod and can easily hop on a server to try it out. While we are trying to make the entry barrier as low as possible, we will still include depth and complexity. Due AAWs framework character, it is easy to implement modifications and customize your gameplay experience as well." There are currently three servers running the mode as part of its final testing. The AAW team would appreciate it if more people came and tried it out. You can get more information via their Discord channel. 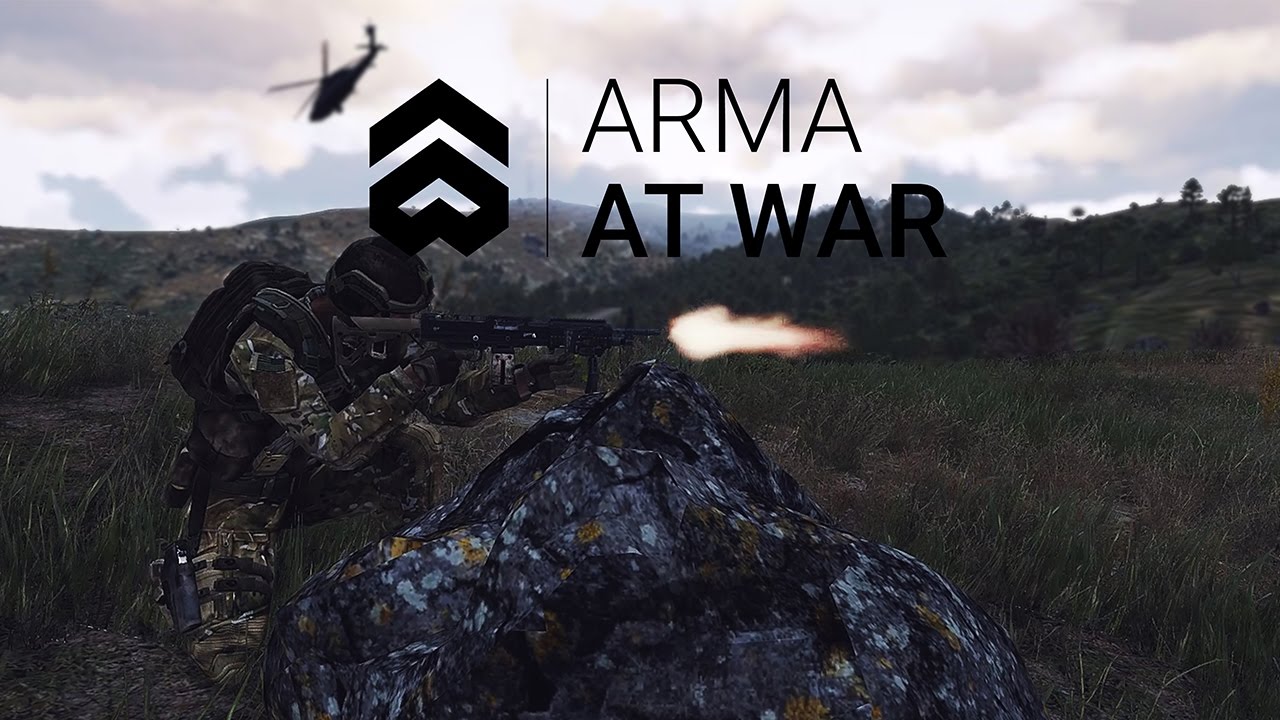 Admirers of precise movement and strict weapon discipline in Arma 3 are most likely already familiar with the Firing Drills. This set of Challenge scenarios aims to increase your weapon and movement skills. Of course, this also represents an opportunity to show off. TacticallySlow did exactly that by placing himself among the Top 50 of the Leaderboards in two different Courses of Fire. Great job, TacticallySlow, we can't wait for what CoF you attempt to master next!

In the previous SITREP, we talked about a hotfix for the 1.68 Update. Since then, this hotfix has been set free in the wild. With such a major change as the 64-bit executable certainly is, it is nearly impossible to catch all issues before release. Fortunately, our reports show that the vast majority of our players indeed experience some performance boost and better overall stability of the game. Sadly, some players (mostly those using laptops with integrated / hybrid graphics cards) may still experience performance drops or start-up crashes. We are in the process of collecting feedback and will be ready to address these issues as soon as the fixes are tested and confirmed by our Quality Assurance Department.

Meanwhile, Dev-Branch has welcomed a couple of new additions. Altis and Stratis are now brought on par with Tanoa in terms of the environmental audio. Players can hear the sounds of wind or rain when walking past trees in forests. Cicadas are audible from the bushes, and meadows and birds can be heard from the tree tops. Our Audio ninjas are now working on adding sounds to specific structures (such as wind turbines, AC units, and others). On a different topic, platform improvements for Jets DLC are being expanded as well. For example, more vanilla vehicles are now configured to use Dynamic Loadouts (e.g. the To-199 Neophron and the Mi-48 Kajman).

Arma 3 Tools application was updated to version 1.081. This brings (32-bit) Buldozer to 64-bit systems, fixes start-up crashes, and improves the Publisher. Tools Commissar Julien Vida has shared the changelog on the Dev Hub.

The printed version of the Tanoa map, the South Pacific terrain featured in the Arma 3 Apex expansion, is now available on the Bohemia Store. Follow the example of our CEO Marek Španěl and grab one for yourself and/or your friends!