reported by Vojtěch Kovařič on March 8, 2017

The development team is now in the final stages of preparing Update 1.68 for its release. At the moment, we're still polishing some things, and testing the update in a multiplayer environment. Aside from that, we're also investigating reports of crashes on 32-bit clients. Once we have all the last fixes ready and confirmed by our Quality Assurance department, we hope to release the update some time next week.

The #Armachinima Awards have concluded, and it's been a blast! After watching all of the videos from the top ten, members of the development team voted internally for their favorite video, and as a result, we announced the winners! Congratulations to KinglesPringles for taking the top spot with "BRASS". Spot-on, highly polished video editing, picture & music synchronization, great attention to detail: these are the attributes that made BRASS stand out. We'll be spotlighting more of the nominee entries in upcoming SITREPs.

Now that this contest has reached its finale, we would like to congratulate the winners yet again, and compliment all participants for their splendid work. Also, a big thanks goes out to everyone who showed their support by encouraging the creators and voting for their favorite entries. We are truly grateful and proud to see the determination, creativity, and comradery that drives the Arma community! 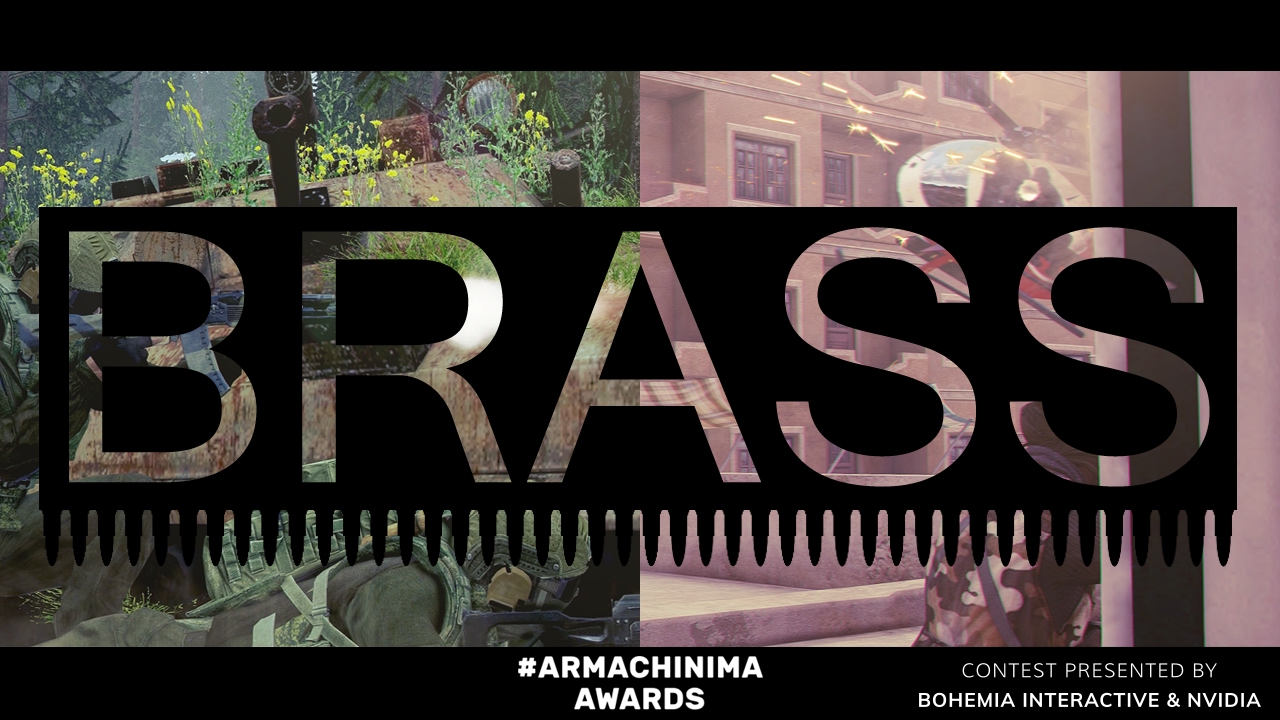 It is exactly four years now since Arma 3 was introduced to the Steam Early Access program with its Alpha release. To celebrate this remarkable anniversary, Project Lead Petr Kolář shares kind words to our players: "Fours years ago, Arma 3 went out in Public Alpha on the spearhead of Early Access (technically before the Early Access itself was introduced). The whole team was looking forward to the community reactions and got positively surprised - community members looking for the Supporters Edition of the game even managed to effectively 'DDoS' the Bohemia Store. The Arma 3 team was dedicated to deliver the best to you, the community, ever since. Meanwhile, we have managed to tackle many highly-requested features; and will continue to do so. Thank you for staying with us on the bumpy roads of Arma 3, time flies when you are having fun!"

The latest Dev Photo takes place in our Mike studio. One of Arma 3's military authenticity consultants Ash spent a week with us and shared his feedback and knowledge on all of the upcoming DLCs as well as Arma 3 in general. We've discussed potential improvements to some of our existing systems, feasibility of some proposals, and had a great time during internal multiplayer sessions. It was splendid, hope to see you again soon, Ash!

Several games from the Arma series are now temporarly available at a very low price as part of a recent Humble Bundle. Arma 3 is included! For only 15$, you can get Arma 3 and also the Karts DLC along with Arma 2 (and several expansions), Arma Tactics, and the good old classic Arma: Cold War Assault. What's even better: you can directly contribute to the American Red Cross and their charity activities. Grab your Bundle while you can, the offer won't last long. To all the new recruits to the Armaverse: welcome!

A few significant additions made their way to Dev-Branch over the past weeks. Let's take a look at some of these. First up, new dialog controls aim to improve the way information is displayed to the players in the UI by allowing for interactive tables and rows. Developed originally for the Project Argo Open Prototype by Senior Designer Vladimír Hynek and Programmer Rastislav Tisovčík, Arma 3 now also fully supports this technology and is made available in the recent Dev-Branch builds. Visit the Community Wiki page to check the documentation. We look forward to see all the new creations made by community scripters.

We've also seen the arrival of new script commands: modelToWorldWorld and modelToWorldVisualWorld convert positions from object model space to the world space (that is not affected by terrain height), reportRemoteTarget expands the Datalink functionality, and a new endl script command creates a string containing a line break. Feel free to provide feedback on these commands in the general Dev-Branch discussion on the forums.

Last but not least, one of the first additions related to the upcoming Tanks DLC is now available to Dev-Branch users. The new Fire Control System aims to to improve the way tank gunners set up, zero, and operate their weapon. After lasing the target (the 'T' key by default), the main and also the coaxial machine gun will be automatically adjusted according to the target's distance and motion. This corresponds with the real-life usage of the system, making engaging a moving target from within a moving vehicle possible. Please provide your feedback on the forums thread. It is very much appreciated!

The Dev-Branch of the Arma 3 Tools was recently updated. Among other changes, the package is now being prepared for the 64-bit executable release planned as part of Update 1.68. The complete changelog is available on the forums.