reported by Vojtěch Kovařič on January 10, 2017

The development team is back from their winter holidays and is fully operational. The production of 2017's deliverables is in full swing and we're set for another year of support and another year of Arma 3.

The community redditors might have seen quite an original request on the Arma subreddit. DaCrazyJamez was looking for somebody to bring the face of his father to Arma 3 as a Christmas present. To the surprise of many, our Junior Artist Stefan Verbeek from Bohemia's Amsterdam office responded and offered his help. After receiving all needed reference files, he created and delivered the textures in his free time and even provided a simple tutorial for those who would like to bring their own custom faces to Arma 3. To match the Christmas spirit, DaCrazyJamez promised to donate to charity for Stan's work (who worked free of charge). Great gesture!

We're happy to see that the continuous updates for Arma 3 and its bustling community is paying off, with Arma 3 making it into the Steam Top Sellers of 2016. Also, the number of concurrent players climbed almost to its all time record in the past few weeks. We're very grateful for the enduring support even three years after the release. To all the new recruits who have joined the community: welcome!

The Arma Finland community group released a beautiful 'Year in Review' video on YouTube. Looking back at 2016, we're treated with some spectacular footage of their operations, various community terrains, Finnish comms (which we don't really understand), along with some extraordinary moments. As we all really enjoy such montages and machinimas, there will be an announcement connected to this kind of video content very soon™. Thanks to Arma Finland for the entertainment! 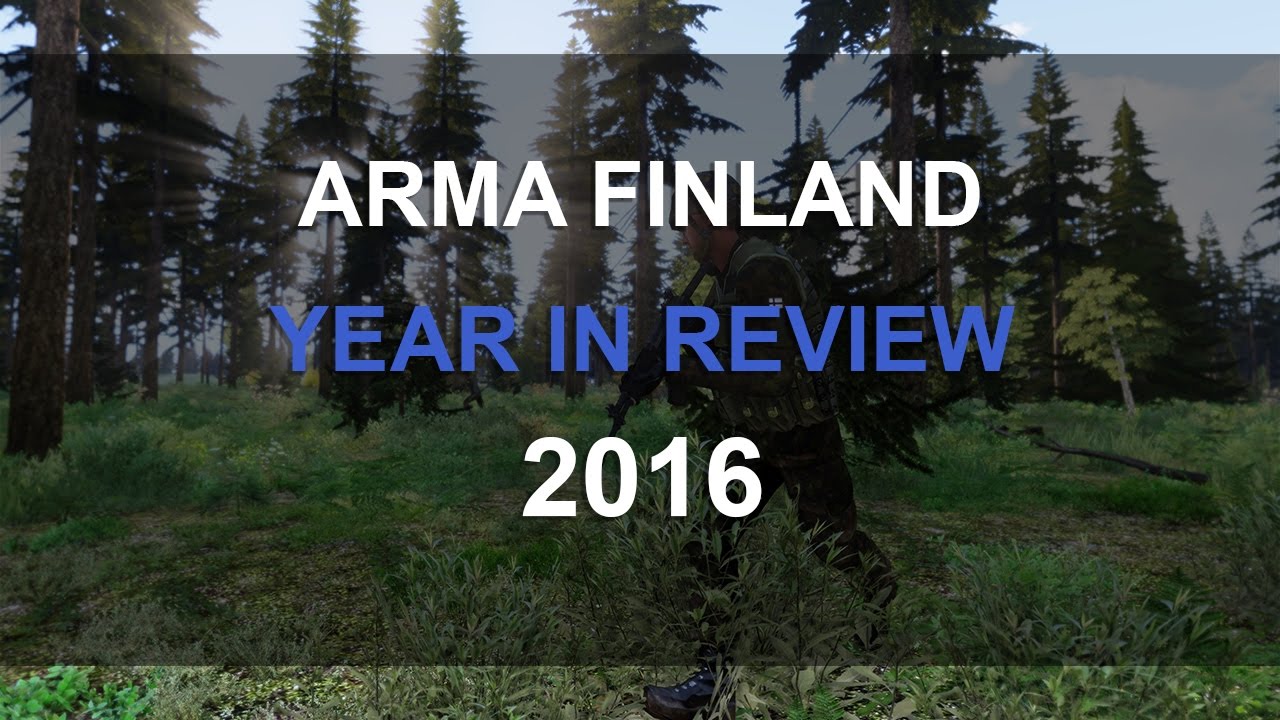 Red Hammer Studios, community modders and Make Arma Not War winners, have shared an interesting insight into the creation of a vehicle for their already extensive library. From a low-poly model to a highly detailed asset, viewers are taken through the development process of the RG33L 6X6 MRAP. RHS member Richards describes the struggles met along the way and shares interesting bits of this 6-month long journey. We'd also like to congratulate RHS on being in the top 10 best mods of 2016 according to the voters at ModDB. Splendid work!

Then to share something completely different with you. This morning, we received the sad news that Paul "Bushlurker" Pelosi has passed away after a battle with cancer. Paul has been a long-time custom Arma terrain maker, and we consider this a great loss for our community - but most importantly, we wish his family, friends, and everyone close to him a lot of strength in this difficult time!

In the last week of Dev-Branch updates before our holiday break, our Dev-Branch players were given some goodies to play with. The first part of the features connected to Arma 3's upcoming Jets DLC aims to add more depth to vehicle vs vehicle warfare. Let's take a look at these additions and what they bring to our players.

Sensor Overhaul is a series of improvements to the ways vehicles are detecting other assets operating in their radar reach. Introducing a new symbology, rules for specific vehicle types, and overhauling target detection in general, both vanilla and modded vehicles can benefit from the countless gameplay possibilities waiting to be discovered.

Extended Hitpoints for airplanes aim to bring the damage model of air assets on par with other vehicles. As a result, players have more possibilities to escape even with a severely damaged airplane while fighting some previously unseen difficulties, such as fuel leaks or a malfunctioning HUD. As with the previous feature, please share your feedback on the respective forums thread. It's much appreciated!

Not all recent Dev-Branch additions are connected to the upcoming Jets DLC. We're constantly working on Arma 3 platform improvements in all possible areas. New Event Handlers (Deleted, Dragged3DEN) should ease the job of modders, the '-hugePages' startup parameter enables better memory handling for the default memory allocator, and the Vehicle in Vehicle Transport feature was extended to also work with certain non-vehicle objects. To follow Dev-Branch changes on a daily basis, feel free to follow the Dev-Branch Changelog thread and provide your immediate feedback to the Dev-Branch Discussion thread.

Bohemia Interactive is looking for new colleagues to join its ranks. Be sure to visit the Careers page. There might be a position just for you. Some of those are directly connected to Arma 3's development (e.g. Gameplay Programmer or QA Assistant). Please do not hesitate to contact us for more details on the advertised positions via the forms on the page.