reported by Vojtěch Kovařič on November 22, 2016

The development team now focuses on polishing the Release Candidate of Update 1.66 to a splendid shape. While we're still tracking quite a number of issues in the build, we're tackling the bugs one by one, and hope to release the update in the upcoming weeks. Apart from fixes and maintenance, there are some additions coming in this patch, too. More on them later in this report.

The 11th AMB, a Dutch realism unit, has published an epic unit promo video. In the trailer, they showcase tactical approaches on both official and community-made terrains using some clever video editing that matches the music. Great work, keep it coming! 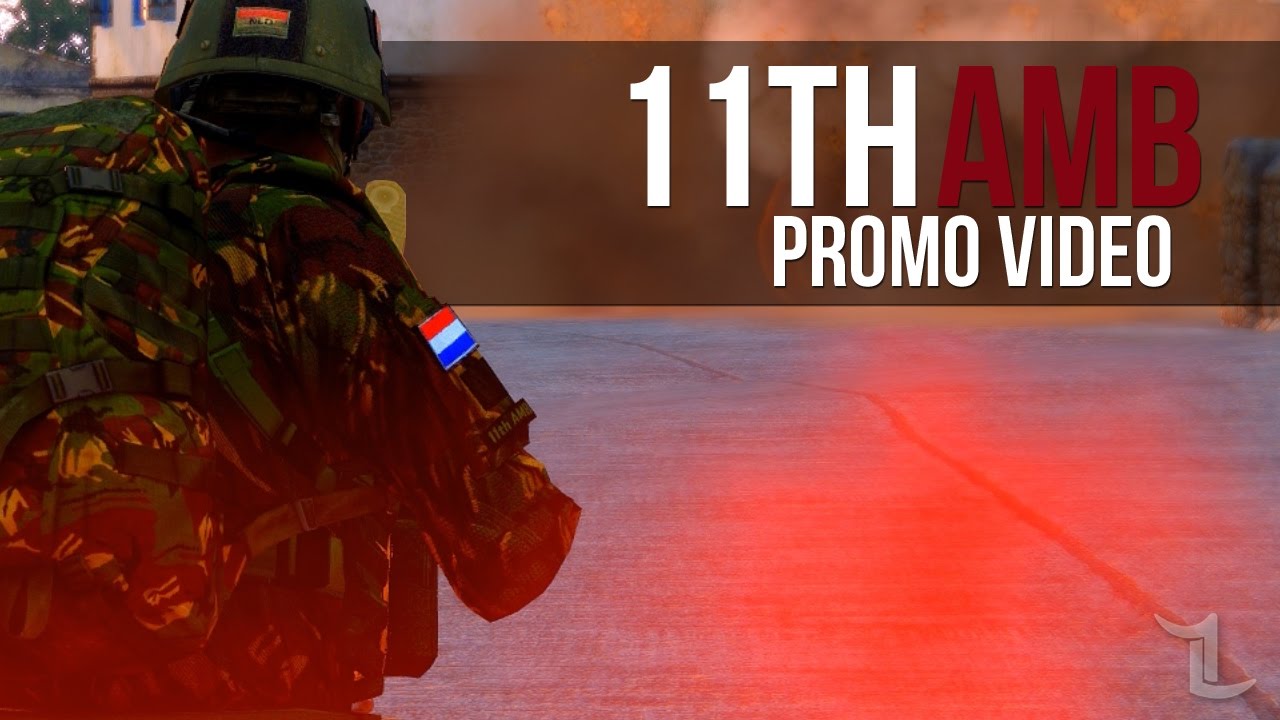 Why doesn't Arma 3 support Steam Cloud Saving? That is the question PC Gamer asked our Project Lead Petr Kolář. Simply put, while we surely recognize the benefits of having the save files backed up in the cloud, there are some obstacles we cannot really work around with our current save system. Arma 3 uses multiple save locations for several purposes (Eden Editor scenarios, Campaign saves, user settings and profile, etc.). All of this gets even more complicated when mods are factored in. To avoid compromising the platform, we've decided not to enable Steam Cloud Saving. Needless to say, if our future technology allows for a more robust solution, we'll be sure to re-evaluate the options again.

Faces of War, a new World War II community mod, has reached its Alpha milestone and was released through the Bohemia Forums. The package includes a terrain, weapons, and vehicles - and more is yet to come. The authors are also looking for some talented members to join their team. Be sure to check screenshots of Faces of War and download the mod via the forums post.

As we've already mentioned, testing of the upcoming Update 1.66 has started. While it focuses mostly on maintenance and stability fixes, there are some improvements which affect every step you make in the game. Senior Audio Designer Tomáš Bayer expands on the Footsteps Audio Overhaul: "We've recreated footstep sounds and their implementation basically from scratch. Most of the sounds were recorded again and were placed in separate layers. Using the SoundSet architecture, each footstep sound is now dynamically mixed from several separate sound layers being played on each step players make: boot, surface, or a random additional sound (branches in the forests, creaks on wood and others). Additionally, a Wet layer is being triggered depending on the humidity level, which, naturally, raises when it's raining. As a result, sounds of on-foot movement now provide a significantly larger diversity: chances of hearing the same footstep sound twice in a row are minimal."

Many of you got excited to see Dynamic Simulation in the Release Candidate build. Unfortunately, as we've expanded on its implementation quite a bit recently, the feature requires more testing time by our QA experts and we've decided not to include it in Update 1.66. To get more Intel on Update 1.66 in general, we've started our usual communications channels. Feel free to use our official Feedback Tracker to post issues you find, visit the Reddit post for discussing the update with others and follow the RC forums thread for the Release Candidate overview and its updates. Thank you for participating!

In our recent Roadmap 2016-17 blog, Creative Director Jay Crowe briefly mentioned the 64-bit client of the game. While we plan to publish a separate OPREP on the topic closer to its Dev-Branch release, some details can already be shared now. Richard Biely, one of the programmers responsible for the development, throws some of the facts on the table: "Being able to utilize virtually all your system's memory, the performance of Arma 3 should become a lot more consistent. With the ability to cache a huge amount of data, less loading is required. This translates into less work for the game to do and ultimately into more fluent gameplay. Rather than introducing a miraculous framerate increase, an improvement in the performance will be most visible when playing the game with a long view distance. The amount of data to cache is rather large in this case and the game will benefit greatly from an increased amount of available RAM." Naturally, such a great change comes with some limitations. Players will not be able to run 64-bit Arma 3 on 32-bit Operating Systems, or 32-bit only CPUs. Significant adjustments are also being made to the Launcher. Senior Programmer Jiří 'Wizard' Polášek is working on a proper distinction of the game versions. It is not as easy as it might seem, the Launcher not only handles the way Arma 3 is started, but it also takes care of the connection to Steam Workshop and its mod database and has to make sure proper extensions are launched along with the game. A big thank you to both Richard and Wizard for their work!

Senior Programmer Krzysztof Bielawski provided a unique insight in low-level refactoring of AI behavior. His OPREP focused on the recent improvement to Arma 3, AI path-following, and explains the motivations and technical details on the path to a more reliable and natural AI driving. Since the behavior for wheeled vehicles is now fully implemented in Update 1.64, we hope to enable these improvements also for tracked vehicles on Dev-Branch soon.

Last but not least, our colleagues over at Bohemia Interactive's Mobile team have enlisted more than half a million commanders in Arma Mobile Ops. To celebrate, they released the biggest update yet, with Faction Wars as the main highlight. Join either the Clouds or the Flames, and fight for victory in monthly seasons. The winning faction will of course be handsomely rewarded. You can play Arma Mobile Ops for free, so head over to the App Store (iOS) and Google Play Store (Android). See you on the leaderboards!