We are presently preparing a snapshot build for the 1.60 update that we'd like to release at the end of this month. We feel that we should point out this is another complex update that affects the game in many areas. Some of those are very prominent, like the Visual Upgrade. Some are more low-level and explained later in this report. As is usual for Arma 3, these changes have been available on Dev-Branch for weeks if not months. We will also soon stage a public Release Candidate for even broader testing. And of course we're doing our own extensive build tests. As we've learned, no matter how hard we all try, there is a risk of errors sneaking in. Please know that we will work hard to mitigate the risks and to address issues should they appear. Ultimately, doing these changes now will pave the #RoadToApex, and hopefully provide a smooth landing on Tanoa.

There is a new Dev Diary coming your way. Focusing on the Apex expansion, a few key developers on the project will share exclusive information and reveal some of the behind-the-scenes processes. This should finally provide a clearer picture of what Apex is going to bring in terms of its setting and sandbox additions. Most of the interviews have already been recorded, and the editing is now starting. As you can see on the weekly dev photo, our Creative Director Jay Crowe was sharing his thoughts so passionately that he drew the attention of a rather unusual audience.

The new Feedback Tracker sent out its first signs of life this week, although it did so a little too intensely. Some of you received large numbers of e-mail notifications (from a @bistudio.com address) about seemingly random tickets. This was caused by the first attempt to import the old database into the new system. Our web team is trying another approach now, so FT is probably still offline while you're reading this. Our goal is to have the full collection of tickets available with minimal loss of data, including re-directs via the old URLs. We'll let you know when things are fully online and ready for your reports (not just for Arma 3, but other games as well). Meanwhile please keep using the Troubleshooting section on the forums.

The community ARMAnet podcast is still going strong and we can wholeheartedly recommend listening to its fifth episode. They interviewed several members of the Community Upgrade Project: Alwarren, Slatts and Varanon. In a very insightful and stimulating discussion, they went over the history of their mod, their methodology and the team's organization. The guests and hosts also debated the pros and cons of working on an evolving platform such as Arma 3's. Check out this episode and the older ones via PodBean or iTunes!

Ahead of their 3.0b release, the Unsung Vietnam Mod have uploaded a lovely atmospheric promo trailer by IN8II. We're keen to see what they'll achieve with the Visual Upgrade. It's looking very promising! 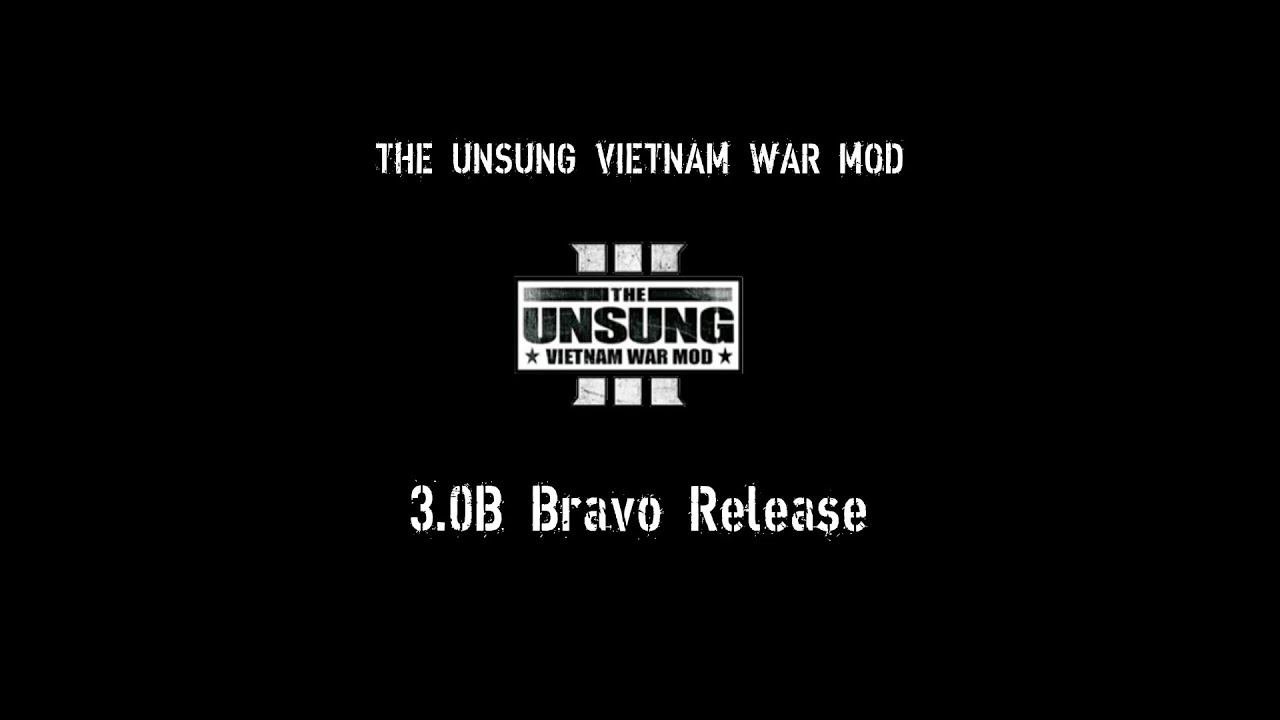 One of the Launcher team champions, Jiří Polášek, has reported on a significant upgrade that has been staged to Dev-Branch recently. Its 1.5 version brings great new improvements to the Server Browser, such as more robust handling of various types of required (server) mods and DLC detection. It even sports partial support for non-Workshop mods. A list of the specific changes is available here. There is one particular thing to highlight, since it will appease many of you. Until now, due to technical limitations in how Steam handles Workshop content, you'd often have duplicates of mods on your harddrives. The Launcher team has now found a way to utilize mods directly from the Workshop cache. That means the Launcher will also delete the copies it had created in the Arma 3 install folder (those are no longer needed). Jiří adds a warning for advanced users who tried to work around the issue themselves by deleting or otherwise manipulating the cache: "If you had developed the habit of deleting the Workshop cache files, please stop doing so. After this update, you would be effectively be removing the actual mod files. Only the first time Launcher 1.5 is started, it will attempt to restore the Workshop cache with files from the Arma 3 folder. Afterwards, this fix will not be possible without a re-download (verifying integrity of game cache)."

In preparation of new addon identification features (mainly for Eden Editor - we'll have more details for you soon), we are revamping all CfgPatches classes; the part of the game's config which is responsible for the load order of configuration files. We are unifying the way these classes are named, which results in some new classes and some obsolete ones. The obsolete classes will still be available in-game for backwards compatibility, meaning that there shouldn't be any issues in the long term. However, once these changes appear on Dev-Branch, scenarios created in that version of the game might not be compatible with the main version of the game until the next main branch update (1.60).

Having previously reported on phases 1 and 2 of the Difficulty Overhaul, we can now say that the 3rd and final phase is live on Dev-Branch. A simple but useful addition is a set of text descriptions and image previews of the various options. This should finally do away with the sometimes vague labels of the past, and make it clear what you're changing.

Cooperating with the Designer departments, Junior Programmer Rastislav Tisovčík has also implemented a new forcedDifficulty server.cfg parameter. It allows server administrators to force a particular difficulty preset for all scenarios played on a server. To better communicate this to players, a few User Interface tweaks were made as well. You'll find the details in the relevant forums thread.

Tools Commissar Julien Vida shares with us details on an update to Work Drive - a tool in our suite that handles the working drive (P) and its content. Its new iteration lets modders extract PBO data in a simple and optimized way. Head on over to our forums for a full analysis by Julien himself. We'd like to remind everyone that you should always pay careful attention to any license covering the data you're extracting. Respect each other's hard work and let us all enjoy a productive, collaborative and rewarding User Generated Content scene!