We felt now might be a good time to deliver a small status report on plans beyond Nexus Update (1.54 is undergoing public RC testing). For Eden Update we are obviously chiefly focused on Eden Editor, although several other platform features are in the pipes. The Audio team hopes to stage a first set of improved weapon firing configurations, which use the new functionality to deliver much nicer distance-based sounds for example. Work on the Visual Update package has continued as well. Staging its tweaked lighting, water reflections, improved underwater fog and fixed up parallax maps to Dev-Branch is set for a while after 1.54. The primary Apex release is greedily devouring all of our Art capacity. The artists in various offices are building Tanoa's unique structures, decorative objects, vegetation, rocks, clutter, surfaces and more. Some of them are modeling the new Light Strike Vehicles, VTOLs and other assets. It will be a while before any of this sees the light of day, but it's all shaping up very nicely.

Bohemia Dev Squad's MVP, Endstar, is seen training for an upcoming End Game Tournament match at his Research & Development desk in the latest weekly dev photo. There are many other things going on in this picture, but we'll just point out that the sidearm is a decommissioned weapon (movie prop) that we use as reference material.

Plenty of fantastic looking community artworks and screenshots have reached us over the years. We often share these via @Arma3Official and you might also follow Senior Designer Bořivoj Hlava, who has a finely-tuned radar for talent. If you enjoy seeing these productions, visit the Arma 3 Photography thread on our forums, where you will also find special projects like unofficial comics. Another source of media is the Steam Community Hub. Keep sharing everyone!

We had already hinted at description.ext integration into Eden Editor, and now this functionality has arrived on Dev-Branch. As with more components of the new editor, this too can be extended by modders. You can set it up for custom sections and open up other scenario configuration parameters for your mod(e)s. Script command getMissionConfigValue is needed to access this new type of data. It can also be used for old-fashioned parameters, so this command will slowly deprecate missionConfigFile. As a fortunate byproduct of this work, Programmer Filip Sádovský has found a way to make errors in the EXT file no longer crash the engine, but instead just throw an error.

On Saturday we announced that the planned End Game Tournament sessions for that day would be postponed after the horrible events in Paris. We felt it would not be appropriate, especially given one of the competing teams for that round is French (OFCRA). We've discussed with the teams how to best continue, and it's likely all sessions will simply move back one week. Keep an eye on our usual channels for the latest information. In the mean time, Mic One has published his awesome overview video in which you can learn about the three stages of End Game matches. 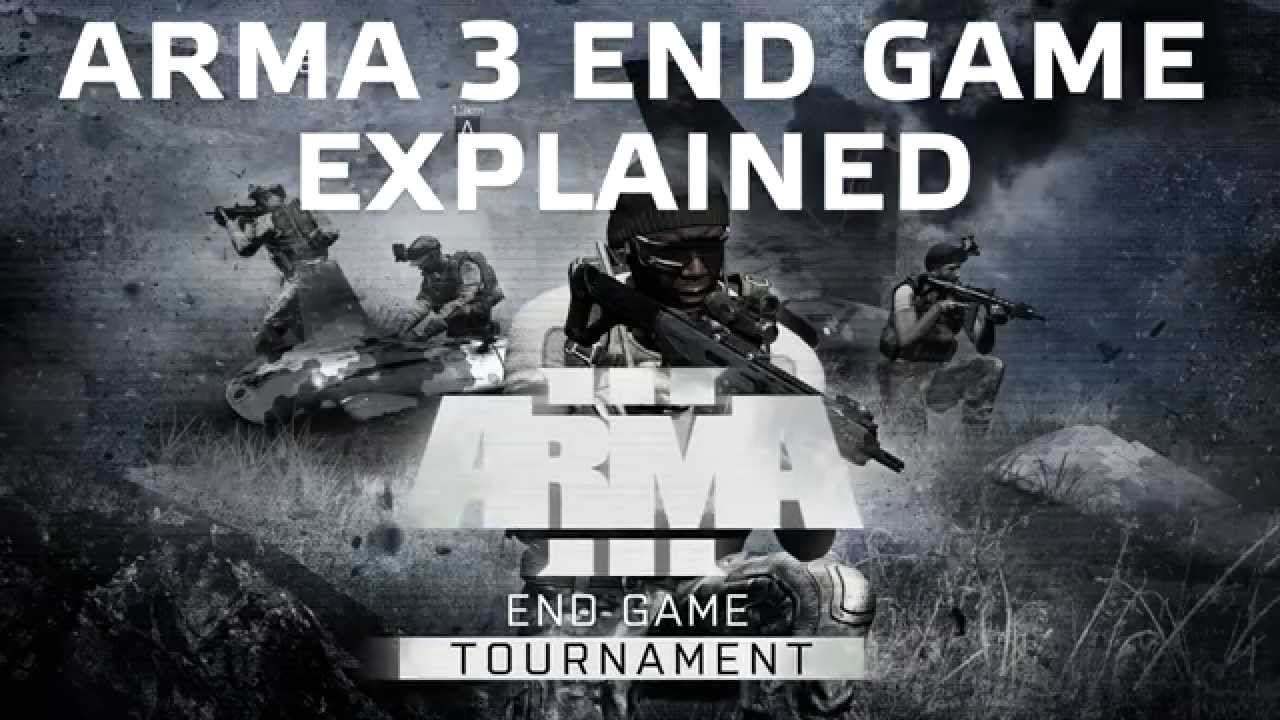 We have finally introduced limited support for stacked config-based event handlers into the engine. By using nested classes in CfgVehicles >> (MyVehicle) >> EventHandlers, you can define multiple handlers of the same type (e.g. init). Previously, mods could only overwrite existing handlers, and so they had to resort to more convoluted solutions.