For a couple of weeks, we've mostly reported on main branch updates like 1.50 (Release Candidate testing still on-going). However, a large part of the team is working on the production of assets for Tanoa and the rest of the expansion. These range from natural objects like trees, bushes, rocks and ground clutter to artificial structures like buildings, fences, signs and landmarks. Then we also have production of new vehicles and weapons in its early stages. Besides assets, there are new features and technologies in development. Some of them you'll see trickle into the game via updates, others are more connected to the expansion. The first details will soon be shared in the road map blog, after we nail down some of the planning.

That road map was also the main topic for our in-company Arma Development Conference 2015 last Wednesday. Once per year we bring our Arma developers together from their various offices across the Czech Republic. The objective is to present each other with progress and to discuss the plans for the next year. It's also great to meet everyone face to face and catch up. Another part of ADC is some sort of military or otherwise Arma-like experience. Last year we took the team to a shooting range. This year we had the opportunity to race around in the mud in military trucks, a BMP and a T-72 Main Battle Tank! 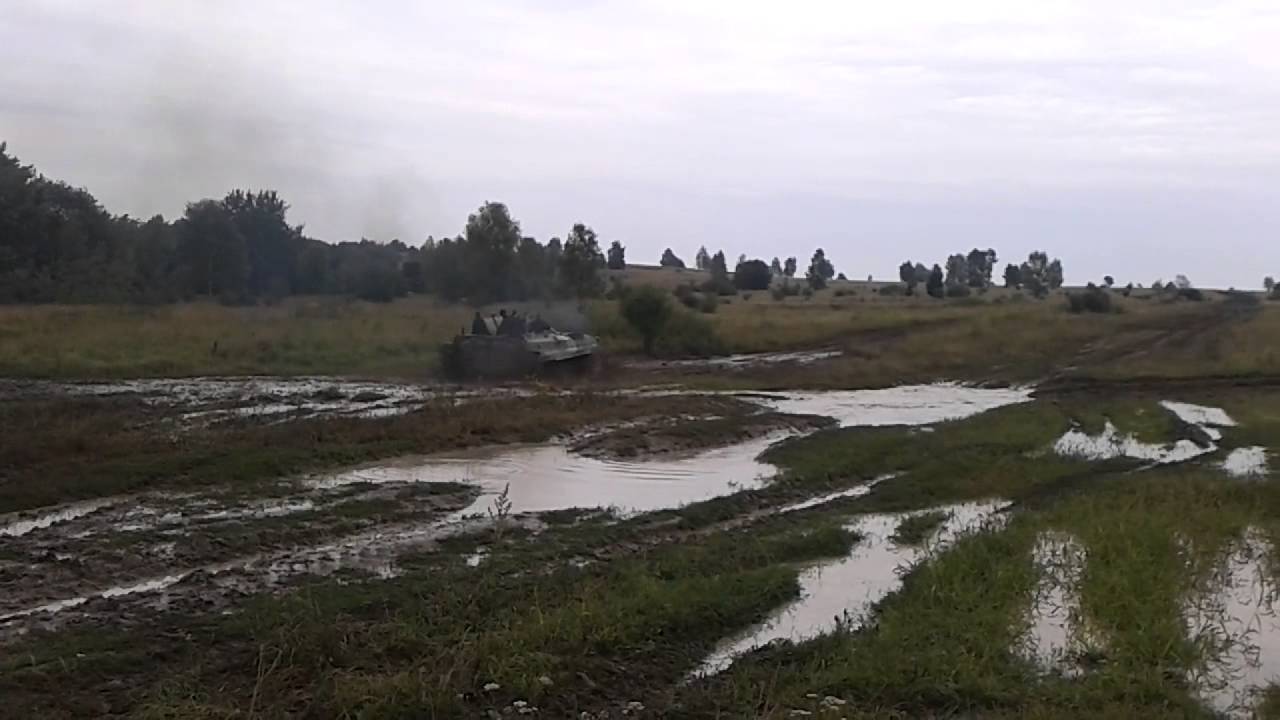 Several weeks in the making, the "Turbines and Dust" machinima by Mike Herrmann and Nefron shows off an impressive action-packed vehicle chase. Enjoy the insane-level helicopter flying skills that we are very envious of! 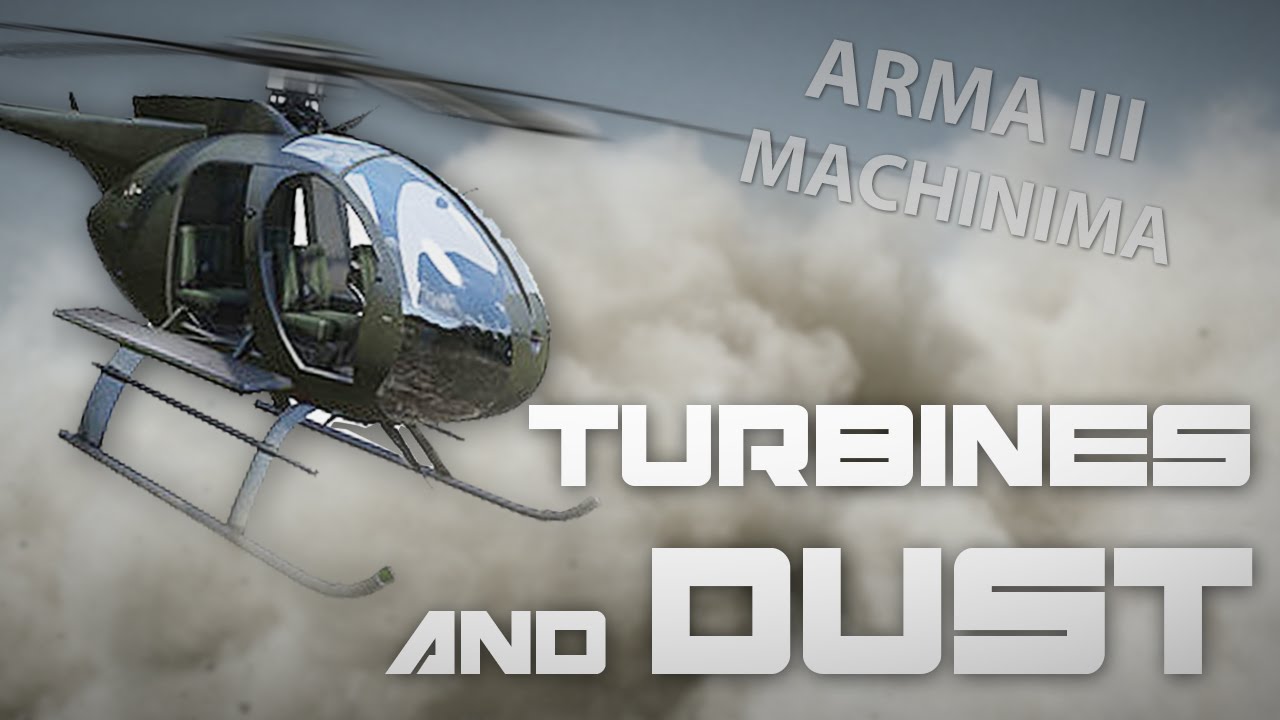 Virtual Arsenal mode lets you save the load-outs you create, and doing so will net you the "Lock and Load" achievement (10.8% global unlocks). The load-outs are saved to your profile, so they can be used elsewhere in the game and across sessions. You should only be aware that a load-out containing items from an inactive addon or mod, will not be available to load. Any scenario can set up equipment containers to open the Arsenal interface and let players pick their own load-outs. Official End Game multiplayer has such containers at the F.O.B., and other (custom) scenarios use them too. Another application is Zeus multiplayer. Game Masters can place equipment containers (Units > Empty > Other > Ammo), or use load-outs for the available respawn kit (Respawn > Loadouts). Take a look at the technical documentation if you're creating your own scenario and would like to use this functionality.

We can finally share news about the experimental client ports to Linux and Mac. They are being prepared for public beta release very soon (shortly after update 1.50). We consider them a complementary service to owners of the primary Windows version, so anyone owning that version, will also have access to the ports. It should be pointed out that there are some significant limitations, which we'll detail along with the start of the beta. There is also a possibility that these ports will never graduate from beta, but we will be evaluating their popularity and usability for some time. Keep an eye on our information channels to be notified about the beta starting!

The Bohemia Interactive store now offers a very special edition of Arma 3 for collectors and fans. It includes the most complete digital edition of the game itself, as well as some awesome physical collector items. We especially like the laser glass statue of an Arma 3 infantryman and the game's logo cut inside it. For a limited time, you can purchase this package with free shipping. Is it a little strange to release this edition so long after the game's release? Probably! Our company has been entirely focused on digital distribution, and we never planned to do such physical edition of the game. Previous Arma special editions were typically done in cooperation with publishers and distributors. This is a good opportunity to get a physical distribution pipeline up and running ourselves on a limited scale. We may start selling some of the merchandise separately in the future, but that's not confirmed yet.

Two weeks ago we outlined our plans for the separation of the Arma 3 samples from the tools. These changes have now gone live. In addition, Valve has changed the way in which free applications are handled on Steam. They are no longer automatically added into your library. We've manually added both apps to all ownership packages of Arma 3, but if you still don't see them, please visit their store pages (Arma 3 Tools / Arma 3 Samples) and install the 'games' there. To be clear: ownership of Arma 3 is still not required for either app, but you do need a Steam account. Tools Commissar Julien Vida has all the details in this forums post.

Remember that tank we drove during ADC? It's actually ours! Bohemia Interactive bought a decommissioned T-72 and she's called Edita. She is very much able to drive, but her gunnery systems have obviously been disabled. We actually need to drive her around every now and then, to keep her in good shape (it's a tough job, but ...). Now she stands parked at the Team Mike office compound, proudly displaying her BI squad.xml logo. Getting her to the offices made for a surreal early morning. Many of us were gathered at the gate at 07:00, waiting for the massive truck combination to arrive. The truck managed to get stuck on the narrow roads, so Edita drove the last leg of her journey. There is no specific goal for having her around, but we did already expand our audio recording libraries with the roar of her engine and tracks rolling over hard surfaces (and destroying them). Welcome to the family!