Terrains have always been the centerpiece of Arma games. Creating believable and authentic environments for an immersive experience has been one of our top priorities since the days of Cold War Crisis, and our Environment designers have been using a variety of tools to do so. However, one puzzle piece was missing in our Arma 3 Tools suite. In the past months, our programmers have been working hard to get it into shape for public release, and now the gap has finally been filled with the recently released: Terrain Processor.

The tool we are presenting to you has been around in Bohemia Interactive for some time, as well as the main ideas behind it. Our passion for authentic terrains in Arma games naturally led us to the usage of aerial photos and satellite imagery as a basis for creating past Arma environments. We took this idea further and thought of how to use the available geographic data (which you can see for example in a topographic map) to swiftly build huge terrains from several kilobytes of vectors. During the development of Sahrani, we achieved a prototype capable of filling objects into areas, and there's one terribly dense forest on Sahrani as a concealed monument of our initial experiments. You can also see the results of this tool on good old Chernarus, including its DayZ upgrade, plus the core jungles and mangroves of the upcoming Tanoa terrain were also produced using Terrain Processor.

In summary, our world editor, Terrain Builder, has been created with geo-data usage in mind, and the Terrain Processor is a supplement created to fill the gap between geographic data and our proprietary terrain editing pipelines.

NEW TOOL ON THE BLOCK

The new tool, called Terrain Processor (it 'just' processes geographic data) is part of the Arma 3 Tools suite available on Steam. It comes with a manual and a small example terrain project (Arma 3 Samples\Tools\Terrain_Processor), which will help potential users get acquainted with the purpose and application of the tool, the basic controls, and solutions. The tool uses geographic data in the well-known Shapefile format as reference for placing objects (in form of output texts which can be imported into Terrain Builder), and it can also read and produce Terrain-Builder-compatible ASC terrain meshes. We would like to stress that we're not releasing a new map editor or a cure to all map-designers' ailments, we're giving some of the map-makers a tool which, if used correctly, can speed up the process of populating the map and save them time on terrain polishing. We were capable of creating natural-looking clusters of bushes, tree lines, forests including undergrowth, place power lines, add noise to terrain or level terrain under the Arma 3's vector roads. We were able to place millions of objects in a matter of days (counting in the data preparations and several iteration passes) with very good results, and we believe that those who are diligent, patient and willing to learn, will find a way to create large and detailed Arma worlds a bit easier than before.

Really. In fact, it's nothing more than digital map graphics with some data appended to it.The fact that you might never have heard of it before doesn't mean the Internet isn't full of it! The tutorial we've published contains some info on the usage of freely available geographic data. There are also commercial sources and (behold!) you can produce some on your own. Terrain Builder's mysterious vector layer manager can provide an extremely patient map-maker with some basic ways of making Shapefile layers and export them, and there is a multitude of free open-source GIS (= Geographic Information System) software allowing their users to work with vector data, terrains, and rasters.

The expert map-makers have constantly raised the issue of Terrain Builder's lack of road-leveling functionality. It's not feasible to return the scripting language to the Terrain Builder, and Terrain Processor offers an opportunity to correct this long-standing omission. There is a module in the tool capable of loading terrain exported from Terrain Builder and the Shapefile representation of roads as it's used in Arma 3, which levels and smooths the terrain under and around roads. Of course, manual polish is still required, but we hope this can bring some hope to all of you dreaming of making a decent Arma terrain with more than 2 kilometers of road network quicker than a matter of months. 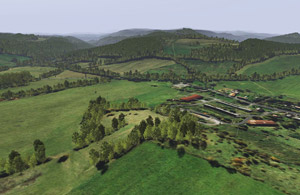 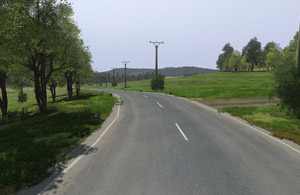 We expect everyone to suddenly try to add hundreds of kilometers of roads and millions of objects after reading this blog, and to fail many times in many unexpected ways. Of course, we wish you all good luck, but needless to say we are willing to do more than just that for those not deterred by the first failures! Setting aside the sample project and manual on the Community Wiki, we will try to be around on the forums and see how the tool is doing in the community environment. We will advise on the usage of Terrain Processor as well as gather feedback. There are a couple of known issues and we are pretty sure you guys will find some more, but that's alright. We don't promise to fix everything on command or at all, but we will try to be as transparent about the possibilities.

When we started redesigning the tool and thinking about its community release, we faced a tool in which almost everything was hard-coded. To ease our own work, we removed the limitation parts and kept making the tool open to additions, and the idea to allow the community to expand the tool on their own was born. We plan to publish the Terrain Processor SDK soon, so that community programmers could start adding new functionality. The SDK will most probably be released under a license which would ensure a totally open nature of our work and its derivatives, as we would like the community map-makers to have access to the best tools they can get. We're looking forward to seeing some unexpected expansions and applications of this little tool. Let us wish you efficient and comfortable work with the Terrain Processor, and let's look forward to some fresh big terrains to play with.