reported by Vertexmacht on October 3, 2019

We, the team behind Global Mobilization - Cold War Germany , would like to provide you with an update of what we’ve been working on since April. 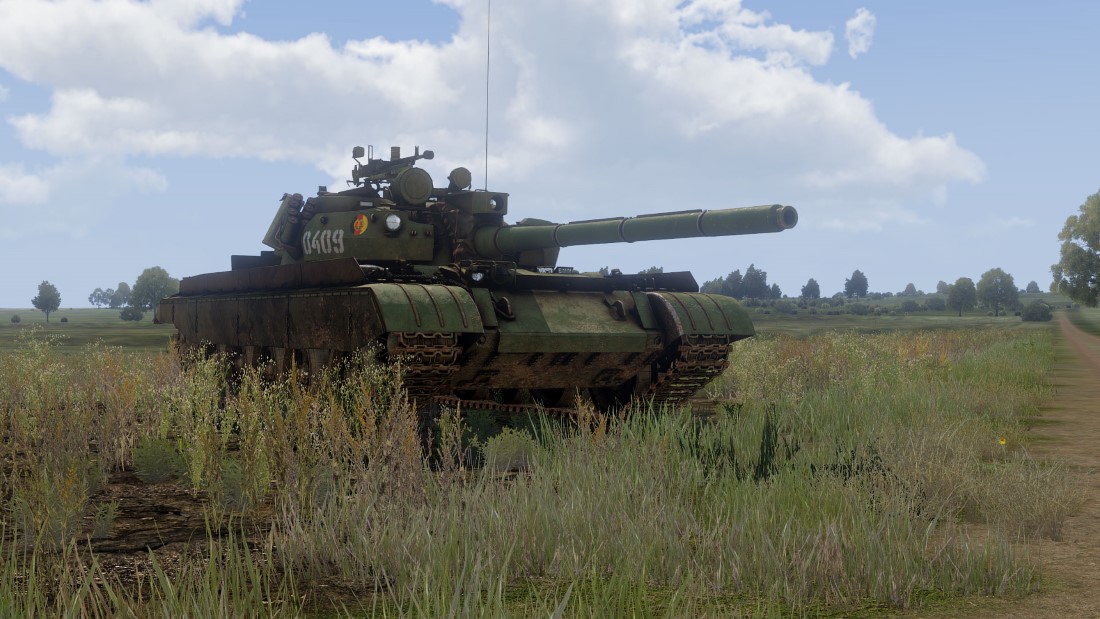 As you may know, we want to continue supporting Global Mobilization past the initial release with free content updates, and therefore would like to let you take a look at what we’ve got planned for the upcoming GM 1.1 Content Update, expected later this year.

East Germany was a bit pressed for variety in armored brigades. So to reinforce them, a range of new T-55 Main Battle Tanks will be made available:

T-55 - Czechoslovak-built T-55 variant based on the T55A vehicle present in the first GM release in April, which was not entirely accurate. This T-55 is the baseline version, it features good all around protection and firepower, armed with the 100mm D10 gun, a coaxial SGMT as well as a driver operated bow-SGMT.

T-55A - Czechoslovak T-55A variant, GM is featuring a late version of the T-55A fitted with a DShKM anti aircraft Machine Gun to the loaders position. The coaxial SGMT is replaced by a PK machine gun. The driver SGMT is removed.

T-55AK - A Command version of the T-55A, capable of mounting a HTM10 telescopic antenna mast.

T-55AM2B - An additional upgrade to the T-55AM2, adding the capability to fire the “Bastion” anti tank guided missile. Enabling the T-55 to effectively engage targets at distances of up to 4000 meters.

GM’s vehicles offer a lot of customization options, and this of course applies to the T-55. You’ll be able to choose from 16 toggleable extras and 6 different camo patterns to make sure no tank looks like another.

Additionally, we’re looking to include the amphibious tank PT-76B. It was scheduled for the initial release of Global Mobilization back in April, but it didn’t make the cutoff in time.

Another item that didn’t make the cutoff: we’ll be finally bringing you the SVD, a scoped sniper rifle used in motorized infantry platoons to bridge the gap between the AK’s and PK’s engagement ranges.

Next, we’re beefing up Denmark . So much, in fact, that they’ll start to become quite the heavy hitting specialists. The Danish infantry in GM was missing their vehicle of choice:

M113A1DK APC - The regular APC version of the M113A1 with Danish specific adjustments, visually the most obvious difference being the slightly different front and rear lights assembly. It is armed with the M2 cal .50 machinegun.

M113A1DK Engineering - A special variant of the M113A1DK designed for the support of an armored engineering group. It provides room for a group of soldiers and their engineering equipment. Visually identified by a ladder attached to the left side of the vehicle.

M113A1DK Command - A command version of the M113A1DK, visually identified by a power generator on top of the vehicle.

M113A1DK Medical - A medical version of the M113A1DK, capable of transporting up to 4 injured soldiers.

M113A2DK - To ramp up Denmark’s ante, the M113A2DK, known as the PMNK M/92, will be included as well. This is a dedicated FSV (Fire Support Vehicle) based on the M113 armed with a 25mm autocannon. This will provide the firepower needed to square up against the East’s BMP-1.

This is the content that we are confident about including in the planned 1.1 release this year.

We're also exploring a few other potential vehicle additions (including helicopters), but that's something that is yet to be officially confirmed. Rest assured, even after this upcoming update, we will still continue Global Mobilization's development. Stay tuned.

Join the GM Developers’ community for direct feedback and support on Discord.