With its release around the corner, we are excited to present the second major update in 2021 for Global Mobilization - Cold War Germany (GM)! Along with fixes and quality-of-life improvements, we of course are adding more content to GM as part of this 1.4 update!

The M109G for West Germany and the M109 for Denmark are iconic artillery pieces that will expand their army's long-range warfare capabilities on the battlefield.

The M109 is available in two variants:

Both versions are capable of firing 155mm HE, Smoke, Illumination, and ICM shells.

On the other side of the battlefield waits a true classic: 2S1 Self-Propelled Artillery.

This vehicle of Soviet origin is an amphibious wonder: Fast, mobile, versatile, and able to cross small bodies of water it serves as the first level of long-range, indirect fire in East German and Polish regiments firing 122mm shells. HE, HEAT, Smoke, Illumination, and ICM are also available to users of this weapon system. 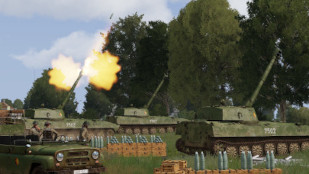 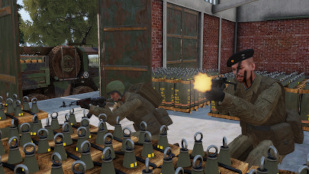 West Germany fields the 110mm SF2 LARS 2, which is capable of firing 36 rounds of 110mm rockets up to a range of 14,000 meters. Besides HE and Smoke munitions, it is also able to rain true destruction with ICM warheads. Also, true to the real system, it has the ability to deploy Anti-Tank mines via rocket.

East Germany (and Poland) moves in with the BM-21 Grad. Able to fire 40 122mm rockets in rapid succession with HE, Smoke, and ICM warheads it poses a very powerful threat and counter to the West’s artillery systems. 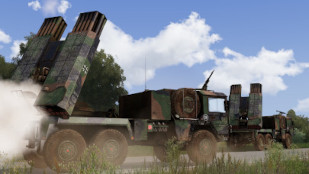 This short-range ballistic missile (SRBM) with a range of around 40km is capable of launching a HE-FRAG warhead at just about anywhere on the Weferlingen Terrain. It can also be equipped with a Nuclear warhead. But beware - the missile is not very accurate as, even in the 1980s, it's already an old piece of technology and will take a long time to reload. So make sure to use it wisely and with great caution, as it is the most powerful asset in all of Global Mobilization so far. 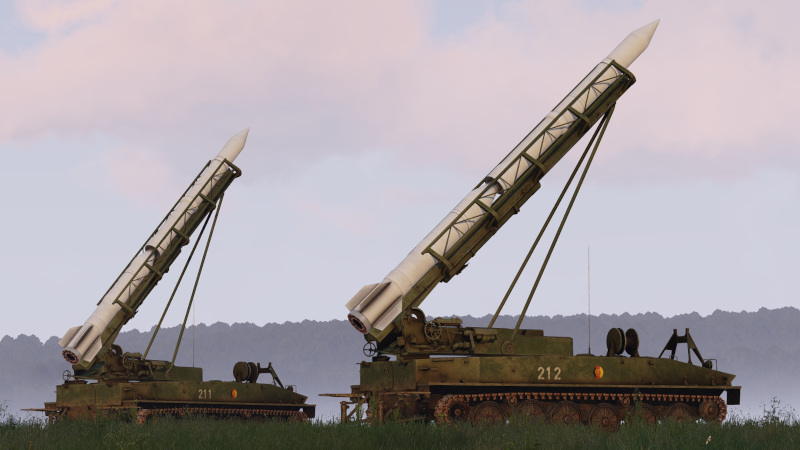 The BrPz 1, also known as the “Biber,” was scheduled to be a core asset of GM for a long time, but it hasn’t been available in release until today. The reason for the long delays was the sheer complexity of such a system and the near-endless possibility for such a device to cause unwanted behavior and issues, especially in a Multiplayer environment. However, we have finally refined it and reworked so much that we are now confident to release it. This is a great relief to us, since the Weferlingen terrain was made specifically for bridge layers in operations (Weferlingen’s rivers have the fitting width and of course all our road bridges can be destroyed, too) and now they can be deployed to increase the mobility of mechanized assaults and supply routes. Both West Germany and Denmark use the BrPz 1. 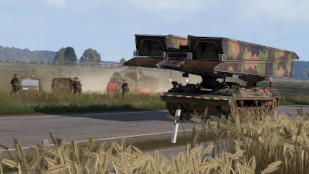 Also part of this update is a new multiplayer co-op scenario called “Ninjas.” In this mission, 2-4 players are tasked with preventing waves of enemy forces advancing further into West Germany. The tool of choice is the PAH-1 to ask of you some daring aerobatics with Anti-Tank missiles across the entire western half of Weferlingen!

The West German 7t truck that serves as the base for the LARS 2 is of course also available as a flatbed transport, and the 10t truck received an additional variant as an ammo truck with tons of 155mm shells loaded.

The Global Mobilization team expresses their extreme gratitude to the community that has been with us for over two years now, and we are glad for the enduring support and appreciation that has generated a plethora of amazing mods based on GM adding new scenarios, game modes, as well as entire new factions for other NATO and Warsaw Treaty nations, and even factions dedicated to Arma 3’s lore. We recommend you check them out!

As usual, you can reach us on our Discord Server to get into direct contact with us developers should you have feedback, wish to report and resolve issues, or you have a great idea for the project that you want to share!

In July, we asked the community to send us their questions for an AMA (“Ask Me Anything”) about Global Mobilization. We received nearly 100 questions and have been able to answer about 30 of them and offer an exclusive look into our prototype archives, scrapped projects, and other behind-the-scenes material. Check it out here!