We will not be listing in detail all the fixes, improvements, and minor additions to CSLA Iron Curtain here. It would probably take the same amount of time as we worked on them, even in addition to updating the unique OPERATIONS Pack available on the Steam Workshop, which recently received a significant extension, including the new Polanek map as a free bonus for all our supporters and subscribers.

So let’s focus on some highlights of update 1.1.

Probably the biggest addition is the completely new models of attack helicopters for both main factions.

These two types of helicopters met on both sides of the Iron Curtain in the 1980s, as evidenced by many historic photographs and interesting stories of how the light AH-1s were able to outmaneuver the heavily armed Mi-24V on their borders as they tried to copy their maneuvers. These provocation operations were so-called “Redcatcher” missions. 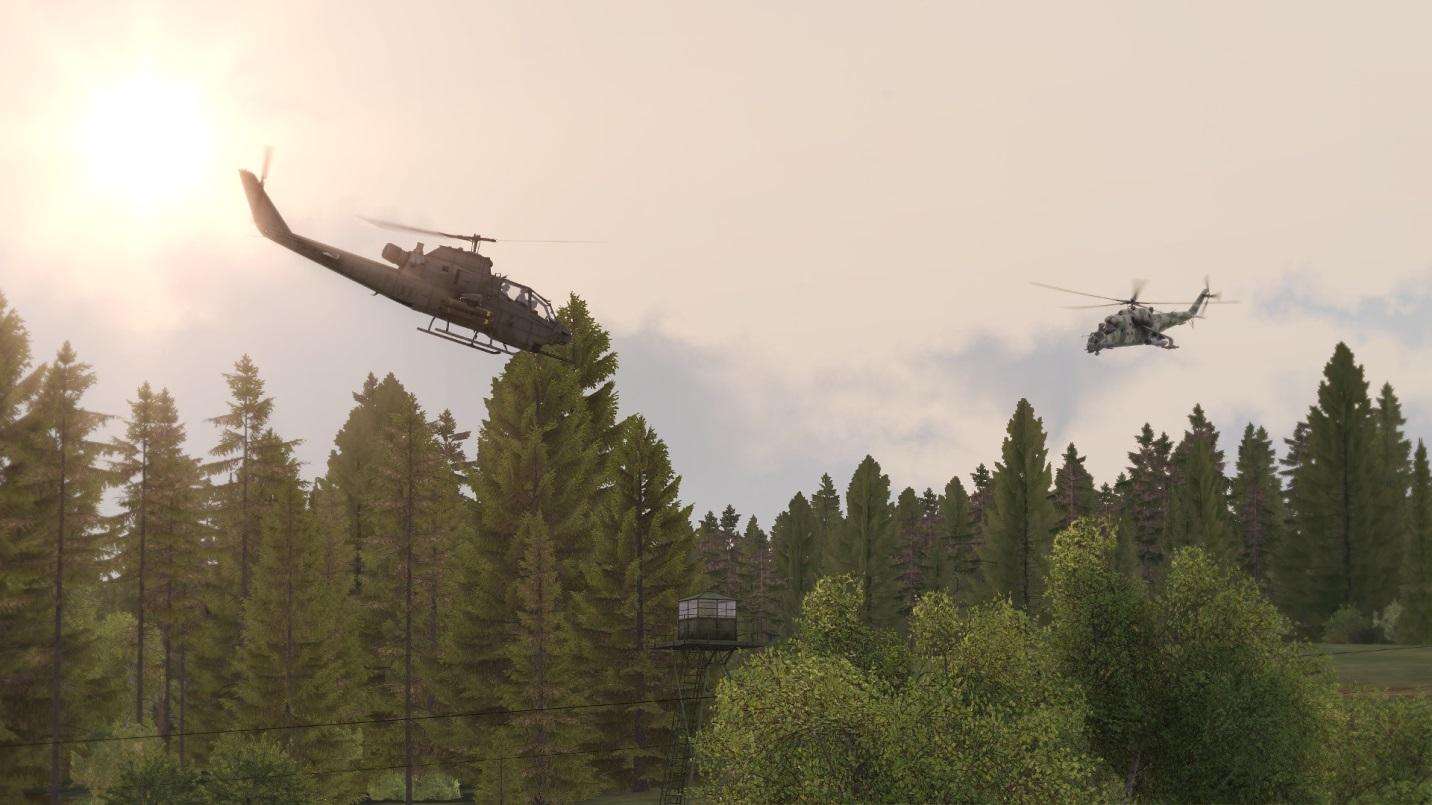 With both types of helicopters, you can of course try to fulfill different tasks in two separate single-player missions that are part of this update; Destroy enemy artillery, or chase a convoy of enemy APCs. If that's not enough for you, be sure to visit the showcase mission EXPO 86 and check out the helicopters anywhere in Gabreta.

In addition to these two iconic helicopters, you will also find other vehicles, weapons, characters, and the whole new fictitious AFMC faction in the update.

Among the new vehicles, we would like to highlight the MU-90 armored vehicle, which was developed on the BVP1 chassis.

This special vehicle is a self-propelled armored anti-tank minelayer. Using it, you can effectively and relatively quickly create an important obstacle for enemy tanks and APCs. 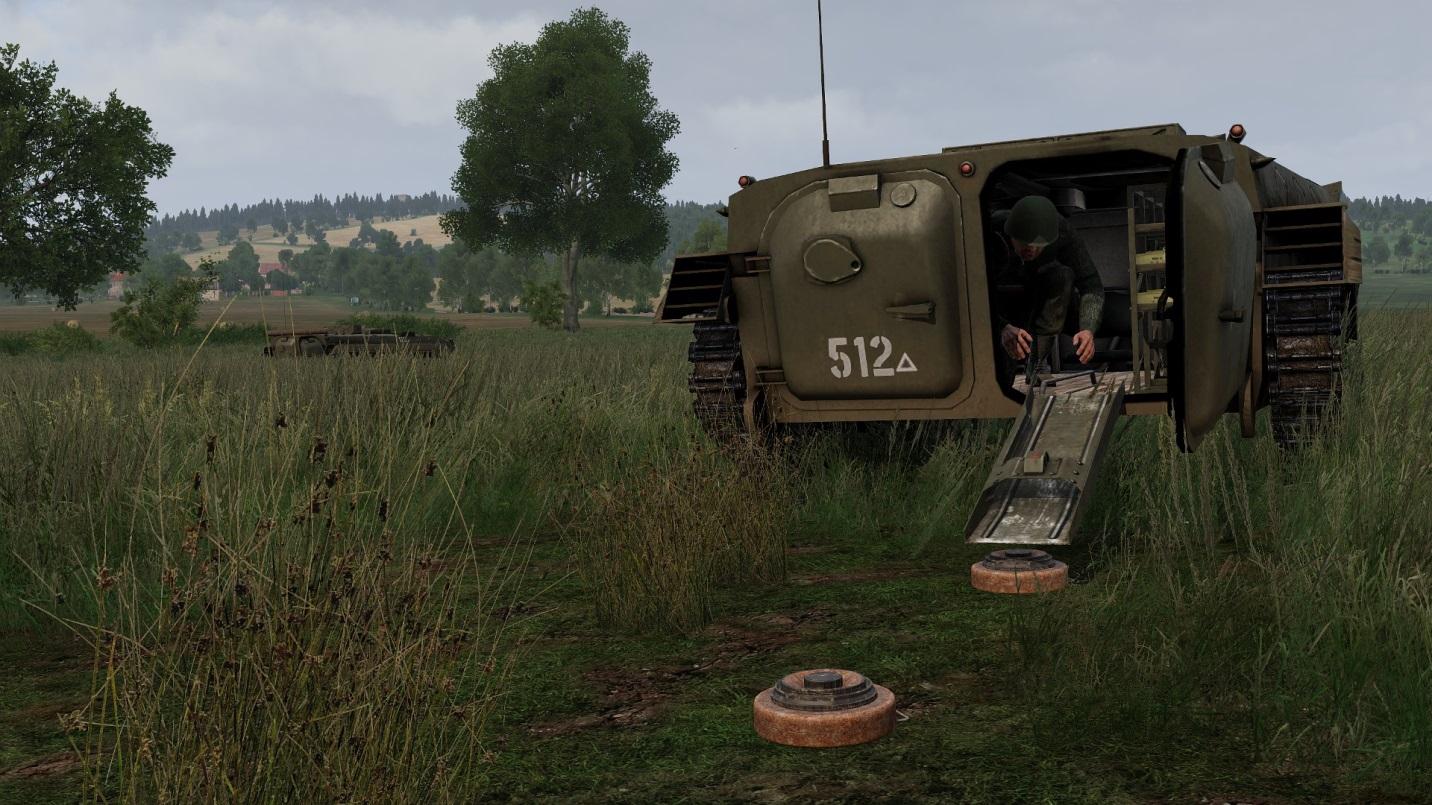 Another interesting vehicle is the RM-51 rocket launcher built on the chassis of the legendary V3S truck. 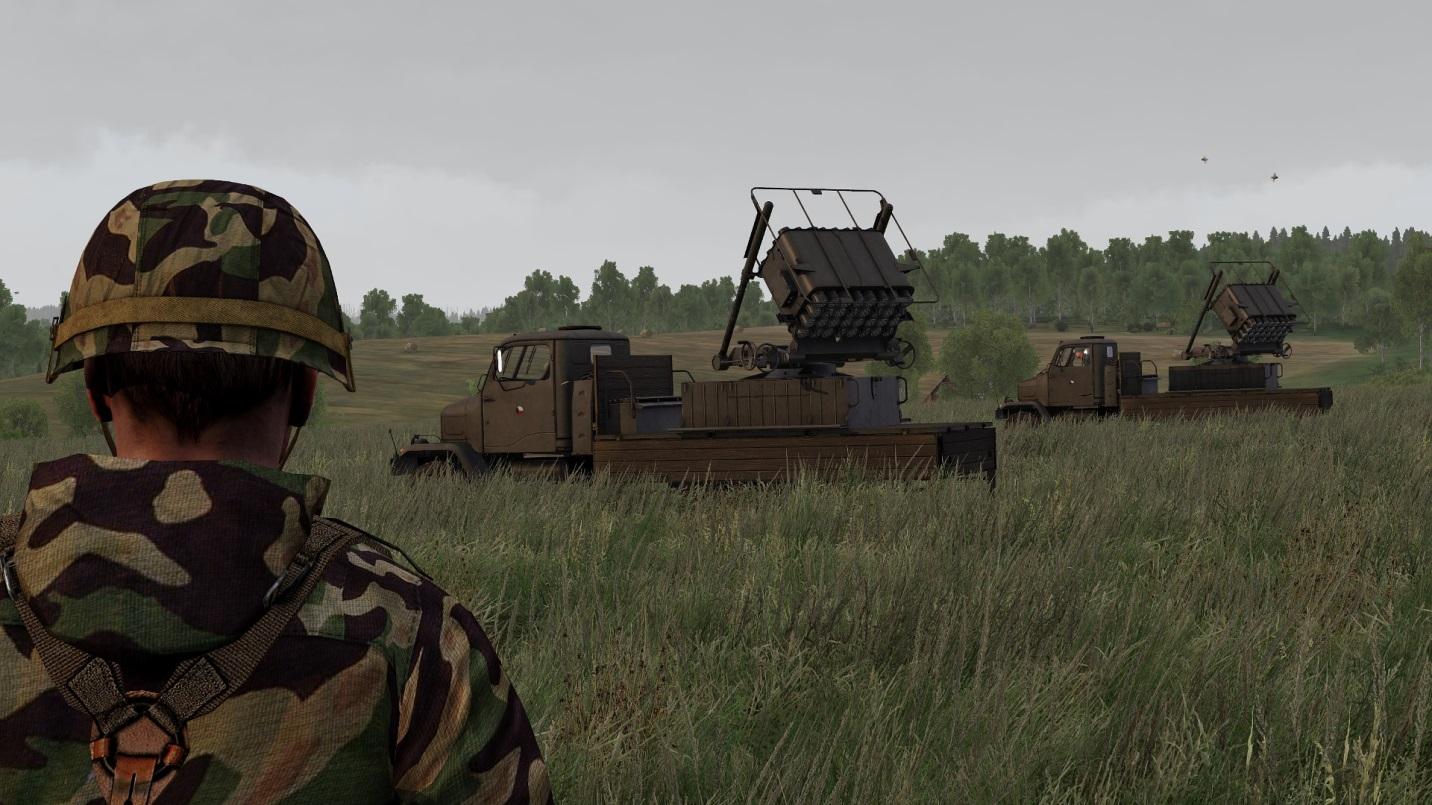 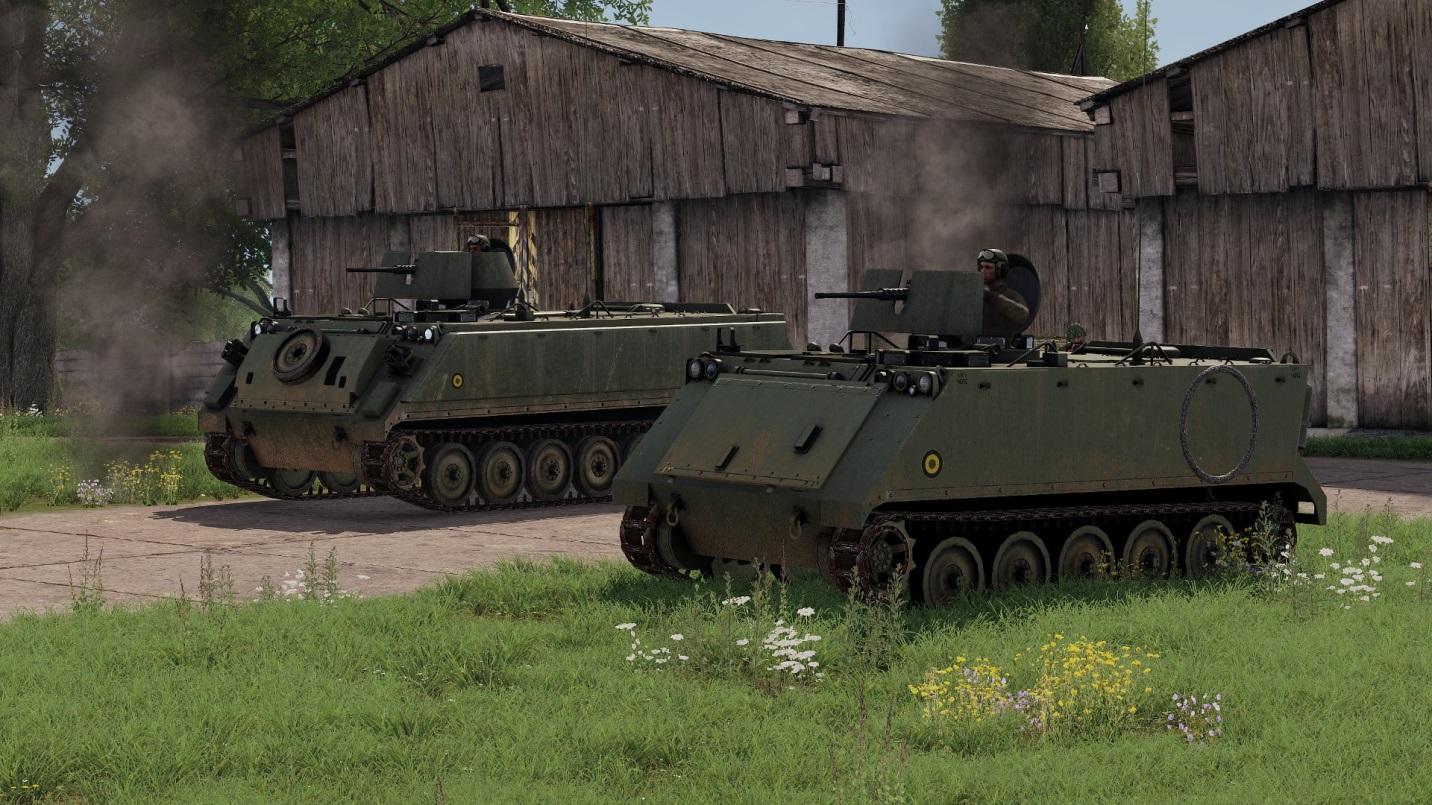 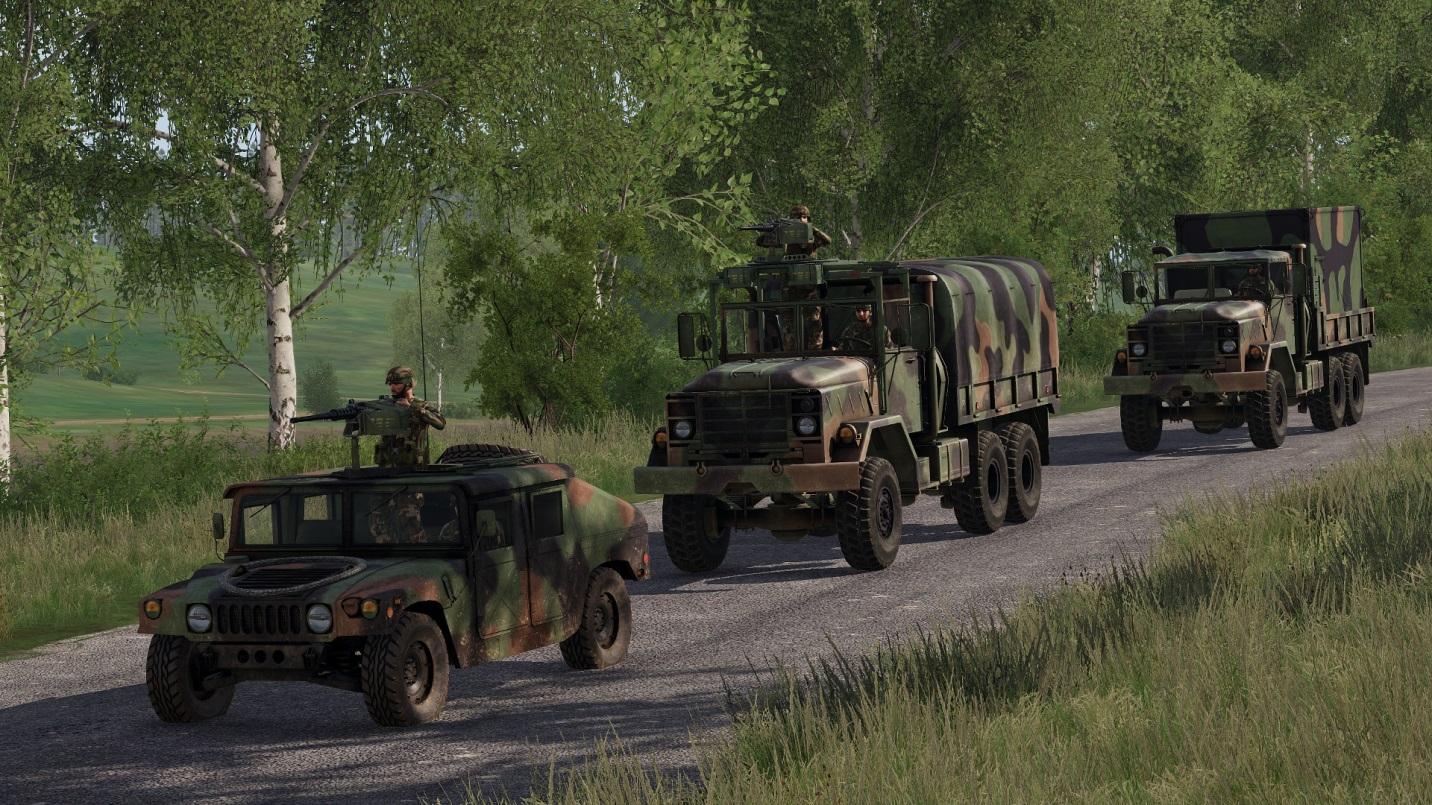 For the sake of completeness, we will also mention the addition of different versions of tractors, either for the civilian side or for the OPFOR. Yes, indeed, these tractors were used as equipment haulers, for example, at military airports.

We would like to mention the OT-64 VB version with folding fences. This special version was used to suppress demonstrations or football hooligans. 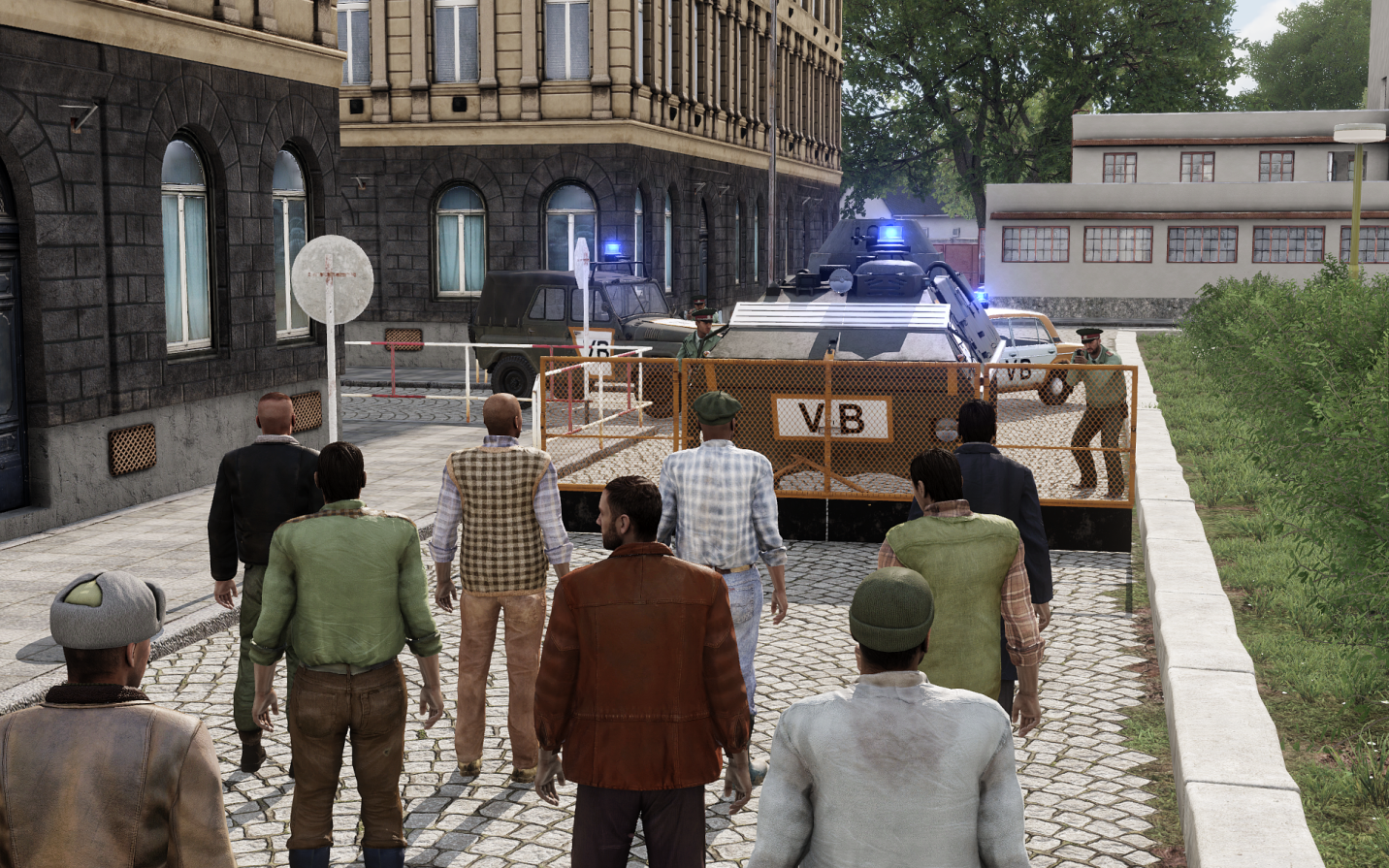 Civilian vehicles can be now equipped with roof racks and baggage. If you are looking for some race stages over the Gabreta, do not hesitate to “paint” your car with racing stripes and numbers in the Eden Editor’s garage. 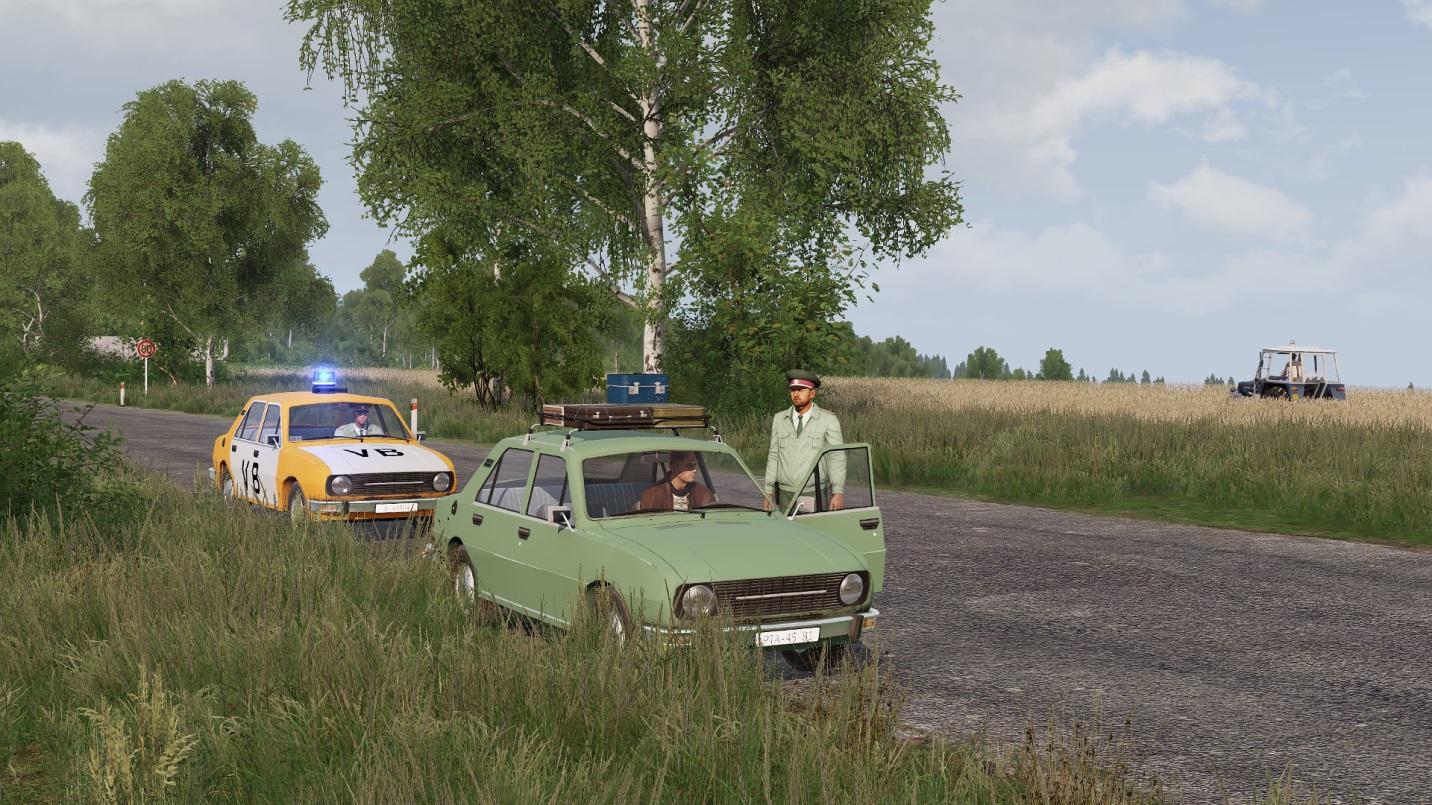 In the 1.1 update, you will find new M16A1 and M14 rifles for the BLUFOR faction, and the iconic Sa24 and Sa26 submachine guns on the OPFOR side.

Also, new Pi-75 SR and Pi-75 LR pistols were added to extend the armory for CSLA and FIA units.

While mentioning the partisans from FIA, a new Commando group has been added to the editor to the faction. These guys are wearing iconic CSLA Salamander camo, so use them to plan an ambush on an incoming CSLA convoy full of supplies.

BLUFOR US units are also equipped with new variants of khaki uniforms, which are available through wear settings in the arsenal.

Eden editor is now full of items that were previously hidden. This means that all objects and props are now available in the editor with their overview and description. You can now build your own village anywhere on Gabreta, or a different map.

Regarding new features, we added a population script that can be helpful for mission makers to populate all enterable houses in Gabreta. Using it, players can be easily surprised by any AI on the floors or roofs of houses at any time.

New smoke and sparking effects were added to all vehicles when their engines are damaged.

Finally, regarding fixes, sound sets on vehicles, weapons, launchers, firearms, and surfaces due to echo during gunfire were completely reworked and improved.

We also modified some damage resistance on all vehicles due to feedback from the community.

Some PIP periscopes on BVPs, M113, and LAV25 were fixed and improved. Bodies and textures of CSLA and FIA soldiers were touched too.

The amount of fixes and improvements contains more than 300 lines, and some of them are grouped.

Finally, to mention something special, we added the flag and coats of arms of Ukraine to the CDLC, and the previously released standalone desert pack is now fully included in the CDLC (this pack will be removed from Steam soon).

Last but not least, as was mentioned earlier, as a large bonus the complete AFMC faction was added. The AFMC faction was originally introduced in our Mod in Arma 2 as “Armed Forces of the Midland Coalition.” Now, due to some requests from the community, they are “back in business.”

This fictitious faction was added to the BLUFOR side and equipped with BLUFOR vehicles and characters dressed in specific camo patterns.

The list of available vehicles and weapons for the AFMC is large. You will find for example VADS, LAV-25, M113, MLRS, M923 5t trucks, AH-1 and UH-60 helicopters, and M1 tanks in dedicated (as we call it) “green dragon camo.” For infantry, you can then choose between specialized Airborne troops, standard Infantry, or Special Forces.

We would like to say a big THANK YOU to all our supporters and subscribers. We hope now that all of them are rewarded after waiting for this update. We will make sure that we are continuously working on other improvements and content.

Enjoy the new content, explore the abandoned corners of Gabreta and Polanek, and in case of any feedback, questions or just posting a nice screenshot, please let us know on: