Welcome to the latest Arma 3 OPREP. Recently, we've been working on some changes that will alter the in-game experience, and we'd like to make sure everyone understands our motivation for making these changes.

We wish to tell you what we've changed in regard to hitpoints, hit reactions and stamina, and how you and your friends can use these improved game systems to gain an edge in combat situations.

Before focusing upon changes to combat mechanics and stamina, I'd like to quickly introduce myself. So, hello everyone, I am Miloslav Cinko. I've been working at Bohemia Interactive for a few years now and, recently, I became Arma 3's Sandbox Design Lead. Previously, I worked as QA Lead for quite some time.

Among other decisions, I was tasked to choose a Feedback Tracker platform. Therefore, it pleases me that (with great thanks to Web Developer Jervant Malakjan for making it possible) it works as intended, serving as a bridge between the community and the developers. Not unlike now, when we wish to present some changes to already existing systems based on some feedback from you.

Why would we do this? Well, the Arma franchise is unique in the way that it supports the community for such a long time after release. Between Marksmen DLC and the Apex expansion itself, we have the opportunity to address issues pointed out by scenario makers, modders, players and our own developers - creating a better experience for everyone.

We've always had some form of soldier protection in Arma, be it class based, difficulty based or item based, as we do now. Feedback provided by the community showed us the need to rebalance it. Why? In-game behavior was not what players expected.

Sandbox Designer, Radko Voda, went through your opinions and ideas, and devised a hitpoint-based solution, which enhances the lethality of shots to unprotected parts of the body. The general objective is to strike a balance between passive soldier protection and active marksmanship skills. That extra second you invest in the deployment of your weapon or aiming precisely might mean the difference between life and death. For your target, obviously. 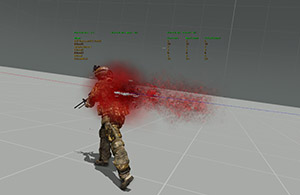 Related to this, so-called 'hit reactions' by both players and AI were a bit exaggerated and, as you might have noticed, not the nicest in the world. Thanks to community veteran Andrew Gluck's proposal and Radko's work, we were able to take away a little of the ridiculous flinching and add a little blood and clarity. This will not only reduce unwanted animations for AI / players when fired upon, but also introduce a new visual feedback mechanism for players to tell whether their shooting was successful or not.

There were always multiple approaches we could take to represent the negative impact of prolonged loaded movement upon a soldier's effectiveness. Many opinions were shared during development and even the team was divided. Obviously, we were unsure how players would receive these new gameplay-altering mechanics but, thanks to Feedback Tracker, we found out. Feedback from scenario designers, modders and admins confirmed our suspicions that the system was not transparent enough for some (and not a small portion). A dedicated group of designers from various departments, such as Research & Development's Shobhan Roy and Playable Content's Thomas Ryan, took on the challenge of revisiting this aspect of the game. We've now prepared a new implementation: stamina. This system manages the exhaustion of players during missions. It replaces the current fatigue system, granting the player a little more freedom.

Stamina is represented by an optional UI element, giving players feedback about how much of it is left and what is happening to their avatar in game. Players will be able to choose for themselves whether they will prioritize mobility over protection and supplies. The more a player equips, the less total sprinting time they will have, the easier it is for them to get bigger weapon sway and the harder it is for them to shoot accurately. If players equip too much, their ability to sprint is lost entirely. Recuperation time is constant for any loadout; effectively, this means that players with a heavy loadout or light scouting gear will both recuperate at the same rate, but the scout can sprint for a longer time and will be combat-ready sooner. All sub-systems are interconnected, preserving the complex decision of equipping your character in a balanced manner. The ability to move and act quickly in combat situations is one of the most crucial elements of any skirmish. You'll now be able to choose your own equilibrium between the ability to sprint for prolonged periods and a loadout that makes the most sense for your soldier. 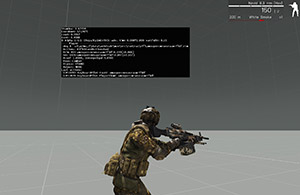 Overall, the system should be less limiting yet, at the same time, it should still impact gameplay greatly and provide players with more information about their status than the previous system. We also want hardcore communities to have a chance to continue playing in a manner they enjoyed. Our programmers again stepped in and created engine hooks and a series of commands allowing players to approximate the old system instead. We hope this will suit the community and everyone will be able to enjoy our game.

If you summarize these changes, you'll see that we are taking steps to redefine combat a little bit. We're focused upon delivering solid, interconnected, infantry-centered mechanics. With the Nexus Update, players should have a more rewarding and transparent playing experience. These changes alone will give you the opportunity to spot if you a hit target better, to execute more surgical shots, and then get away in a way you weren't able to in the past, making Arma 3 a more enjoyable experience.

For the last two years you've seen Arma 3 grow. We decided to use our iterative model of releases to bring changes to you one at a time, not changing the game experience too drastically so we can identify issues right away. One feature after another, we're trying to build upon the game you originally purchased, to enhance your feeling and possibilities, and to bring more authentic yet enjoyable gameplay. 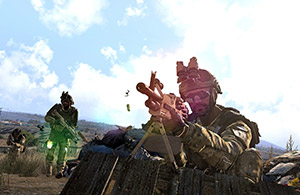 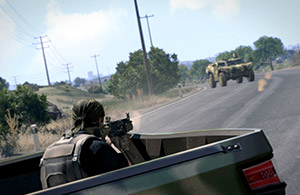 Arma 3 was different when we released it originally. Fewer animations, fewer possibilities to interact with the environment, fewer options to create content. But it grew. With every update, we introduce more variety to what Arma 3 is. We try to make the experience deeper with each update in a kind of audio-visual jigsaw. Yet, we are not done. More updates are on the way and, with new stamina and better hitpoint management, we insert another piece in the Arma 3 experience.

Take care of yourselves.