While keyboard and mouse may be the preferred choice for most infantry missions, flying and driving often benefits from specific peripherals. That’s because, unlike keyboards, steering wheels offer 'analogue control': not just the simple left-straight-right, but a much more precise degree of control. 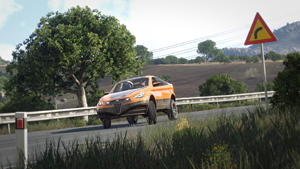 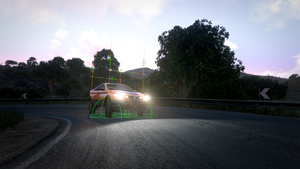 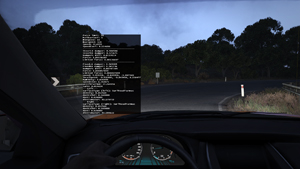 Recently, we've made some small additions that should offer more control over our vehicles. We wanted to improve the experience of driving in Arma 3 – bringing it up to date with what our players have come to expect - and we're still st(d)riving for more!

Up until this point, our implementation didn't take full advantage of analogue control. However, taking inspiration from similar work done by Bohemia Interactive Simulations in VBS, we've now introduced an alternate handling mechanic. Our own programmer, Filip Sádovský, recently implemented an improved way of turning vehicles in our engine.

Keyboard controls themselves stay the same as they were before: pressing turn keys gradually turns the steering wheel, which prevents over-steering the vehicle. The difference is found in using an analogue controller, like a steering wheel. Turning is transmitted to the vehicle in 1:1 ratio, meaning that the rate at which your vehicle switches from a straight line to a full turn depends only on how quickly you turn the wheel. You'll need to configure this in the Controls sub-menu.

Another inherent advantage of analogue control is that you can turn the wheel a little over a long distance, whereas achieving the same effect using a keyboard requires hitting the turn keys repeatedly. A combination of both is most often the best solution: you can drive with your keyboard not being any hindered and still ready for fight, but you may opt for wheel/stick anytime you see fit.

However, there's still more to be done. For example, turning sharply at high speed can sometimes result in unintentional physics effects with the car rolling all over the place. To address this issue each vehicle will require some tweaking, which risks creating some new issues in other areas we may not even think about (i.e., breaking convoy behaviour in some missions).

Comprehensively addressing this issue is a little beyond the scope of this initial improvement. We consider it as having reached a milestone, even according to strict testing and supervision of Senior QA Ninja Ondrej Kužel, and consider the benefits to outweigh the potential problems. For now, we're satisfied to make a small but useful change for a relatively low cost; that being said, we always aim to do better!

There is a lot of potential under the hood - one day we could even see serious races even in Arma 3 - but, as always, it’s a question of balancing our priorities and trying to make the most useful and interesting gains for gameplay and authenticity. We are, as always, eager to hear your feedback on the matter and are grateful for it. Together we may try to make Arma 3 a better game for everyone!