reported by Vojtěch Kovařič on October 17, 2017

As we approach the next release on our current roadmap, we're getting ready to share a few more details on the Arma 3 Tac-Ops DLC Mission Pack. Meanwhile, our Designers are working hard on finishing all of the 'operations', while the recording of Tac-Ops' supporting voice-acting is currently in progress at our Mnisek studio. At the same time, we're also looking further into the future, with Dev-Branch users already being able to try out some of the platform improvements related to the upcoming Tanks DLC.

Capture The Flag became an iconic Arma PvP game mode as soon as it was first introduced to the series. To continue with the great tradition, Electronic Sports Masters (ESM) has released an epic trailer by GAMmovies to promote their version of the CTF mode. Check out their web page for more intel and relevant download links - and keep track of ESM's social channels for a chance to participate in one of their tournaments! 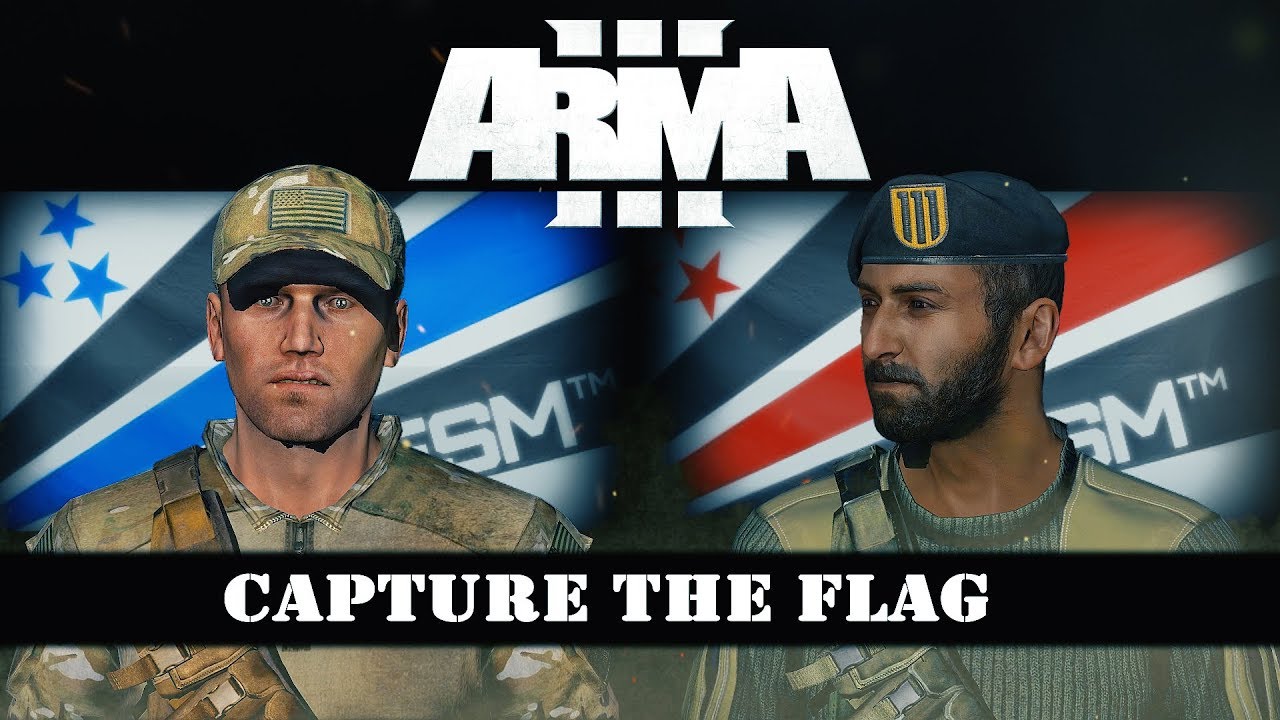 Two weeks ago, Arma 3 received a small hotfix for Update 1.76. Since this hotfix was primarily about improving the stability of the game, it meant that we only released updated game executables, which is why the size of the update (in terms of data) was rather lightweight. The full SPOTREP for the hotfix is available on the Arma 3 Dev Hub as per usual.

We also have some more information regarding a BattlEye mass-kicking, which happened to some communities over these past few months. It seems we finally found a potential solution to this problem with our senior programming staff working on it as we speak. However, it might still take us some time, because the changes require low-level and potentially risky netcode changes. For this reason the implementation and testing needs to be handled with extreme care. It means we don't have a specific date yet, but we hope to release the change in one of the upcoming Main Branch updates. Please bear with us!

Now that things have taken a more final form, we're ready to share a bit more higher-level information on the upcoming Arma 3 Tac-Ops DLC (or, as we'll refer to it from now on, Arma 3 Tac-Ops Mission Pack). In short, Tac-Ops DLC will feature three distinct singleplayer military operations, and will offer at least 8+ hours of playtime depending on your playstyle and difficulty settings. The operations are designed for the seasoned Arma (single)player and aim to deliver a "classic Arma experience". This translates into authentic combat situations in an open sandbox environment, where a thoughtful approach and patience are the key to success. We'll also be encouraging everyone to replay the operations. This is something we hope to achieve, and make rewarding, in a number of ways. For example, in some cases you'll have the opportunity to play the same mission from another unit's perspective. This, in turn, will grant you a better understanding of the operation as a whole. Another aspect is to present you with various (optional) objectives, and completing, failing, or ignoring these will influence the outcome of the wider operation. All in all, we plan to share much more specific intel on Arma 3 Tac-Ops (including its release date) in the beginning of November, which is also when the first operations should appear on Dev-Branch. However, we feel it's important to already make clear that the Tac-Ops Mission Pack does not include new assets or platform features. This is also reflected in the DLC's pricing, which is about half of a regular Arma 3 DLC (excluding the Apex expansion) at € 4.99 / $ 5.99 / £ 4.49. Ultimately, we believe that this, in combination with excellent singleplayer content, makes for a splendid package. We can't wait to launch Tac-Ops and hear about your successes (and failures) on the battlefield!

Speaking of splendid packages on our 2017 Roadmap, Dev-Branch was recently updated with a first batch of the platform improvements planned for the upcoming Tanks DLC. For example, you can now try out the Driving Overhaul for tracked vehicles on the Kuma Main Battle Tank. The goal of this Driving Overhaul was to make handling, power, gears, and overall control of your vehicle correspond better with real life situations. Many of these changes were made possible thanks to the recent update of our game's PhysX libraries. Designer Ondřej Kužel is now collecting feedback on the forums, and the next step is to bring all tracked vehicles to the level of Kuma for Arma 3's next Main Branch update! Another major improvement, which is also deployed to Dev-Branch, is the Vehicle Audio Overhaul. In this case, our Audio Ninjas used new technology to equip the Kuma tank with more as well as new audio samples, while the calculation/computing of the engine's RPM has been overhauled as well. All in all, we plan to keep on introducing more overhauled vehicles to Dev-Branch as soon as they're ready and tested. By the way, Dev-Branch users might have spotted one other, small but visually appealing, tweak: heavy vehicles now simulate recoil when firing their main guns!

Last week we posted a new job advert for "Community Manager" for Arma 3 on the Bohemia careers website. If this sounds like a dream job to you, we very much welcome you to apply! Or, if you know of someone who might be a great candidate, then please make sure to share this information with her or him. As Community Manager, you'll become a member of the Arma 3 devteam, and you'll be involved in a potentially wide variety of activities, such as creating (social media) content, organizing (online) events and producing live streams, assisting with our development blogs, and much more (see the job ad for a more detailed description). Ultimately, your mission will be to develop our relationships with the wonderful people in our community, and to simply make everyone want to be a part of it. If you're thinking about applying, be sure to include a CV with relevant experience and skills, but most importantly, prepare a strong cover letter that tells us why you want to be Arma 3's Community Manager, and clearly demonstrates your ability to present yourself (bonus points if you know the appropriate usage of 'splendid'). We hope to welcome you to the team soon!