Now that the dust is starting to settle from the usual post-release frenzy, we hope you're all enjoying the pretty sights made possible by the Visual Upgrade. We're actively scanning all channels for any priority issues. We'd like to commend the warriors of the mod scene for swiftly releasing compatibility updates to unlock the potential of the new improvements. If you're playing with Exile, Unsung, CUP, ALiVE or many of the other projects out there, you'll find new versions for 1.60 out already.

We're now entering a very exciting time. Our destination is in sight. During June you'll get all the Intel on Apex and its release plans. There will be lots of activity on Dev-Branch while we prepare the game for 1.62 and start staging expansion components. Please be mindful of what Dev-Branch is and is not however. We welcome all your feedback, and really do need it, but if you'd like to experience the final product - consider waiting just a tad longer. The team is entering a stressful and rewarding period. Developers are stepping outside their normal roles and helping each other out where they can. We're working hard to ensure this will be the release Arma 3 and its players deserve.

We know you love mods, and so do we. Mod DB has kicked off another mod appreciation week for 2016. Share your favorite mods and thank your favorite modders simply by posting about them on your channel of choice. Add a download link and #modlove2016 to spread the love. Let's give those awesome developers the pats on the back they deserve!

One example of comprehensive modding efforts has probably not gone unnoticed: the release of Iron Front Lite Preview on Workshop. This may warrant a little history lesson for new recruits. IF is a massive World War 2 project that was also released as stand-alone game based on Arma 2's technology. The impressive full package has been ported to Arma 3 and is being updated to use its new technologies and features. The Lite version is free for everyone and uses lower-quality textures. There is a tonne more pieces of information in this forums thread, ranging from team credits to future plans. 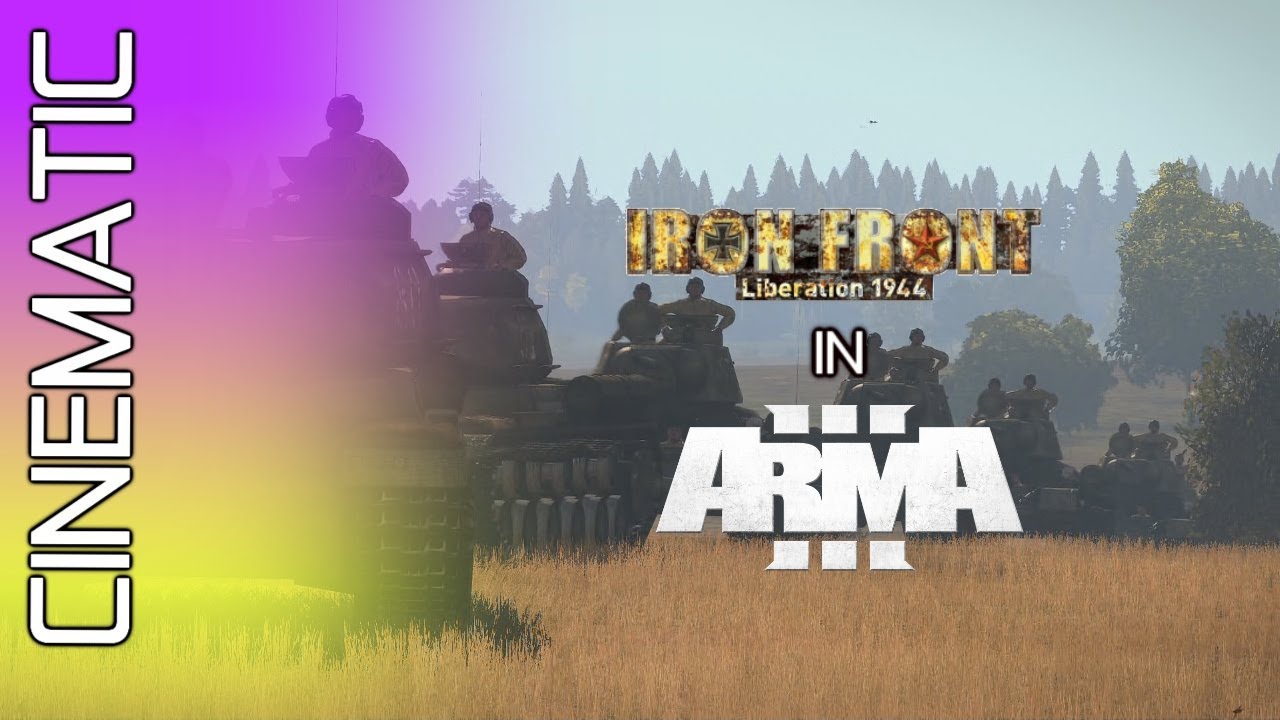 Another cool aspect is IF's cooperation with popular multiplayer mod(e)s. Play King Of The Hill on the Eastern Front by reading their set up instructions, and stay tuned for Battle Royale to come to this setting in the near future!

Did you already know that we've expanded our available Bohemia Interactive merchandise a while ago? You'll find a range of T-shirts in our store, with more designs planned in the future. Available also are printed maps, Tactical Guides and unit patches. Display them with pride!

UX Designer Petra Ivašková has shared with us her first OPerations REPort, on the new Respawn Screen that was released with update 1.60. She describes the major changes to the interface, which is now unified into a single panel, and a new approach to role and load-out selection. The report wraps up by mentioning customization options for modders and scenario designers. They will find in-depth documentation on the Community Wiki. Even though this work has been released to main branch, it can still be discussed on our forums!

The full list of changes for Arma 3, Arma 3 Server and Arma 3 Tools can be inspected in the SPOTREP and TECHREP. One of the things many of you immediately spotted were temporary compatibility issues on custom terrains. This was expected and done after a discussion with modders so that they could more effectively leverage the Visual Upgrade for their terrains. It did mean that full backward-compatibility could not be preserved, but a number of popular terrains have already been updated meanwhile. For the technically-minded among us, this means that the CAWorld base configuration class contains the VU parameters so that they can be easily inherited by any terrain. If your sky looks broken, please look for an update or contact the mod's author to request one.

Any issues can now be once again reported to Feedback Tracker. It has been slowly re-launched over the past weeks to make sure things are working well. Former tickets were imported with working re-directs to their new equivalent. If you had an account on the previous version, recover it by requesting a new password. We of course recommend you then configure your own, strong and unique password for access. The Phabricator framework also supports multi-factor authentication, which you should consider for additional security. Let us now get back to using this feedback portal for collaborative development of the Arma 3 platform in a constructive manner. Thank you for your patience while the system was down.