The last major update of 2015 has gone live on main branch; welcome to Nexus Update! Visit the improved Arma 3 website for Creative Director Jay Crowe's blog on all the highlights. We'd like to thank all participants of the RC tests for your assistance. Together with the players and mod teams we were able to catch a few things and address them ahead of release. Please allow some time for all server administrators and mods to update and adjust to the latest version of the game. We'll of course be monitoring Feedback Tracker and other channels for potential issues that may have slipped through. Your patience while we get the game running great with all improvements and mods is appreciated. An update of our client port betas is also in progress with our Virtual Programming partners. We hope to push that update out as soon as it's ready and tested.

Last Saturday's End Game Tournament Semi-Finals certainly had their fair share of excitement! We began with the E-bracket match between the Bohemia Dev Squad and Arma 3 Ambassadors (who were reinforced by Tangodown's NyteMyre). Pre-match voting indicated even odds, but ultimately the Ambassadors were victorious in a 2-0 win. Viewers were treated to many interesting combat tactics by both teams, and a vehicle destruction derby was especially entertaining to see. If you do watch the whole recording, be sure to look out for the part where all members of the Dev Squad chase an enemy Ifrit on foot! The last round did have to be restarted because of an unfortunate glitch causing the schematics to disappear. This should since have been fixed for the finals. We obviously praise the great effort by our team's top players, but our congratulations go to the Ambassadors who managed to form a cohesive team of individual players and secure their place in the finals.

For the second half of the semis, we witnessed a battle between Armalusa and RG Task Force. The first round was hotly debated, because it resulted in a tie with an advantage for phase II winner Armalusa. This was partly possible because of the mechanic governing the availability of the schematics in phase III. We do have plans to change this in some way, such as allowing both teams to pick them up at any time or another method, but it was decided to not change the mode's rules during the tournament. For now, if you want to secure the win, you'll just have to be decisively better and RG took on that challenge in the following rounds. The second round was won by RG after a phase II blitz and clever Ifrit park at the upload location. This result allowed the final round to be one of the most entertaining of the tournament. Armalusa knew they had to win and gave it their best. There was a lot of intense on-foot combat leading up to a spectacular finale. Armalusa was very close to completing the final upload, when RG's Cpl.Tristan stole the schematics in the nick of time! RG 1, Armalusa 0. Thanks for the show teams!

The finals of this first official tournament will be played coming Saturday at 18:00 UTC. We're planning for it to be a best of 5 match-up between Arma 3 Ambassadors and RG Task Force. We're psyched and can't wait for what promises to be a very exciting conclusion.

The Arma 3 Units 'Foundation Release' revealed in the recent OPREP has now gone live for everybody. At the same time we've published an iteration of the entire website, which tweaks the design and gets things ready for Units and further planned extensions. Kudos to Brand & PR Manager Korneel van 't Land for the coordination, Web Developer Jervant Malakjan for the bulk of the implementation, and the rest of the Publishing team for their great support. Well over 100 units have registered their community groups already; now it's your turn.

One random example of such unit is the Boonie Crew, who have also shared a very nice year-in-review video of their operations. Find more units to your liking by filtering on a range of criteria, such as attitude, gameplay, region, language and more. Feedback and issues are welcome in this forums thread and on the Feedback Tracker (Category: Units). 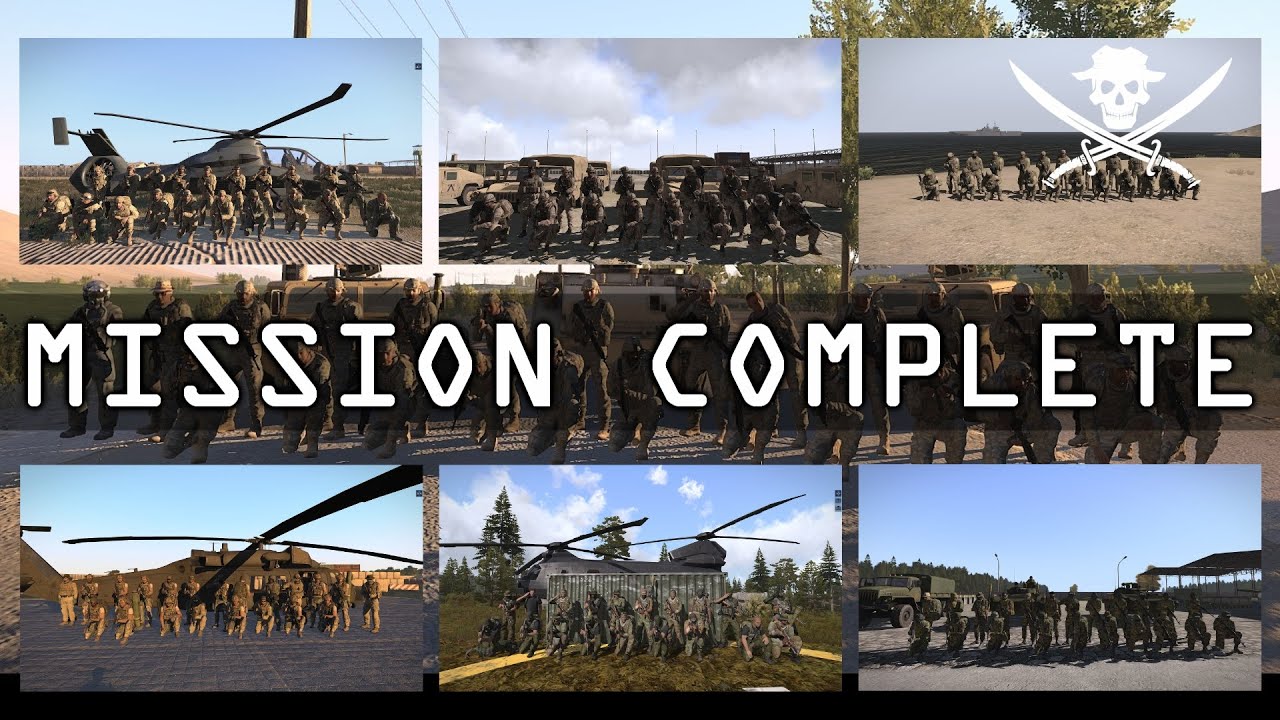 As tradition would have it, we've also updated the main branches of Arma 3 Tools and Arma 3 Samples. Go over Tools Commissar Julien Vida's new TECHREP for the details. Similarly, get your scroll bars ready and dive into all of the game's changes in its 1.54 SPOTREP.

Designer Radko Voda has submitted the technical documentation for Stamina on the Community Wiki. It explains how the mechanics work behind-the-scenes, its connections to other mechanics, and lists the script commands that can control it.

Third-party mod sync service withSIX has announced they have gone open-source. Their platform can now be collaborated on by anybody via GitHub and their various feedback channels. Best of luck to them with this new approach.