With your help and patience, we've finally honed in on the suspected culprit causing severe performance degradation for a group of players. The hotfix released today improves the situation for a lot of people who reported back to us. In another section of this report, we explain in some more technical details what caused the issues. This is not considered the end station of this investigation. We're doing our best to address more issues in this area. There are many factors that lead to problems like these, which probably would make for an interesting Dev Hub post in the future. Ultimately, however, we strive to more effectively prevent such issues from ever reaching you, the player. Our apologies and gratitude for assisting us in finding the first tangible clues that lead to this step forward.

Community Developer Greg Becksted has announced that an upgrade to the forums' back-end software is currently underway. From Tuesday 09:00 CEST until approximately Thursday 11:00 CEST you will not be able to start new threads or reply to existing ones. Part of a plan to facilitate a unified Bohemia Interactive account for all services, we'll go from vBulletin to IPB and a slightly different User Interface and layout.

Greg has also shared a very entertaining Arma 3 ShoutCast of a Team-versus-Team match. This is one episode in a series of "Friday Night Fight" events. MicOne's narration of the VIP Escort in Zargabad gives a cool perspective on the small unit tactics employed during this session without respawns. We look forward to more of these! 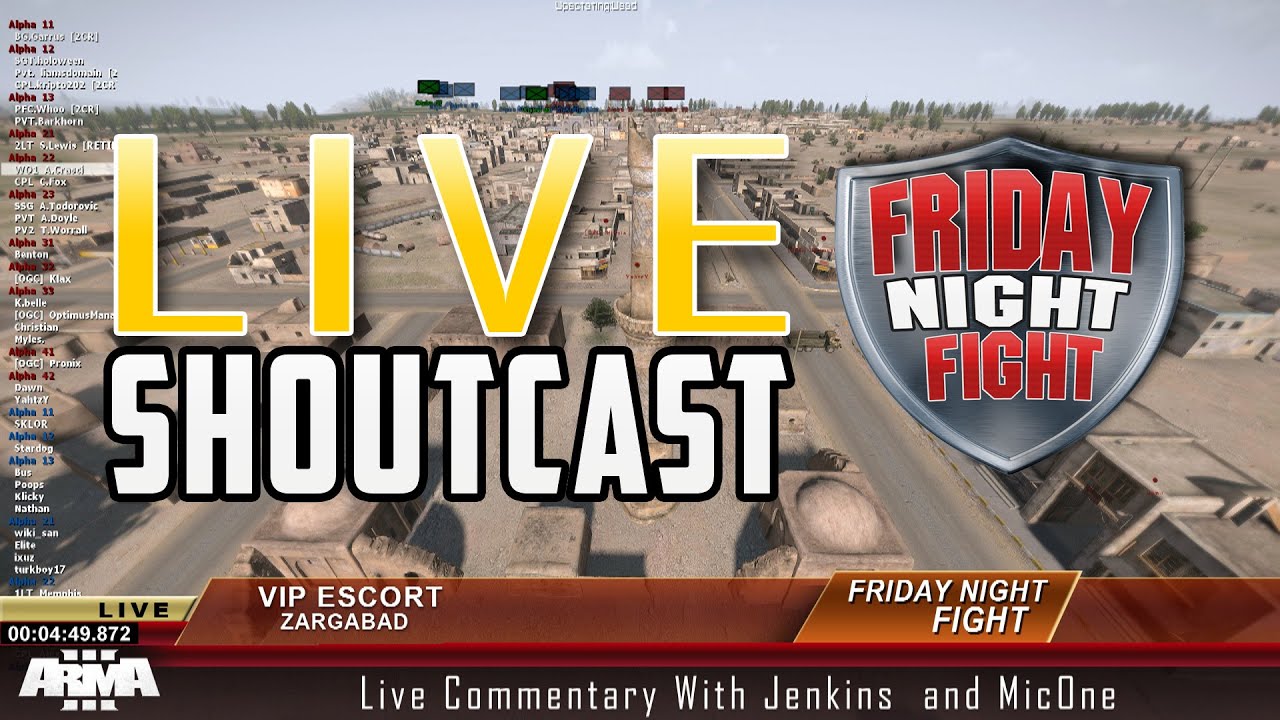 Windows 10 is scheduled for release tomorrow on July 29. Arma 3 will of course be running on this version as well. We've tested the game on various preview builds over the past months, and it mostly worked well. However, recent preview updates have revealed some new issues that we may need to work around or fix. Therefore, we recommend to delay your upgrade until at least update 1.50 (Arma 3 / Arma 3 Tools 0.94) has been released. We'll have had some more time to react to the 'final' OS version and learn how it works in the wild. In addition, our research of DirectX 12 is still underway for a future update.

Programming Lead Vojtěch Hladík and Designer Ondřej Kužel have been cooperating on Dev-Branch tweaks to vehicle steering. Ondřej reports: "To make driving more intuitive, fun and also to give individual vehicles more unique characteristics, we've made it possible to adjust the steering sensitivity for each vehicle separately (this applies to digital / keyboard input and ground wheeled vehicles only). Recently we've set up these characteristics for the basic vanilla vehicle types. That includes a neutral, jeep-like configuration of the Car_F base class, which allows mods to benefit from the improved steering from day one. More info about the configuration can be found on the Community Wiki. We're interested in your feedback!".

The premiere SECREP, meaning a main branch anti-cheat update, was published last week. It provides modest BattlEye stability and performance improvements, especially to servers intensely using client-side script scanning. Kicking has been temporarily disabled for scripts.txt scans (instead a warning message is shown on server launch). Admins may have to amend their filters according to what is logged in scripts.log. Once they are sure that their filters are compatible with the new version, they can re-enable kicking by adding "//new2" into the first line.

Various players who are already using Windows 10, have reported a "Driver Load Error 577" for BattlEye. This was a temporary issue introduced in one of the Windows preview builds (10074), and fixed by them in build 10162 (it also affected other software). BE will be monitoring for more errors of this type. Please contact their support team if it does still happen to you after updating Windows.

Another glitch causing frame rate problems while playing Arma 3, appears to be caused by erroneous continuous downloading of Workshop content by the Steam Client. Valve has been trying to fix this in recent beta versions of their client, but it may not have been resolved for everyone. As a work-around, visit Settings > Downloads, and restrict downloads to a time during which you're not playing.

So what is our current theory on what caused the performance troubles that prompted the hotfix? During March 2015, we introduced an optimization to the way PhysX collision data is loaded (yes, the irony is not lost on us, but most optimizations are a battle between improvements and unwarranted side effects elsewhere). The data was baked into the game-ready model during binarization, so that the game could access it faster while streaming new parts of the terrain and scene. The trade off here was that the memory footprint of those models grew. Over time, more and more game data got re-binarized and for some PCs this clearly pushed the budget over the edge. Specifically in update 1.48, we believe the standard rocks were the biggest problem. The hotfix has optimized how the baked data is stored, which should help in most cases. This is where things get unclear, and further investigation and analysis of data is required. We still cannot reproduce the problems on our company hardware. There also is no clear or obvious common factor between those people who reported the issues. We do know that for some of them, using the default Windows memory allocator prevented the issues. It is slower overall than TBB 4, but also more conservative and it may handle the situation more gracefully. We'll keep hunting and finding alternate avenues to optimize memory usage.