Our thanks go out to those of you who've helped stress test the 1.48 Release Candidate (Steam access code: Arma3Update148RC) over the past week. The update is looking good, and on track for release this Wednesday. If you've found any major new issues, now is the time to share them with us on the Feedback Tracker. After reading these reports for the past weeks, you might have gotten the impression the entire team is working just on maintenance. However, work on the expansion is in full swing as well. Several community artists have joined the Tanoa art production army, and are producing new structures for the terrain. We'll also be sharing more details on iterations of Fatigue and Personal Protection soon. These are two of the more hotly debated aspects of the game, so our developers have splendid tweaks in progress. Please do keep reading; we're discussing some important security changes in the sections below.

The second Bohemia Interactive Humble Bundle has been live for a couple of days, but you can still grab one! Pay what you want for the majority of our games and support charity at the same time. A portion of your choosing goes to the American Red Cross and Electronic Frontier Foundation. Even if you already own some of these games, you can gift the rest (this does not apply to the $100 Bohemia Interactive Collection, which is 1 key). Act quickly, there's just a little over 2 days left.

The most recent weekly dev photo locks onto Producer Lukáš Veselý behind his desk in the Brno studio. His job is very important to the team and project running smoothly. He connects the developers to the rest of the company and its back office. Making games may appear to be all about programming, designing and producing artwork, but we also need to take care about the budget, legal topics, contracts and similar aspects. Closer to development, he defines workflows for multi-disciplinary teams and sets up pipelines to monitor progress. One example is a clear procedure for getting an asset from concept to release. Keeping track of new expansion vehicles, weapons and characters across all departments, guarding quality and securing a timely end result, is one of the many things Lukáš does to support the team. We thank him for making our lives easier!

Update 1.42 (Marksmen DLC) extended the Virtual Arsenal mode (LEARN > VIRTUAL ARSENAL) with a vehicle section. Clicking the Garage icon at the top of the screen will switch between personal equipment and vehicles. In this mode you can view all official and custom vehicles. A few statistics such as maximum speed and armor are shown for comparison. Holding the right mouse button and dragging will rotate the camera, while doing so using the left mouse button pans it. The mouse wheel controls zoom. With a vehicle selected in the categories on the left, you can do a few special things. The menu on the right lets you insert VR characters into any available crew or passenger positions. Vehicles that support it, will let you show or hide components such as the rear seats of the M-900 helicopter. Some vehicles also support several liveries or camouflage types (the recommended method for modders to set this up is VhC).

Of course just viewing the vehicles is not terribly exciting. Press the TRY button to immediately jump in and try the vehicle yourself. A few infantry and vehicle targets are available to test available weapon systems on. Importantly, Arsenal and Garage both let you try DLC assets without restrictions or ads! Advanced users can find more details about the modes on the Community Wiki. Booting up Garage for the first time is all you need to do for the "Virtual Vehicle Inspection" achievement, which has a global unlock percentage of 4.0% at time of writing.

What has the community been up to? Let us serve up a select few things that caught our eyes. The Binary Orchestra machinima team have released their "REMNANT" science-fiction short film. It's an impressive and creative use of Arma 3, mods and video editing that deserves to be seen. 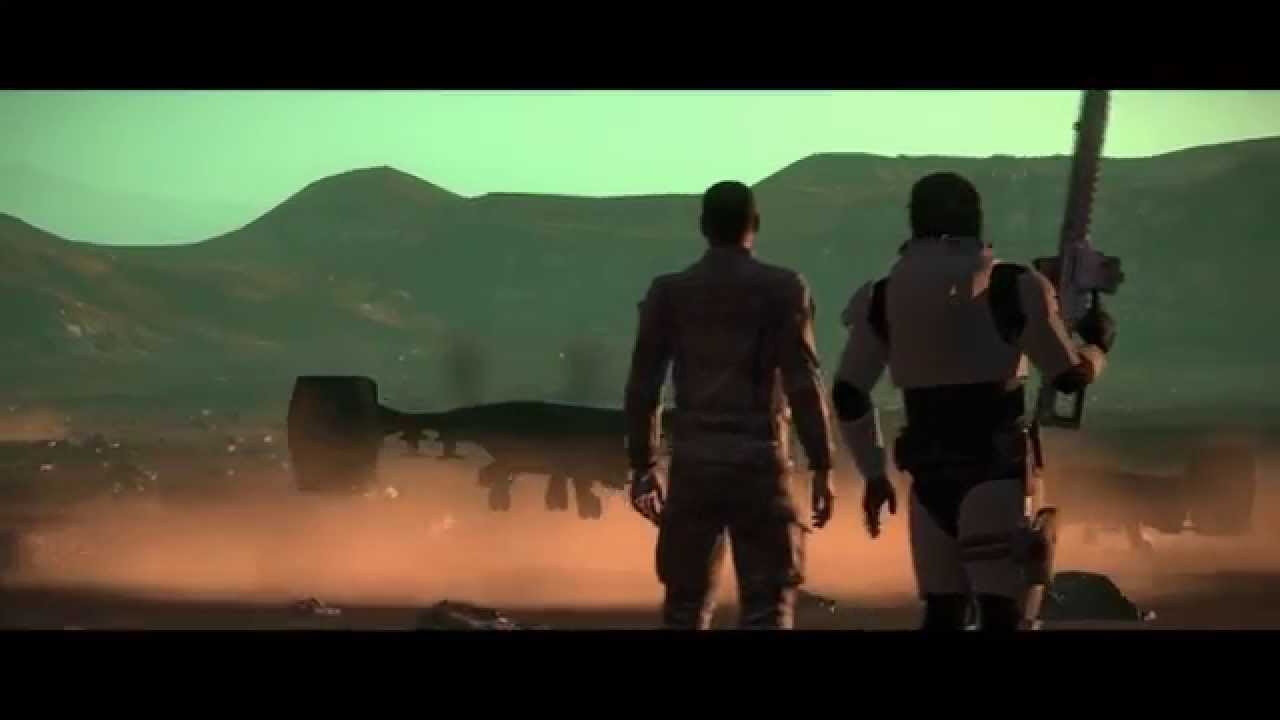 Modder Heaven have published an article containing their top 10 Arma 3 mods to look forward to in 2015. Check them out and let us know which projects you feel were overlooked.

Speaking of mods, Ian Birnbaum has shared an interesting perspective on Make Arma Not War winner Deliverance via PC Gamer. In it, he explains why he feels it does a better job of telling a story than many other first-person shooters. He praises the custom voice work, cinematics, player freedom, as well as tackling the controversial topic of a racial conflict set on Altis. Peaked your interest? Check it out for yourself and see if you agree with Ian!

Some community groups are so serious about their experience, they create dedicated content and mods to enhance their experience. One such group is the 3 Commando Brigade. And they are not restricting use of their British Armed Forces equipment to their members. Anyone can download their work or apply for a spot in their ranks.

We're planning a significant change in update 1.50 in order to combat a common exploit. The change should not cause many problems, but it can cause confusion. Effectively, we intend to disable 'file patching' by default. File patching is the ability for the engine to load local scripts and other files to override versions in packed addons. Without file patching, the game only loads data from PBO and EBO files. The technique is used by developers and modders to quickly iterate on their work, but also by exploits in multiplayer. So what is our plan?

Please let us know whether you see any problems with this approach on the forums.

Together with BattlEye, we've decided to allow for the possibility to update the anti-cheat files on Arma 3's main branch more frequently. The motivation for this is to react more quickly and flexibly to new security threats. We want to do these small updates (only several megabytes) separate from game updates, so that we can rapidly isolate potential issues, and even revert changes if need be (for example if new restrictions affect too many players negatively by combating hacks too aggressively). There will not likely be elaborate change logs for these updates, but we will start a new type of Security Report (SECREP) on channels like Twitter to alert you about them happening.