Hi, guys! Recently, we've published some changes to the Arma 3 campaign. We'd like to discuss the motivations behind our work and share some of the features and improvements it has brought about.

During the development of Arma 3 and its campaign, we had to make many decisions about what we wanted to do and what was feasible in the given time frame. Although we strived hard to find a good balance between stability and extra detail, there were some things that we wanted to develop further. After Episode 3 was released, we identified certain campaign systems we felt that we could expand: gear persistence, interaction with the gear pool, and patrols. 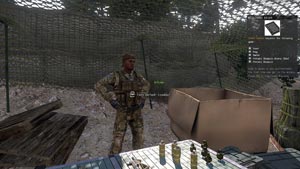 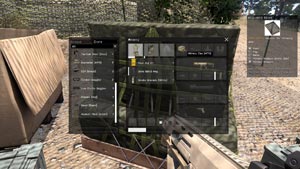 Our original plan covered the items that have the biggest impact on gameplay (i.e., weapons, attachments and magazines), so we gave players the ability to gather such items and carry them from one mission into another.

Since - at the beginning of our development - not all assets were so solid, narrowing the selection to only the most important types of the gear also saved us a few headaches. We also wanted to make sure that players would always have the required gear for any given mission (imagine a player starting a scuba mission without a rebreather). For these reasons, I created a system that allowed a designer to set up any unit's loadout in the mission config and specify if the gear should be persistent or not.

The core idea was to make player’s gear and the gear of his squadmates persistent through whole campaign. Such persistent gear was taken from the base's armory when units were heading into the mission and returned back when they returned (if they survived). However, through testing, we discovered that having persistent gear on squadmates was actually viewed by our player-base as a bug.

Players often wondered why 'their' weapons disappeared, or where 'their' optics went, etc., missing the fact that their squadmates had the gear equipped. To counter this, we set up a simple rule: gear is persistent for the player and all units under his command. So, if player is responsible for the unit, he can equip it (via the briefing menu) and the unit’s gear will be persistent.

While this schema worked, it became obvious from the reaction of the community that persistent weapons, magazines and attachments were not enough. People wanted all gear to be persistent. The core campaign patching task was there.

The issue was quite complex - and we wanted to be careful to make sure player's campaigns would always be playable and stable - but we made a plan to move forward:

Hopefully, it will feel natural to the new guys starting the Arma 3 campaign. And, for the veterans that have played the campaign and want to give it another try with these improvements, notice that there is a new cargo box on every armory with the stuff you were previously missing. There you can find all the uniforms, vests, headgear, goggles, backpacks and items you gather on the missions and patrols. Make good use of it! 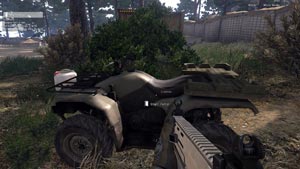 The last big system we wanted to improve upon was Patrols. This was quite a big kind of beast - very 'sandboxy' stuff - that could be approached in many ways to different levels of detail.

From the feedback we got, it was obvious people wanted 2 things the most:

Implementing those features to the existing campaign systems was not so trivial. It was by no means just adding parked car or two on the base compositions! The problem was more about creating a system for triggering the patrol with and without the squad and/or vehicle in a way everyone will understand. The goal was to find a solution that allowed us to add what we wanted, but avoid adding new menus and conversations. Different approaches were tried until we found one that did the trick and the drawbacks and limitations were acceptable.

We have now added the possibility to trigger a patrol by interacting with one of the new, dedicated vehicles and, also, changed what happens when patrol is actually triggered. Instead of starting the mission immediately, a start point selection screen is displayed instead. This is especially handy for situations where the player is starting a patrol from the middle of the hub by jumping into the patrol vehicle.

A quadbike has been added to every base in 'Survive' and 'Adapt'. If a player gets in, he will start patrol without the squad. The quadbike is persistent, so if player gets to the base on different quad, the former one gets replaced. On every base in 'Adapt', there is also an offroad dedicated for starting patrols.

Squad selection mechanics are loosely linked to the way patrols are triggered. This allowed me to avoid creating new menus and conversations, yet still give players the possibility to go on patrol alone on foot, alone in vehicle. On the 2nd and 3rd base, where most Points of Interests (POIs) are available and new players know more about how to command their squad, there are several guerilla fighters in the vehicle: the player’s patrol squad. The squad and the (offroad) vehicle are persistent. If a squad member dies, he is gone and must be replaced. Take care! There are a limited number of replacements available. 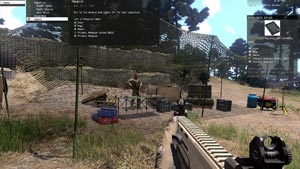 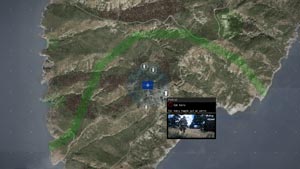 Extending gear persistence to all items was just the first step. Another big issue that brought a bunch of complaints was the way the player interacted with the armory; specifically, the automatic re-equip for the next mission.

From the beginning, we wanted to give the player some freedom about what equipment to take into the next mission, yet, maintain some control over it to ensure he will be able to complete it. The obvious solution was to give the suitable gear to the player before he leaves the base and allow him to re-dress afterwards. This was a simple fix, but not ideal; testing demonstrated that the continuous re-dressing turned out to be quite annoying. So, this became our #2 issue to fix.

I sat down with the mission designers and created a list of required gear for each mission. It turned out that only few of those missions really needed a specific item or piece of gear to complete. So, the definitions can stay quite vague, giving players the freedom of choice they were asking for. With the specifics of every mission’s required gear, I could finally start writing the new system. While working on it, I also revised the current mission flow for the bases and created the dynamic navigation system.

Now, when you select the mission and complete the briefing, you are no longer teleported directly to the armory and re-dressed. Instead, your gear is scanned and compared against the mission’s required gear. If you have everything needed for the mission, you are directed towards the assembly point. If you don’t have the gear on you (or you 'lose' the required gear on the way to assemble point), you are automatically re-directed to the armory, and you simply cannot leave the base.

When you get to the armory, the list of required gear is shown to you, so you can quickly check what you were missing. During the first visit, you don’t need to search for it; the gear is given to you automatically (and, in case you want to try the mission with the recommended gear, you can still get it by interacting with the armorer character).

There were also several issues plaguing the equipment persistence with vehicles. Some of them were related to the vehicles in patrol; specifically, the way the information about the content of their cargo was handled.

I requested bunch of new commands and improvements to others so, hopefully, this should all be fixed by now. No need to worry about putting some stuff into a backpack, vest or uniform and then throwing it into the vehicle cargo.

That wraps up the major improvements to the campaign. Of course, we addressed numerous other issues and made tweaks here and there (which you probably will not even notice unless you suffered because of one of them), but that is nothing cool to write about.

So, in case you are thinking about giving the campaign a second try - or if you didn't try it yet - grab your favourite weapon, take the gear of your choice, and smash through The East Wind. Good luck, soldier!