We're excited to finally present our newly improved Altis terrain. As we mentioned previously, this update includes two significant location additions alongside a variety of other modest improvements. Although we've only increased the total number of objects by 0.5% - bringing the total count to 1779883 - we feel that these additions make a real difference, offering new gameplay opportunities and adding new diversity to urban areas.

These are no crazy last-minute additions to the existing terrain; rather, they were part of our wish-list from quite early on. However, with development time running short ahead of Arma 3's launch, we faced a question of priorities. In the end, we decided not to include these locations and, rather, update them later in proper quality. Now they're out in the wild, we hope that when you see them for yourself, you'll agree it was worth the wait!

The big locations - 'Ghost Hotel' and 'Stadium' - are great new points of interest. In other more linear shooter games, areas of such scale could themselves be stand-alone maps. Here in Arma 3, though, it's just another tasty piece of an already rich Altis pie. These unique areas offer up new possibilities for single and multiplayer scenarios. Off the top of my head, you might fortify the Stadium and create some kind of siege mission. Want to be more playful and fool around? No problem: organize a multiplayer athletics event!

The Ghost Hotel is a different cup of tea. It's quite a large and atmospheric location, featuring several unique structures. There's the main hotel building - a multi-storey structure that's ideal for multiplayer CQC - nestled alongside swimming pools and apartments. The whole compound has been deserted for several years, so the overall look and feel is quite creepy; the place has a distinctive atmosphere, particularly at night. We're looking forward to seeing what scenarios you come up with. 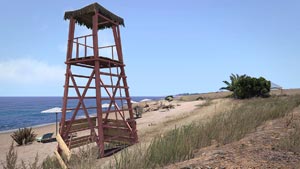 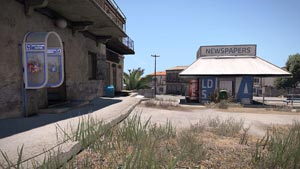 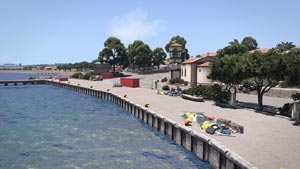 Aside from these new locations there are plenty of authentic extras to be found all across Altis. We've added kiosks, ATMs, phone booths, playgrounds and other details to streets, beaches and ports. These improve the overall visual impression and offer up more gameplay options for custom scenarios and existing mods. These new objects can also be placed via the in-game editor. Besides these additions, another 80 signposts were added to crossroads all over the Altis to improve navigation, and some flat, boring fields in the eastern part of Altis were improved by terrain sculpting and vegetation tweaking.

Stratis and Altis also use a newly introduced static ID technology. This should guarantee that the IDs of objects placed in a terrain's WRP will remain the same no matter what we add/remove/patch in the source map project. In other words, for scenarios that use specific IDs, this should be the last time a massive change of IDs will occur. 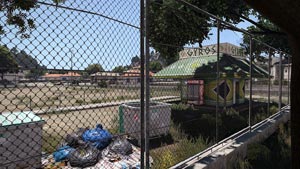 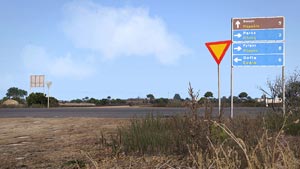 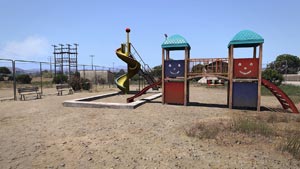 The new version of Altis also includes a batch of fixes that were previously reported in the Feedback Tracker by you, the Arma 3 community. Thank you very much for each one of them! However - although we've tried our best to avoid major disruption - please keep in mind that newly placed objects may affect your existing scenarios. We advise you to check your scenarios after the map update to ensure their functionality and, if necessary, to reposition your mission around newly placed entities.

Although we've increased the complexity of certain locations, our testing indicates that there's no noticeable stability or performance impact associated with the new additions. However, in case you encounter any map-related problems (e.g. floating/misplaced map objects) feel free to report it on our feedback tracker, using the category 'Visual-Environment'. We hope that you enjoy the enhanced version of our terrain as much as we do. See you all on Altis!